75 years of freedom in 75 iconic images

A visual history of India’s birth and growth, fears and tears, setbacks and success 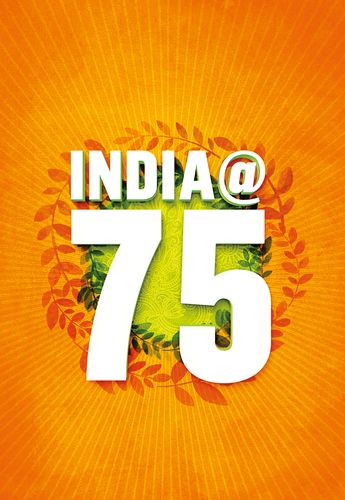 How far back does your living memory take you? For at least two-thirds of Indians, the earliest memory might not go beyond The Jungle Book jingle on Doordarshan, ‘Jungle jungle baat chali hai’.

There is a bit of paradox about India’s 75th birthday celebrations. Over half of us attending the party are below 35. For a young country, then, a platinum jubilee is a mosaic of memories, only half of which they have lived through. The other half of the mosaic are borrowed memories. Two-thirds of these belong not just to a previous century, but to an entirely different millennium.

India has changed in so many ways over the past 75 years. In the clothes we wear, the food we eat, the amenities we use, the attitude we sport, and even the jargon we speak. Some of these changes happened almost overnight; most others happened slowly. We changed, not realising we are changing.

Yet, as we pull out these memories, pore over a picture, or listen to an anecdote, we realise that there is a bit of each of those 75 years in the India of today. One sees it in the many badges of honour that India at 2022 wears, and also in every ugly scar that she cannot hide. Every fear and tear, every thrill and triumph of the past 75 years is stamped into her visage, and her psyche.

For this Independence Day, THE WEEK has curated a special album. We have pored over archives, revisiting the individuals and events that shaped the country over the decades. We have brought back a picture from each year, to recount a history of India in 75 images.

The album is a walk through India’s memory lane. Some memories glitter like gold; some have faded with time. Each of them, however, tells the story of a continuity to the present day. A rocket on a bicycle that began our odysseys to the moon and Mars. An early BCG vaccination campaign which laid the foundation for the world’s largest vaccination programme. A film whose dialogues are part of our conversations even 47 years later. A rural milk collective that made India the world’s largest milk producer. A war victory that reshaped the subcontinent; and the other war that still influences every military decision we make.

These are the events that string together the story of India’s journey from a momentous tryst with destiny to the celebration of Azadi ka Amrit Mahotsav.