Why CUET is the best bet for college admissions 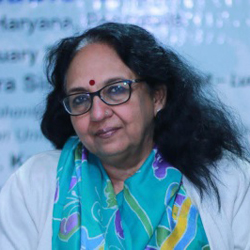 The Common University Entrance Test (CUET) is under way. The computer-based, multiple-choice test is conducted by the National Testing Agency established in 2017. It is a radical departure from the previous method of admitting students on the basis of marks in class 12 board examinations. The competition is fierce. There are about 69,500 undergraduate seats for which almost two lakh students will be competing.

CUET has to led much debate, mostly centred around two points. One is that instead of rectifying the anomalies in board results, an additional examination has been foisted on students. The second is that CUET will encourage the coaching-class culture, the board exam having essentially lost its relevance. After all, only 50 per cent is required in class 12 to be eligible to appear for CUET.

Whatever the argument may be, CUET has more advantages than disadvantages. Different boards give widely disparate marks and a Central university has to accept all boards as the same. There is no method of equalising the different board results and hence disproportionate number of admissions may take place from one board. Those against CUET say that an equalisation process should have been put into place, like working with percentiles. But, there are at least 33 state boards, besides the central boards and the International Baccalaureate. Trying to equalise them would be a nightmare. CUET cuts across all this and eliminates distortions.

As more Central, state and deemed universities participate in CUET, the multiple entrance exams that universities conduct can be eliminated. In any case, admissions through announced cut-offs in different colleges had become untenable. With more students scoring 100 per cent in all subjects, even those with marks in the high 90s were failing to land the college or subject of their choice. Obviously, something was wrong.

Moreover, CUET has sounded the death knell for fake marksheet rackets. This had grown into such a specialised 'industry' that it was near-impossible to detect fraudulent marksheets. CUET will also eliminate fake admissions. I have myself caught students who were never admitted to the college, but possessed an ‘admission slip’ on the opening day of the college.

CUET will also put an end to long lists of recommendations and desperate pleas by parents and guardians. This will allow the admission process to take place in an orderly manner. Further, over-admissions used to take place because there was no way of accurately figuring out the exact cut-off marks in particular subjects. The rule being that all those who had marks above the declared cut-off had to be admitted; there have been cases of double the sanctioned strength being admitted into a course. This will be eliminated through CUET and subsequent counselling.

As far as the coaching culture is concerned, it has been reiterated time and again that the relevant books for CUET are the NCERT textbooks used for class 12. So really no further coaching should be required. Nonetheless coaching classes seem to have mushroomed and even schools have organised special preparation for CUET.

However, the culture of coaching classes and private tutors has been prevalent for years. Similarly, students have always attended coaching classes for entrance tests to professional courses like medicine and engineering. This is nothing new. What is new is the excitement surrounding CUET. There have been glitches in the conduct of the examinations, but these will gradually get ironed out. Also, the examination itself will evolve with time. Till then, more success to CUET.

Sharma, former president of the South Asian University, taught at Hindu College, Delhi, for 37 years, during which she was principal for 10 years.