If one has the necessary balance and mastery, one can invoke Kali: Sadhguru 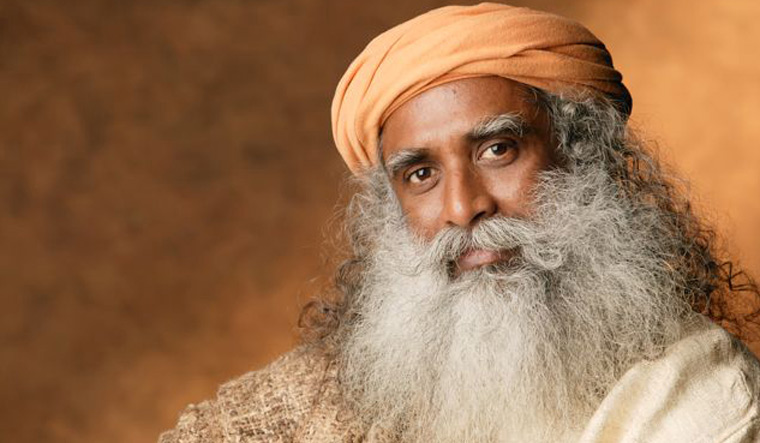 In Sanskrit language, the word kala—and the feminine form of it, kali—mean time and space, which are seen as one thing. When we refer to space, we are talking about emptiness or darkness. It is not a coincidence that in many Indian languages, kali means empty and kala means darkness.

It is important that we do not look at darkness as some evil force. The whole existence is pure darkness. If you look up in the sky during the day, the sun dominates, so you cannot see things the way they are. In the night, generally you notice a lot of stars, but the stars are just small specks. The vast expanse of the sky is pure darkness.

In the lap of a boundless expanse of darkness, just a little bit of light is happening here and there. Light is a burning up of something. Whether it is a lamp, a bulb or the biggest source of light that we know as the sun, all of them are burning up. An electric bulb may last for a few hundred hours, and the sun will last for a few billion years, but they will both burn up. When everything burns up, only darkness remains. So darkness or empty space represents eternity. Light is a temporary happening, but kala or kali is forever.

Creation is a small happening out of this vast darkness. Until recently, the scientific community believed that creation has happened because of the Big Bang which occurred billions of years ago. But now some are saying, “It was not just one: a series of bangs must have happened.”

It is amusing for me to hear this because these theories are beginning to sound just like yogic lore, something that we have always known from within. The best way to know this existence is by turning inward. Whatever has happened in the existence has been recorded, in some way, in this mini-universe of the body. In the yogic lore, we say that creation started as a roar, as Rudra. If you have ever driven a motorcycle or a car without the silencer, you will hear the sound bang, bang, bang, bang; but if you throttle up, it will roar. So, a roar is a composite expression of many bangs. 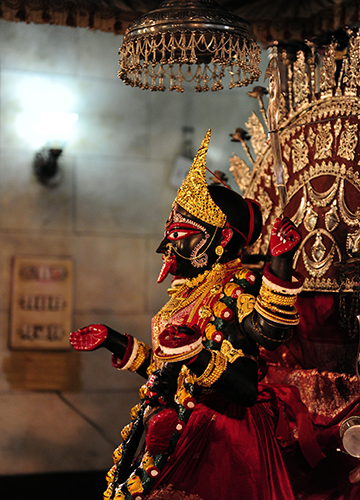 Symbol of power: The idol in Dakshineswar Kali Temple in Kolkata | Salil Bera

Modern science says that if you apply an electromagnetic force somewhere around a vacuum chamber, suddenly this vacuum—this absolute nothingness—will start throwing out particles of creation in terms of what is referred to today as “virtual protons and virtual neutrons”. But in the yogic culture, we are not such dry people. We see the same fundamentals of creation as Shiva and Shakti.

“Shiva” essentially means “that which is not” or “that which is absolutely still.” “Shakti” means energy. That energy which makes the atom work is the same energy which makes the cosmos work. When Shakti comes and plays, this absolute stillness that is Shiva comes alive in the first form of creation as Rudra—literally, the one who roared. A series of bangs happened because Shakti came and played around him and suddenly, what was absolute stillness broke open into a roar. So the basis of creation is Shiva, but the first act of creation is from Shakti.

In this culture, the energy of Shakti is identified as the feminine or as Kali, the most powerful dimension of life. You will even see calendar art depicting Kali standing on Shiva’s chest, who is lying there dead. This is to impress upon you that the masculine is lifeless unless it is invigorated by the feminine. Kali is the force which sparked the transition from emptiness to creation, from unmanifest to manifest. Hence, she is of furious nature, the mother of all creation. Kali is seen as dark not because of her complexion but because she is in a space that is absolutely empty where there is no light.

While Kali symbolises the very fundamentals of creation, she is more than just a symbol. In the Indian culture, people knew the technology of making deities. Yogis of the past established and let loose various kinds of energy forms, known as gods and goddesses, which were made available to people to assist them in certain aspects of their lives. Kali is a specific dimension of energy, a very fierce form and powerful force in the existence, which has been enshrined in many places. She is not just an idol or something you believe in but can become a living reality for you—she can walk with you, because once an energy body is created, a physical body can manifest. If one has the necessary balance and mastery, one can invoke Kali and an incredible level of empowerment can be achieved.

Ranked amongst the fifty most influential people in India, Sadhguru is a yogi, mystic, visionary and a New York Times bestselling author.