Yet to see a leader as committed, passionate, driven as Virat: Sandeep Patil 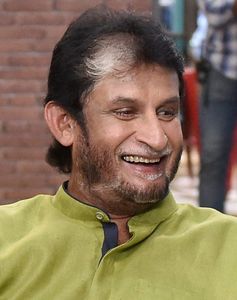 Virat Kohli’s decision to quit the Test captaincy surprised many. Not me. While it appeared to be a knee-jerk reaction stemming from a series loss in South Africa, to me it was a well-planned call.

If I know Virat well, he may have seen that something was coming in the way of giving his best for the team as a captain. With Virat, that “something” need not be big; tiny is significant in his dictionary. Let there be no doubt that he gave his 150 per cent to the job and a failure to give 1 out of that 150 per cent will bother him no end. That is the only explanation I have for him quitting the T20I and Test captaincy.

In my four-decade association with international cricket, I have played with and against many fine captains. But, with due credit to all those greats, I have yet to see a leader as committed, passionate and driven as Virat. I will not say he had these qualities when I first interacted with him as director of the National Cricket Academy. He was a teenager then. I saw the transformation taking place when my selection committee picked him as captain after Mahendra Singh Dhoni quit during the tour of Australia in 2014-15.

Captaincy brought out an even fiercer competitor in him, and leadership (yes, it is a different entity from captaincy) saw him going beyond just bat and ball. Virat wanted his players to get everything right, and that included meals.

From what I gather, he put an end to feel-good, non-nutritious ghar ka khaana cooked within the team on tours. He trained hard and led by example in that sphere as well. I accompanied the team as chief selector on the 2016 tour of the West Indies. I set out for my morning walk at 5:30am and noticed a figure on our Antigua hotel lawn. As I drew closer, I saw Virat deep in thought, doing yoga. I walked on and returned only to learn that he had hit the gym after yoga. He got a hundred that day.

I do not think anyone trained as hard as him. All that you see on television—those eyes full of focus and concentration, that ‘I-mean-business’ body language’, that intensity and commitment—is for real.

Virat is not abnormal, but he is beyond normal. Whatever he spoke about, he delivered and I am moved to call him the greatest cricket delivery boy of our generation.

I cannot help but put him in the bracket of Tarzan and Hercules. He brought in a different kind of fitness culture into the team. A player, however talented, will not get into his team if he falls short on the fitness aspect. With Virat, it has to be watertight.

I have had the good fortune of being at selection meetings with Dhoni and Virat. Both had a simplistic approach. With Virat, it was simpler. He knew exactly why he wanted player ‘A’ and what that player’s role was. I do not remember a confrontation, but I will never forget his clarity of thought.

Some former players and a section of the media have slammed his behaviour and so-called undesirable aggression. But has he done anything that broke the rules? Have there been any complaints from his coaches, teammates, umpires and referees, or from his board for that matter?

No man is perfect, but I find condemnation of his on-field mannerisms rather unfair. To me, all that aggression reflects the kind of passion he has. He belongs to a special breed and you have got to know him to understand where he is coming from. We have had many conversations about the game and our relationship blossomed at the NCA. Winning is paramount to him and that extended to even when we played a game of badminton. He is as much a, if not a greater, character than Viv Richards, Ian Botham and our very own Kapil Dev.

It will be difficult to emulate Virat, the born leader. You can talk about doing so, you can even do so. But can you carry that passion and desire to do it for seven years like he has done? Nothing is impossible, but this sure is.

Much of the focus will now be on Virat the batsman. All I can say is, good luck to the opposition bowlers. He is going to come hard at you all.

Patil is former chairman of selectors and member of the 1983 World Cup-winning team.