This is just the beginning: Rajesh Subramaniam 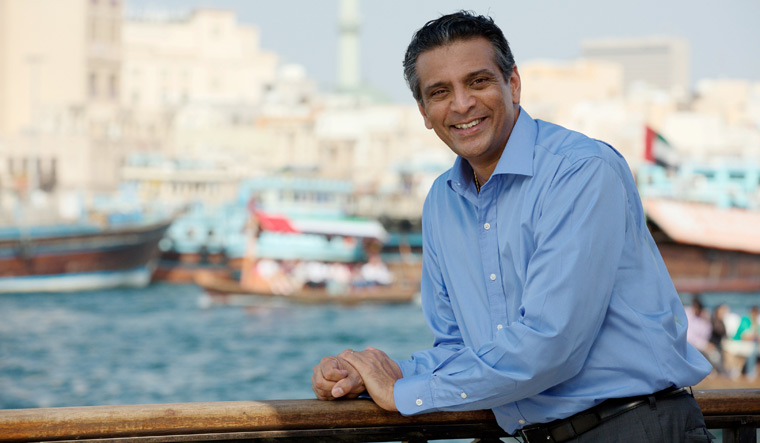 Raj Subramaniam is an epitome of the great American dream—hesitantly moving to the US as a student and today heading one of the world’s biggest logistics companies. This not-at-all-confused desi doesn’t mind sharing the gyan on what education and hard work can get you. Excerpts from an interview:

Q/ Indians are increasingly making it to the corner offices of global corporations. What does this signify?

A/ Folks who come in from India bring in certain skills and with the global economy’s focus on digital transformation, those skill sets are increasingly valued. Second is critical mass. The number of people of Indian origin working in the US has reached critical mass in the last 30-40 years. There’s just more of us here!

Third is the growing importance of India to the global companies. It was very telling especially when we were dealing with the Covid second wave in India back in April. We convened a Zoom call on a weekend on a moment’s notice and there were 60 Fortune 100 CEOs on the call, there was so much interest in helping out with the situation in India. On one level it was philanthropic in making sure we did the right thing, but it also signified how important India was for everybody.

I suspect this is just the beginning. If you look at the middle management layers of many companies, folks of Indian origin are doing extremely well.

Q/ That could well mean a lot more Indians leading companies in the years to come.

A/ There is opportunity for growth here, and I suspect that it depends on the factors I mentioned continuing on. If the skill sets that Indian Americans bring to the table are valued, then yes.

Q/ Is the Indian success story limited to a few specific areas? You did mention the new economy and specific skill sets.

A/ I certainly do not pigeon-hole Indians in that manner. I am a living, breathing example of exactly the opposite of what you just talked about. Yes, initially there was, with a lot of leaders in the tech sector on the west coast, but I am an example of not that. I don’t want to generalise, but I am the opposite of the narrow view you just talked about.

Q/ What advice would you give an Indian executive planning his future?

A/ You cannot fixate on what you know and then hope that it’ll carry you for the rest of your life. You have to continuously learn. The other factor that is really important is adaptability. Stick to some of your core values, but you also have to open your mind to adapt to new circumstances, embrace new cultures, learn new things.

I also advise people to continuously look beyond oneself—imagine what you can add to society at large. It doesn’t have to be anything large scale, it can even be something in your neighbourhood.