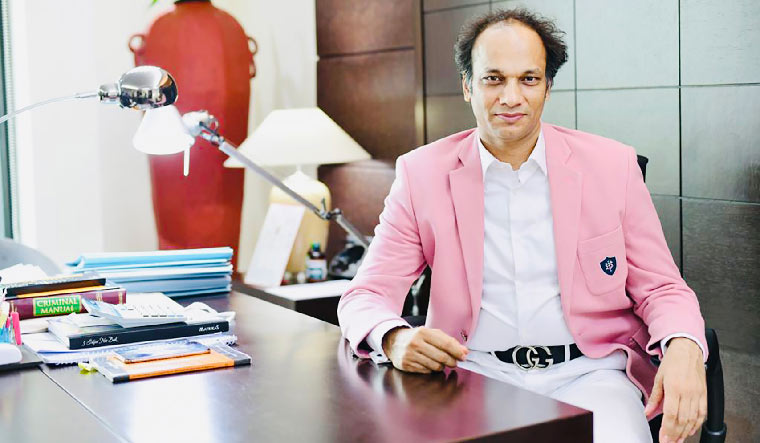 Mehul Choksi’s lawyer, Vijay Aggarwal, says the diamantaire faces no risk of deportation to India because he is no longer an Indian citizen. Aggarwal also denies reports of Choksi’s alleged affair with Barbara Jarabik, and says Choksi was abducted and taken to Dominica to make it easier for the authorities to deport him to India. “The brutality inflicted on him has shown the authorities in poor light,” he tells THE WEEK.

Was Choksi abducted, or did he go to Dominica on his own to avert an impending arrest?

Choksi had got a stay on extradition proceedings by challenging the constitutionality of the move to withdraw his Antiguan citizenship and extradite him to India. He was in a legally safe zone, so there was no need for him to go to any other country.

There are reports that he was travelling with his girlfriend Barbara Jarabik to Dominica?

False reports are being spread to create a sensation and malign his character. Barbara was only an acquaintance who moved in near his apartment and met him during walks. If Choksi wanted to travel or vanish, why would his family raise a hue and cry and inform the police immediately when he did not come home after dinner? Also, why would he leave his passport at home? So, it is clear that there is merit in his claim that he had not gone to Dominica on his own free will.

Why do you think he was abducted?

He was abducted and placed [in Dominica], so that it is easier to deport him from there to India.

What are the chances of his deportation?

Before I even comment on this, there are several questions that will need to be addressed first. How did the torture marks come on his person?

Questions like these are staring the authorities in the face. I am sure that, when it gets proved that he was indeed abducted, any chance that India ever had [of nabbing Choksi] would also be spoiled.

Should Choksi not surrender to Indian authorities?

Choksi is not a convict; he is only an accused fighting for justice. At the moment, he has presumption of innocence in his favour, and it will stay till charges are proved in a court of law.

Indian agencies say Choksi is an Indian citizen and that he did not follow due procedure while renouncing the citizenship.

As per section 9(1) of the Indian Citizenship Act, dual citizenship is not permitted. So, it is crystal clear that the moment Choksi acquired the citizenship of Antigua, he ceased to be a citizen of India.

What about the issue of revocation of passport?

An unnecessary controversy is being created saying that he needed to surrender his passport. This is ludicrous. When the passport was revoked by the Indian government, it became a worthless piece of paper. A passport is not like a ration card, which should be returned when one ceases to be a citizen.

Legally, what is your case in Dominica?

What kind of torture was inflicted on Choksi?

He was beaten and given electric shocks. His face is injured and eyes are swollen. He has been admitted to a hospital in Dominica and has tested negative for coronavirus.

If Choksi is sent back to Antigua, what are the chances of the Antiguan government deporting him?

There is no legal risk to Choksi in Antigua. There is a stay in favour of him regarding processing any request from India.