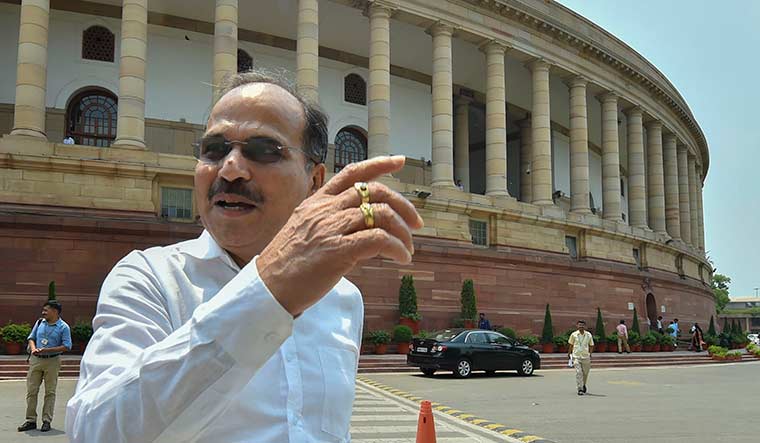 Q/ Why could the Congress-left alliance not get any traction?

A/ We got ourselves heard. But the contest between the BJP and the Trinamool Congress had gripped the minds of the people.

There were hundreds of issues that the BJP could have taken up against the Mamata Banerjee government. But the BJP resorted to a vilification campaign. It made personal attacks against the Trinamool supremo. It turned it into a Didi vs Modi contest. The Trinamool countered the BJP by raising the insider vs outsider pitch. They raised the slogan ‘vocal for local’. A lot of the BJP's strategy backfired as it agitated with the culture of the state. The people rejected the BJP's campaign, and Mamata Banerjee benefited from it.

Q/ The Congress lost even its traditional bastions.

A/ The Muslim community felt that the Trinamool Congress was better placed to defeat the BJP and consolidated itself behind Mamata Banerjee. The Muslims felt that the Congress-left alliance would not be forming the government. At the same time, there were Hindus, too, who were upset with the BJP's discourse, and they voted for the Trinamool. That explains why we were completely shut out in this election.

Q/ A section of Congress leaders feels the party opted for the wrong ally in this election.

A/ Fighting alone was not an option. And this was not a new alliance. The Congress and the left had fought together in 2016, too.

About the view that we should have aligned with the Trinamool, how could I pitch for an alliance with a party that has persecuted us?

Q/ In hindsight, do you feel the alliance with the Indian Secular Front was a mistake?

A/ We were in an alliance with the left. The CPI(M) felt that there was a need to give the ISF some space in the alliance, to keep them in the loop, so that the alliance's prospects are not damaged in any way.

Q/ There is talk of a federal front under the leadership of Mamata Banerjee coming together. Do you expect a challenge to the Congress's position as the pivot of the opposition bloc?

A/ Even today, the Congress is the largest opposition party. There are ups and downs in politics, but that does not diminish our national significance. Regional parties cannot make a claim to a national role in the absence of a national party leading the formation. The Congress is the best option to rally the regional forces.

Q/ In recent months, there has been intense criticism from within of how the Congress party is being run, and it is seen as reflecting dissatisfaction with the Gandhis.

A/ Those who say that a non-Gandhi can lead the party are living in fantasy land. The party is held together by the Gandhi family. Of course, a course correction has to be undertaken to instil confidence in party workers and build a connect with the people. I am sure it will happen soon.