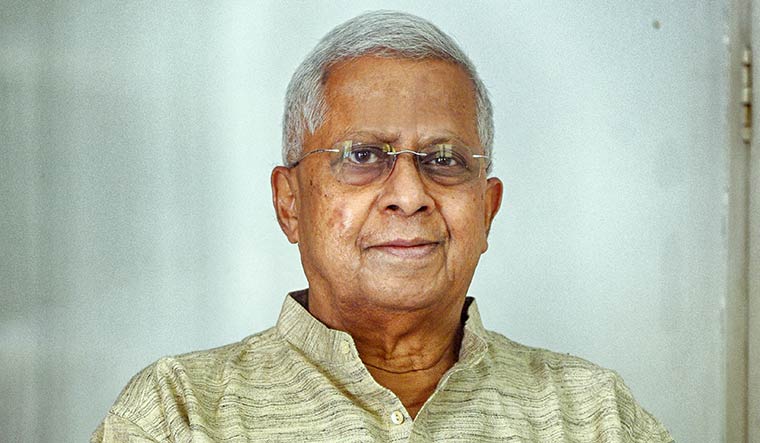 Q/ You were critical of the BJP after the defeat.

A/ I am a party veteran and I helmed party affairs in Bengal. I could not imagine missing an opportunity like this. It was shocking.

Q/ Did you want to run party affairs?

A/ Not at all. I told the party that I would like to return to the mainstream. But when I came back to Kolkata (after being Meghalaya governor), I was stonewalled by the current leadership.

Q/ What did you do then?

A/ I tried to work for the BJP in my private capacity. I am aggrieved that I could not give direction to the party’s campaign strategy.

Q/ Do you feel that is where things went wrong?

A/ Yes, of course. Only shouting 'Jai Shri Ram' would not serve the purpose. The state is different. The party gave slogans like 'Sonar Bangla' (golden Bengal), an idea coined by Rabindranath Tagore, to explain what it wants to do if it comes to power. But it lacked details.

Q/ But the party manifesto elaborated on that point.

A/ Common people these days do not read manifestos.

Q/ But the party had a high-voltage campaign.

A/ The party did not create a leadership rooted in the BJP ideology. It only imported people from outside. Garbage from the TMC has come and damaged the party.

Q/ But the same leadership did wonders in 2019.

A/ True, but they should not have forgotten that the 2019 elections were of and for Narendra Modi.

Q/ So Modi magic did not work this time?

A/ I am not saying that. The party could not formulate a strategy based on the Bengal elections, where Modi would not be the face. I told the party this, but found few takers.

Q/ You were also against "glamour girls" being made candidates.

A/ Did you see the picture, amid the election, where three glamour girls, who were fielded as candidates, were having a pool party with a senior TMC leader? This is irritating. How can one tolerate this? And see, all of them have lost. People are not stupid.

Q/ What was the Rashtriya Swayamsevak Sangh's role in these elections?

A/ The RSS failed to nurse the party here.

Q/ But the RSS has been quite active in Bengal.

A/ But not to the required extent. The RSS has to be a moral guardian. How can people who used to have a spartan lifestyle today be in the lap of luxury? The RSS has kept its hands off in Bengal.

A/ Mamata, too, had done it (personal attacks) in the run-up to the election, against the prime minister and the home minister. But, they would not understand the meaning of such verbal abuses. It is up to the state leadership to explain to the national leaders the meaning of these slurs and create an appropriate opposition to these. Our state leaders failed to do that.

Q/ How important is it for the BJP to stay in power at the Centre to reorganise the party in Bengal?

A/ It is not necessary, but staying in power at the Centre will be helpful indeed.

A/ As far as I know, he did not want to contest in this election. He wanted to be part of the election management team of the state BJP. But the party did not allow it. I don’t know why.

Q/ How can the BJP turn it around?

A/ [There can be] no turnaround as of now. We are at the disposal of Mamata Banerjee, and party workers would be attacked.

For future elections, I would like to see leaders in each district. And from those leaders should come the state leadership. No high-level import is required.