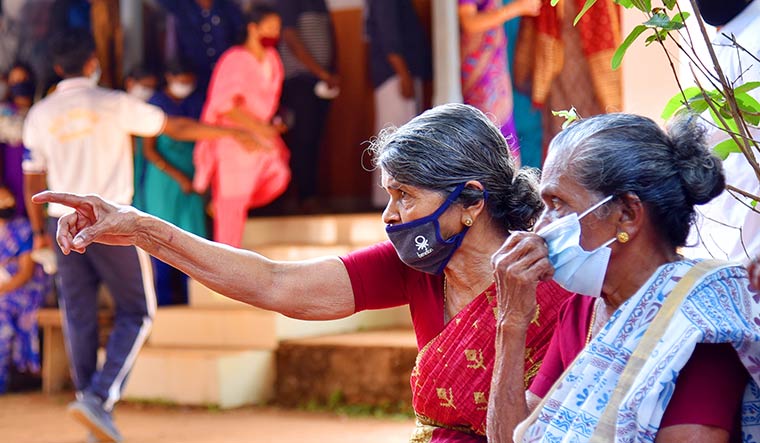 An axiom in psephology is that it is the female voters who decide whether a ruling coalition should return to power or not. In Kerala, where female voters outnumber males by 8.27 lakh, women played an especially important role in giving the Left Democratic Front a second term. “Women outnumber men in all consistencies in Kerala, and they supported the LDF in an unusual manner this time,” said psephologist Sajjad Ibrahim. “Women belonging to different ages, classes and castes voted for the left.”

Agreed D. Dhanuraj of the Centre for Public Policy Research, a think-thank that had conducted a post-poll survey that said 46 per cent of women voted for the LDF, and 37 per cent for the United Democratic Front. “This overwhelming support played a crucial role in the LDF victory,” said Dhanuraj.

Psephologists attribute this to the government’s good show during the devastating floods in 2018 and the ongoing pandemic-induced crisis. The welfare programmes that the government has been running since the lockdown last year played a huge role in winning over women. The free food kits for households earned a lot of goodwill. Sensing the threat, the opposition had tried to ridicule the scheme as “kit politics”. Obviously, it did not help its cause. “I would say both men and women voted quite politically this time, because this government touched their lives,” said J. Devika, researcher at the Centre for Development Studies.

Many women voted for the LDF for the first time. “Women are becoming more assertive in all spheres,” said Devika. “Politics can’t stay untouched by this formidable force.”

Both the LDF and the UDF had gone all out to woo women. The LDF manifesto had announced pension for housewives, while the UDF promised Rs12,000 per month for all women in the 40-60 age group.

It is another story that, despite this increasing focus on women, the number of female candidates was abysmally low. Among the more than 400 candidates fielded by the three major fronts in 140 seats, only 38 (around 9 per cent) were women. Only 11 of them were elected—10 from the LDF. Interestingly, it was a woman—K.K. Shailaja Teacher, health minister in the Vijayan government—who recorded the highest margin of victory (60,963 votes).

Said N.P. Ashley, a Delhi-based scholar: “Whether this [focus on women] would be built on, or abandoned for the sake of Kerala’s notorious feudal value system and capitalist economic system—both of which are terribly patriarchal—is something that remains to be seen.”