Taliban has reached out to India 24 times 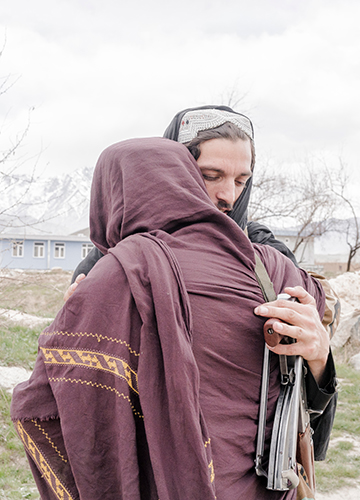 Friends in need: Two Taliban fighters greet each other during a meeting in Nerkh in Wardak province | Emanuele Satolli

Mohammed Umer Daudzai has been entrusted with the task of attempting political reconciliation with its eastern neighbour. In the past, he has served as President Ashraf Ghani’s special envoy for regional consensus building on peace and as the head of the High Peace Council secretariat. When IC-814 hijack happened in December 1999, Daudzai was working with the United Nations Development Programme and spent 10 days on the Kandahar tarmac with Indian negotiators. Speaking to THE WEEK from his office in Kabul, Daudzai said it was “critically important” for India to engage with the Taliban.

Edited excerpts from the interview:

Q/ What would be your main challenges after the US withdrawal?

Q/ You have been made special envoy to Pakistan to try and bring the Taliban to the table. You were assigned this task earlier by former president Hamid Karzai as well. How is it different this time?

A/ Back in 2011, Kabul was much stronger and much more coherent. The institutions were growing and the international support was unwavering. US-Pakistan relations were also much worse. But now I see for the first time that the Pakistani army and the government are on the same page. Back then, we were dealing with two states.

I also feel that Pakistan is concerned about the full-fledged return of the Taliban. There is fear about the domino effect it will have on Pakistan. Back then, there was no Tehreek-e-Taliban Pakistan, there was no other terrorist group that was hurting Pakistan, too. Now they are there. Pakistan is worried about a Taliban regime in Kabul. There will be natural resistance against the Taliban in many parts of the country. Also, anti-Pakistani terrorist groups may take shelter in empty spaces in Afghanistan and may try and hurt Afghanistan, Pakistan and the region.

The Taliban is no longer as loyal to Pakistan as it used to be. It is expanding its relationship with Russia, Iran and the Arab countries. We have to look at the similarities between now and 2011 and also at the differences. Those differences are the positive messages for us. We have to work on them.

Q/ You are saying there is a realisation in Pakistan that if the Taliban takes over Kabul, it might hurt Pakistan.

A/ I have been dealing with Pakistan for 40 years. The Pakistanis have various layers of policy options and they work on what suits them best. I think a moderate Afghanistan, which is friendlier with Pakistan than before, might suit their interests. Now, can they fit the Taliban within that moderate state? It is Pakistan’s challenge and our challenge, too. That is our common ground and that is what we are talking about. 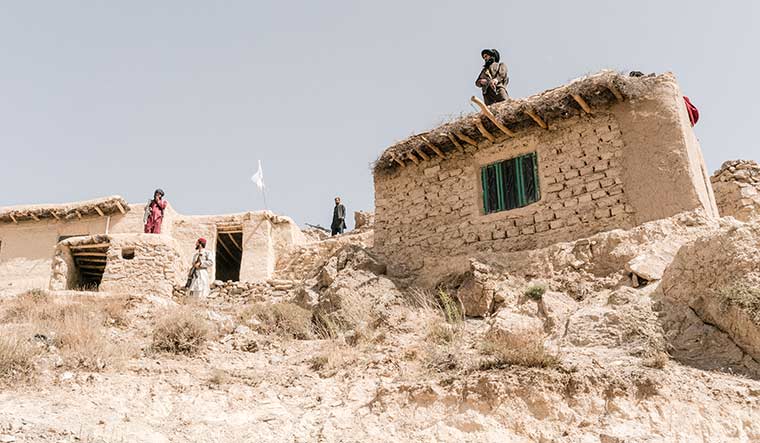 Q/ What about India’s concern that even if a moderate Taliban controls Afghanistan, it will be more friendly towards Pakistan?

A/ What I am talking about is a state that incorporates the Taliban as well. With respect to India, I am hearing for the first time the Pakistan army chief using the term geo-economic interest. In the past, the Pakistanis were not interested in that. It was always geopolitical and geo-security. Now they are talking about regional connectivity. With the level of misunderstanding between the countries, how can we ensure regional connectivity? Things have to change on the western front in Pakistan’s view and they will have to bring some changes on the eastern front. There are some openings, I understand. At least they tell me that they have some initial openings of dialogue with the other side, too.

Q/ The other side being India?

A/ Yes. I see an increasingly shifting narrative in Pakistan. It is no longer so black and white that India is an enemy and that your enemy’s friend is your enemy. I think the Pakistanis are thinking much more openly. A lot of things are changing around us. But, mind you, our current thinking coincides with the term of [Pakistan army chief] General Qamar Bajwa. We don’t know whether his successor will think exactly like he does.

Q/ Do you think Pakistan can deliver?

A/ Not 100 per cent. Pakistan and the Taliban no longer share the kind of relationship they used to do in the past. But Pakistan still enjoys a certain degree of influence and that is what we expect it to use positively. I do not think Pakistan controls the Taliban anymore. The simple fact is that the Taliban has other options within the region. 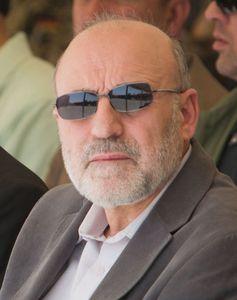 Q/ Would you elaborate on the other options?

A/ The Taliban has a very different relationship with Iran. They were on the verge of war in 1998. Now they have very good relations. There is suspicion that Iran might even be supplying it with arms. The Taliban enjoys good relations with Russia and China, too. Now, what does the Taliban need from those relationships? Basically, finances and weapons. At the moment, however, there are plenty of finances and weapons available within Afghanistan. So, what the Taliban needs is political recognition. Two years ago, it was a terrorist group and nobody wanted to talk to it. Today, there is a race to meet with the Taliban, talk to its leaders and host them. It is no longer dependent on Pakistan.

Q/ Will the growing legitimacy stop Taliban from going to the negotiating table? What could be the endgame?

A/ When it comes to legitimacy, one is the political legitimacy outside the country, which the Taliban has earned, like in the case of former US president Donald Trump calling the group his “friend”. But it will lose another legitimacy if it does not come quickly to the negotiating table, that is its local, village legitimacy. When the US forces were in Afghanistan, the Taliban was telling the villagers that their country was occupied and, as per their tradition, they should fight. And the villagers were joining the Taliban. Now that the US forces are withdrawing, the Taliban is gaining more on the external front, but it will lose more on the internal front.

The endgame for us is a moderate state which incorporates the Taliban. I think it is possible.

Q/ One country that has not opened any channel to the Taliban has been India. There have been various attempts to get India to talk to the Taliban.

A/ I visited India in 2015, when I was unemployed. I am grateful to key policy-makers who allowed me to meet with them. I told them to open a channel of dialogue with the Taliban. They said the Taliban had contacted them 24 times, but they did not reply. I suggested giving the group a positive reply when it contacts them for the 25th time. I think it is already a little too late. India’s self-isolation does not help.

What happened in 1999 with the Indian Airlines flight hijack was a very different episode. We are dealing with different leaders now. There is no longer Mullah Omar or Mullah Mansour. There are new field commanders. They love money. They have earned a lot of money. If they have become rich, they want to become businessmen in the future. They need to have friends in the region, outside Afghanistan, to do business with. My advice is, learn from the past experience, but open the channel of dialogues. And I know for sure, the Taliban will be more than happy to open that channel.

A/ Maybe. Maybe not. In 1999, you know, I was on the ground for ten days, I saw the whole thing. If I was an Indian policy-maker, it wouldn’t slip out of my mind. It would always be there till I am alive. I understand that there is a human dimension to that. But we have to overcome that.

Q/ Do you think India can help in keeping the institutions together in Afghanistan?

A/ The biggest challenge is the flow of finances. We cannot fund the Afghan National Defence and Security Forces (ANDSF) from our revenues. There are also challenges of the political management of the ANDSF. Moreover, there are problems with our social fabric, we are still not one united, cohesive nation. We still have those ethnic, linguistic issues. India can play a key role such as providing financial and political support and help in creating a politically cohesive environment. India is the most popular country in Afghanistan. When you are the most popular country, you can do a lot. 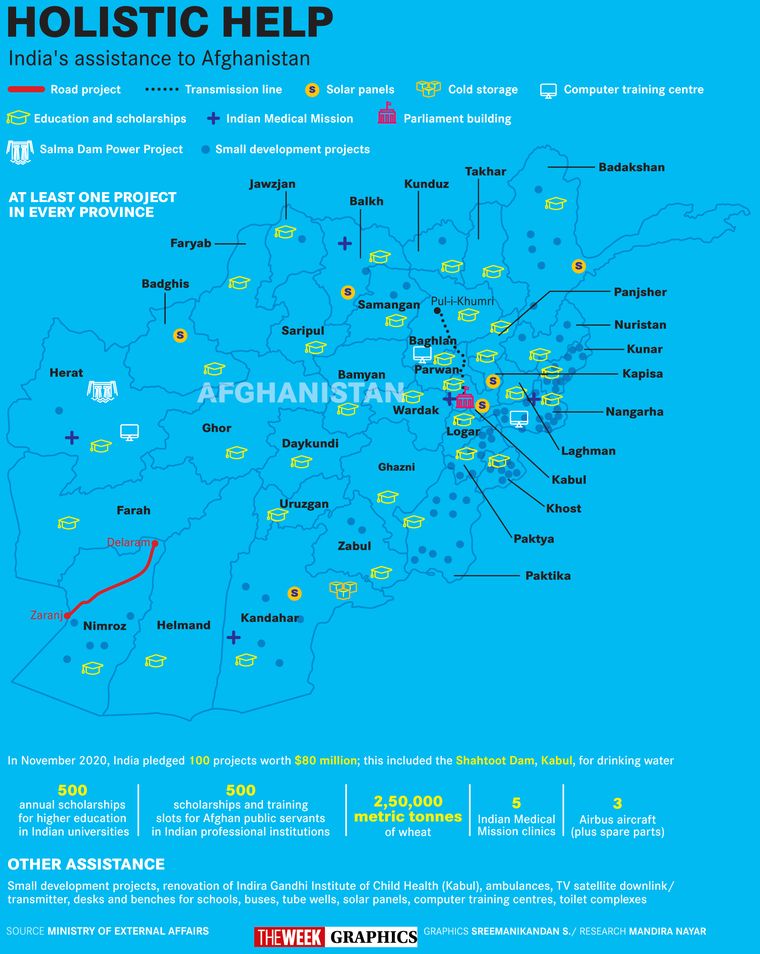