We will convince people to leave for their own safety 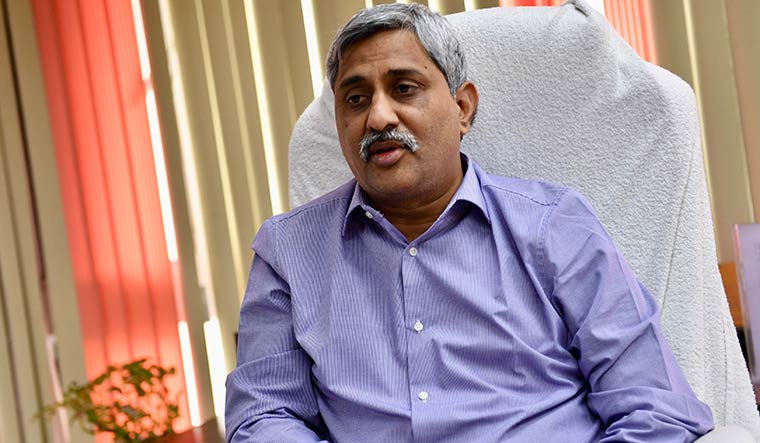 BCCL’S PLAN TO resettle people living around Jharia’s coalfield lost steam years ago. Prasad is trying to revive it.

How do you plan to resettle the residents?

Eleven thousand houses have been built. People who have legal rights over their land will get a full resettlement package. They will get a house, or compensation for accommodation. They will also receive funds to support their livelihoods for two years. The illegal settlers constitute around 65 per cent of this population. We are trying to increase funds to resettle them too, as it is extremely dangerous for them to continue living around the coalfield. They are worried about their future livelihoods. We are trying to find a way out. We have requested companies to give them jobs, but that will take time.

What steps have you taken to reduce illegal coal trading in Jharia?

The CISF is deployed at the mines to prevent scavengers from entering. We are trying to break the supply chain by cracking down on buyers who illegally purchase scavenged coal. If the coal is sold to establishments located within the areas we operate, we can intervene to some extent to stop this menace. However, if it is sold to traders or establishments in other districts or states, we need the support of the police.

What steps have you taken to prevent child exploitation in Jharia?

The deaths of children in the mines have reduced substantially. These children are neglected by their families. We have allocated funds for their education and skill development, and liaised with 500 anganwadis. We are working with rehabilitation centres to improve their health and well-being.

Have you seen similar issues in other coalfields in India?

No, I have not. These issues do not exist in the other coal belts. We are trying to overcome these challenges. I am sure we will be able to convince people to leave for their own safety.

BCCL has been blamed for Jharia’s high pollution levels.

Yes, that is our biggest headache today. We have taken a slew of measures to curb pollution in Jharia and Dhanbad. Large afforestation programmes are under way. It is now mandatory for coal-laden trucks to be covered with tarpaulin, and water is being sprayed on the mines to prevent coal dust from flying around. We are actively working to reduce emissions of toxic elements to improve the air quality in this region.

Are there plans for further coal excavation?

Yes. Thirty-four patches of coal have been identified. The excavations will take place in phases.