Was Congress given more seats than it could handle? 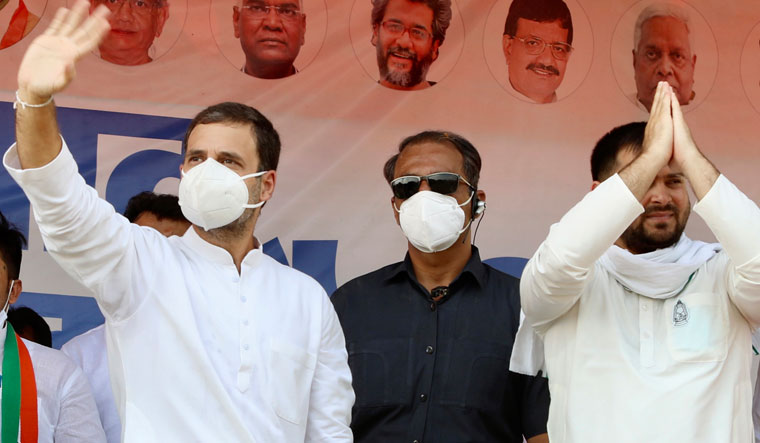 Rahul Gandhi with Tejashwi Yadav at a rally in Hisua | AP

Tejashwi Yadav has always strongly supported Rahul Gandhi's claims of being the opposition bloc’s main challenger of Prime Minister Narendra Modi. Tejashwi’s insistence that the Rashtriya Janata Dal align with the Congress is in continuation of his father Lalu Prasad's unwavering support for the party on the national scene.

It is learnt that Tejashwi acceded to the Congress's demands for an enhanced share of seats in these elections—despite strong reservations from within his party—as he was keen to maintain strong ties with the national party. The Congress’s original demand was for 75 seats, but the RJD was initially willing to allocate only 50 seats to it. Finally, the party agreed to give 70 seats.

It is now asked whether the Congress, contesting on 70 seats, overestimated its chances in a state where its relevance has diminished. The party won only 19 seats, performing the worst among the partners of the Mahagathbandhan. It is being debated whether the Congress pulled down the alliance with this performance. It was allocated the second-biggest share of seats in the alliance, with the RJD contesting 144 seats. 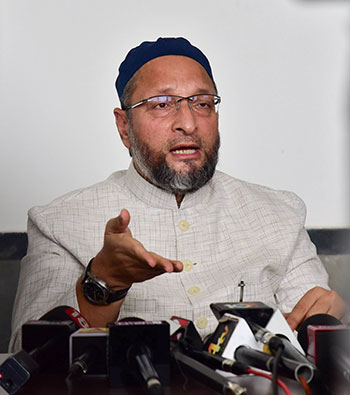 Asaduddin Owaisi's AIMIM dented the chances of the grand alliance

The RJD emerged as the single largest party in the state by winning 75 seats, just one more than the BJP, while the left parties in the alliance proved to be the surprise package, winning 16 of the 29 seats they contested.

The Mahagathbandhan had fared miserably in the Lok Sabha elections in 2019, with the BJP-JD(U) alliance sweeping the state and only the Congress winning a seat. At that time, too, there were discussions in the RJD if the Congress, which contested nine seats, was given too many seats.

“We have no regrets about the seat sharing,” said senior RJD leader Shyam Rajak. “There was nothing wrong in giving the Congress 70 seats. All decisions on seat sharing were taken after discussions among various alliance partners. Our alliance is intact and all of us are together.”

However, there is a feeling in the RJD that the Congress was given at least 20 seats more than it deserved. A senior RJD leader said it would have been better if the left parties had been allocated more seats since they have a dedicated cadre and a more reliable support base than the Congress.

Congress leaders pointed out that a majority of the seats it was given were hardcore NDA bastions. In the 2019 Lok Sabha elections, the BJP and the JD(U) had won in 67 of the 70 assembly segments from which the Congress contested now. In the 2010 state elections, the two parties won 65 of these seats.

In the 2015 assembly elections, the Congress had contested 41 seats and won 27. The party contested in 23 of those 27 seats this time, and the remaining four seats were given to the RJD and the left parties. The Congress also got two seats held by the RJD.

During the elections, there was disappointment over Rahul Gandhi's rallies not getting an enthusiastic response. Congress candidates reportedly wanted Tejashwi to campaign for them.

“It is unfair to criticise the Congress,” said Bihar Congress president Madan Mohan Jha. “We were brave enough to contest in difficult seats. The RJD acceded to our request and helped our candidates, but critics should not go just by the number of seats we contested, but also the kind of seats we got.” Leaders also say that the late declaration of seat sharing, delay in ticket distribution and the failure of the party to get the poll momentum going contributed to the poor show.

The impact of Asaduddin Owaisi's All India Majlis-e-Ittehadul Muslimeen (AIMIM) is also a major factor that dented the chances of the Mahagathbandhan. It is no longer just a 'vote cutter' in Bihar, but a political force to reckon with. Of the 24 seats in the Muslim majority Seemanchal region, the AIMIM won five. The Muslims view the AIMIM as a better option than the Congress and the RJD, despite knowing that voting for the AIMIM would harm the anti-NDA alliance. One example is the Amour seat, where the AIMIM defeated the sitting Congress MLA, who ended up third. In Kochadhaman, the RJD came third behind AIMIM and JD(U).

The other success story was of the left parties, which now have their largest contingent of legislators in Bihar, after Kerala and West Bengal. “The left was a formidable force in Bihar, and continues to have a support base in the state,” said CPI general secretary D. Raja. He agreed that the left ought to have had more seats in the alliance. “We did feel that the left parties should have been better accommodated. It is a matter of introspection for all of us—the Congress, RJD and the left,” he said.

The Bihar elections were supposed to set the tone for the opposition for upcoming elections in other states. With the Congress faring poorly in Bihar, its bargaining power could now be hit. The results come as a dampener to its efforts to build momentum against the Modi government.

It is now asked whether the Congress, contesting on

overestimated its chances in a state where its relevance has diminished. The party won only