Managers are increasingly working in volatile environments. This requires that they focus on the big picture and pay attention to detail. As MBA graduates enter the real world, theoretical knowledge equips them to think through the problems at hand. But, they also learn which analytical models and theories do not give much guidance.

There are two major reasons why there should be attention to detail. First, it turns out that managers are busy people and rarely have the time or inclination to focus on details. They tend to decide on how to address problems based on intuition, without much regard for rigorous scientific evidence. Second, details and analytical models that a manager considers uninteresting are in fact very important in determining the impact of a firm’s action, while some of the theoretical issues that b-school education conditions them to worry about most may not be that relevant.

Therefore, managers need to adopt the mindset of a plumber (a term coined for the new-age economist by Esther Duflo, co-recipient of 2019 Nobel Memorial Prize in Economic Sciences). As Duflo suggests, plumbers try to predict what may work in the real world, mindful that tinkering and adjusting will be necessary as our models give us little theoretical guidance on what (and how) details will matter.

Let us look at an example where the manager donned the plumber’s hat. Every digital marketing class teaches the effectiveness of search advertising (placing online ads in search engine results). Managers in the eBay advertising team were spending millions of dollars on search ads. Then, one day, eBay allowed the search advertising team to tinker and experiment with the process. They found that most search ads had little effect on sales. This saved eBay millions of dollars.

The plumbing mindset focuses on how to do things rather than what to do. It involves incremental innovation on a continuous basis. As Duflo puts it, the plumber does not invent a machine but installs it, attentively watches its working and then tinkers as needed. The working of the parts of a machine is difficult to anticipate and will only become known once it starts running. Here are some skills needed to inculcate a plumbing mindset: 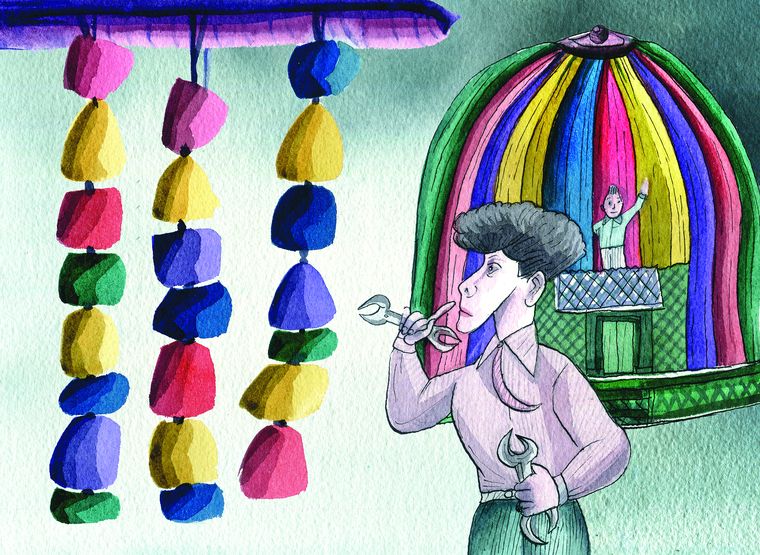 Analytical and technical skills: Managers work in teams comprising software engineers, data engineers and data scientists. The new teams consist of members whose strengths complement one another. Specifically, data scientists come from a variety of academic backgrounds: computer science, physics and statistics. To work well with these diverse sets of viewpoints, a detail-oriented mind grounded in critical and analytical thinking is needed.

Team design and management: Although attention to detail is the general way to describe the handiwork of plumbers, Duflo suggests two different kinds of plumbing in the context of policy design. First, is the “design of the tap”, which means taking care of seemingly irrelevant details in the policy. Second, is the “layout of the pipes”, which covers the operational issues that define the policy’s functioning but are often termed purely mechanical. Plumber-managers must work on the tap design, that is the design of the team, and hone their own skills. Further, they must manage the layout of the pipes, that is tinker with the movement and composition of the teams in real time.

Alertness to algorithmic bias: Business is becoming highly algorithm driven and data oriented. The problem is that algorithms are biased. In March 2016, Microsoft launched Tay, an AI-based Twitter chat bot. Within 24 hours, trolls trained it to come up with racist, misogynist and offensive tweets. Similarly, Amazon developed an AI to streamline and screen potential job applicants. The algorithm was trained on data of previous successful hires and it picked up the existing biases of hiring for male-dominated roles. The result: the algorithm apparently learned that women were less preferred. To deal with such scenarios, plumber-managers need AI training to learn both the biases and risks. They need not go completely technical, but they do need to understand data science and AI enough to manage AI-based products and services.

Empathy: Empathising with customers is a fundamental skill as the new consumers in India are from tier-2 and tier-3 cities who are less technologically sophisticated and expect hyper-localisation. To cater to such consumers and scenarios, plumber-managers must not only focus on the technical details but think with their hearts.

Working in sync with academia: Tech-giants like Facebook, Google and Amazon are not only applying innovations coming from academia but are also engaging with the academic community (by sponsored grants, funding and recruiting academics). Firms are hiring economics, marketing and computer science PhDs to be a core part of their data science teams. The new manager must act as a facilitator of partnership between academics and industry, that is follow a blend of theoretical and practical approach. Facebook’s chief AI scientist, Yann LeCun, says that letting AI experts split their time between academia and industry is helping drive innovation. To succeed in environments where academia and industry are working in sync, the manager needs to embrace the concept of learning by noticing. The plumber-manager must notice anything that can potentially matter for implementation. Plumber-managers will share their observations with engineers and scientists working in their teams and this will lead to the generation of interesting and important insights and directions.

Though we try to argue it is the need of the hour for managers to don the plumbers’ hat, it is not that managers have to have the plumbing mindset all the time. Instead, we propose that there is value for managers to take on some plumbing projects, in their own as well as the firm’s interest.

Kapoor is an assistant professor (marketing) at IIM Ahmedabad, and Chaturvedi is a software engineer with Qualcomm in San Diego, the US.