Atmanirbhar Bharat: How well has the government begun? 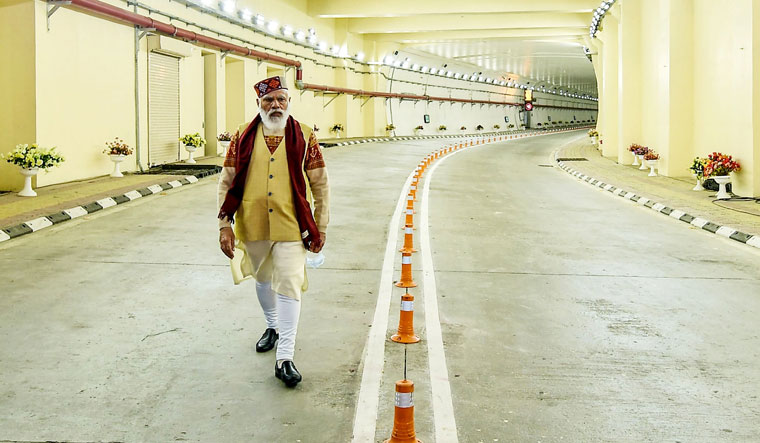 Man with a plan: Prime Minister Narendra Modi in the Atal tunnel in Himachal Pradesh. He wants to reduce India's reliance on Chinese imports and make it a manufacturing alternative to China | AFP

Eshah Panthah. Or roughly, ‘That is his only way forward’, in Sanskrit.

Addressing the nation on May 12, Prime Minister Narendra Modi used the obscure words to announce what would be the guiding principle of India’s post-Covid recovery—Atmanirbhar Bharat.

“The state of the world today teaches us that making India self-reliant is the only path,” said Modi, announcing an economic package of 020 lakh crore, the biggest in independent India’s history. “In times of crisis, ‘local’ has fulfilled our demand; local has saved us. Local is not just the need, it is our responsibility, too.”

Modi’s clarion call for Atmanirbhar Bharat generated paeans from industrialists and analysts, and a viral hashtag, #VocalForLocal. Detractors, however, soon pointed out that this export-oriented swadeshi drive was just the old ‘Make in India’ wine in a new bottle.

Undaunted, the government has gone into a publicity overdrive—wooing start-ups, conducting an essay contest and an all-India app innovation challenge, publishing Atmanirbhar progress reports of various departments, and so on. Modi himself has been pushing the agenda in virtually every speech. 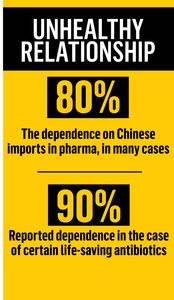 The biggest push for Atmanirbhar Bharat, however, came inadvertently on June 15, when scores of Indian soldiers died fighting Chinese troops on the Line of Actual Control (LAC). Patriotic outrage over the incident resulted in calls to boycott Chinese products. Hundreds of Chinese apps were banned, including the wildly popular PUBG. Infrastructure deals involving Chinese firms were revoked, and investment and tender-contract barriers were erected tactically to keep China out of the Indian market.

The bad blood between India and China fits in neatly with Modi’s twin goals of reducing India’s dependence on cheap Chinese imports and making it a manufacturing hub for the world, as an alternative to China. But, fanfare aside, how much of Atmanirbhar Bharat has translated into concrete action on the ground?

It is a mixed bag, really. But then, Atmanirbhar Bharat is hardly a short-distance sprint—it is a race of a lifetime. “The reforms introduced as part of Atmanirbhar Bharat require long gestation periods, and there has to be some level of normalcy before we can determine progress,” says Arvind Sharma, partner at the law firm Shardul Amarchand Mangaldas. “Dividends of the reforms would be reaped over a period of time across various sectors.”

Modi has put a good share of his eggs in the corporate India basket, especially in sectors like electronics, pharma and defence, which are highly dependent on imports. “The world is looking for a reliable partner, and India has reliability and talent,” said Modi at the annual summit of the Confederation of Indian Industry in June. “India’s industry should take advantage of it. This is a ‘rise-to-the-occasion’ moment.”

It will not be easy for India Inc, though. Indian companies have for long been dependent on cost-effective imports from China—raw materials, components and even finished products in some cases. There are companies, particularly in electronics retail, that sustain themselves by importing Chinese products in bulk and then rebranding and selling them in the domestic market.

In pharma, dependence on Chinese imports is above 80 per cent in many cases, even though some raw materials are available domestically. “In many products, there are alternatives available in India,” says Kushal Suri of Morepen Laboratories. “But the way Chinese products became cheaper in due course of time, their production in India has become totally unviable.”

The first step for India Inc, therefore, would be to achieve self-sufficiency in sourcing raw materials, or to at least reduce its dependence on China. Jindal Steel, for instance, has promised to cut down its imports from China—from $400 million today to zero in two years.

The second step would be harder, though pivotal. As Modi and his ministers have repeatedly said, self-reliance does not mean shutting out the world; it means attracting the world to do business in India. Except for a few high-profile cases—like Apple’s contract manufacturers and German shoe manufacturer Von Wellx moving out of China and setting up shop in Agra—that is still to happen on a large scale. Also, such investments are more likely to go to countries like Vietnam than India.

“The fight is between India, Vietnam, Bangladesh, Indonesia and Cambodia,” Ashish Jain, CEO and director of Von Wellx Germany, told THE WEEK. “The country that will be more aggressive both in terms of government policy and private investment would take the crown from China.”

Infrastructure spending will also be significant. The Bharatmala project—which involves building a network of highways that will cost at least 010 lakh crore—could be a big decider on the effectiveness of Atmanirbhar Bharat. Union Transport Minister Nitin Gadkari has modified the tender process to eject Chinese bidders. At a recent industry meet, he proposed public-private partnerships to speed up delayed infrastructure projects. “Highways will increase productivity and open up employment prospects,” said Gadkari. 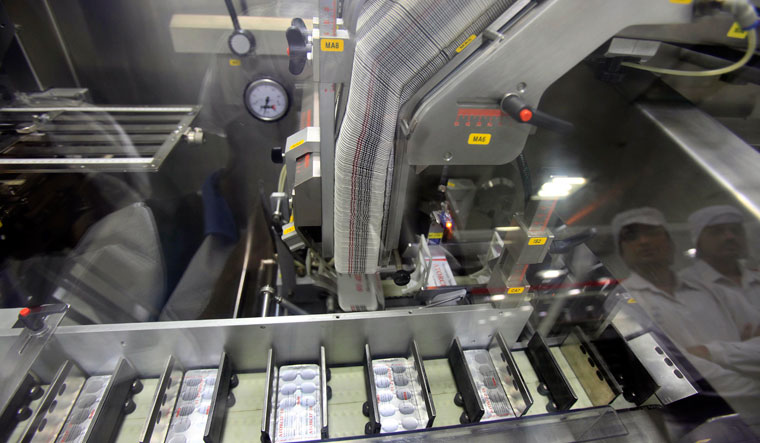 Unused Potential: Cipla manufacturing unit near Mumbai. There is high dependence on China in pharma despite raw materials being available domestically | AP

Yet, there are worrying signals from the ground, especially in the disbursement of MSME loans. Bankers burnt by non-performing assets are so worried about being saddled with bad loans again that RBI Governor Shaktikanta Das has had to warn them that “extreme risk aversion can be self-defeating”.

Lack of coordination between the Centre and states is also a stumbling block. BJP-ruled states like Uttar Pradesh and Assam have hit the ground running, while others have stuck to a cautious pace. “Success would depend to a large extent on the level of coordination between Central and state governments to facilitate grounding of investments, and on the ability to institutionalise good practices,” said Arindam Guha, leader, government and public services, Deloitte India.

Atmanirbhar Bharat’s lasting legacy could well be its boost to entrepreneurship. “It will go a long way in benefiting the Indian economy,” said Sharma. “The reforms are intended to ensure inclusive growth for various economic groups and regions. It will result in jobs and export opportunities.”

The lockdown churn in the jobs sector has prompted young professionals to innovate and become entrepreneurs. “We have witnessed a massive spurt in queries from young entrepreneurs who want to be up-skilled,” said Divya Jain, founder of the placement platform SafeJob.

According to Apoorva Ranjan Sharma, managing director of the venture capital firm 9Unicorns, the youth are embracing the self-reliance mantra. “Many youngsters in smaller towns have taken their maiden step to become self-reliant by starting their own businesses after losing jobs in the last few months,” he said. “We see this to be a bigger success than all other such initiatives in the past.”