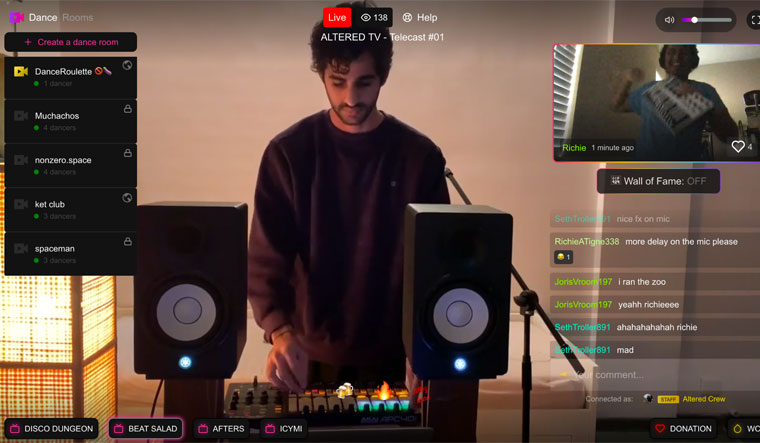 Shubham Khanna is a “swimming pool designer”. The 24-year-old says his Delhi-based family has been in the business of constructing swimming pools for 25 years. But that is not the only niche credential he has. This self-avowed gin-lover started off a passion project to create his own brand of the alcoholic beverage also called ‘mother’s ruin’.

He tried 40 different recipes with multiple botanicals over two years. It was in the 14th or 15th recipe that he added hemp seeds, which he would often buy while on a Keto diet. Once he tasted the concoction, he knew he was on to something. Now, GinGin, set to launch in Goa by August end, is India’s only single-shot distilled ‘hemp’ gin. A play on the Italian word CinCin that means “cheers”, the homemade gin will be bottled in a sleek, rectangular slab of glass. And with a name that is as straightforward as it is unapologetic. “How many people will know Tanqueray and Bombay Sapphire are gin brands? This will straightaway let people know what it is,” says Khanna.

The spirit—comprising nine botanicals like lavender, rosemary, cinnamon and butterfly pea flower—is very much a lockdown baby. Khanna was supposed to import a full gin distillation still in February to prepare for an April 15 launch. He had been importing most of his botanicals from Italy. Instead, the lockdown scuttled all import plans to make him truly “atmanirbhar” (self-reliant). He built his own column still and all his botanicals are now sourced from Himachal Pradesh. “This is the first-ever gin to be made in an India-made still,” says the single-man team behind GinGin. 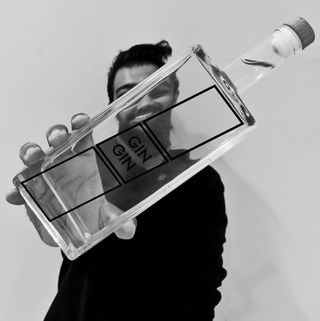 Shubham Khanna with his homemade GinGin

It was Orson Welles who said, “The enemy of art is the absence of limitations.” At a time when small businesses are getting pummelled, some lifestyle startups are using the crisis as a launchpad, fully aware that the rules are changing every week. Forced to twist and tweak their ideas in a pandemic, these entrepreneurs are banking on innovation to thrive amid uncertainty.

Their products represent slivers of opportunity presented at a strange time when logistics and transportation are as unstable as they would be during natural disasters. And social media is the most convenient marketing tool to reach millions glued to their devices more than ever. With no offline events and publicity pyrotechnics, the limited resources can now be poured into making more refined, thoughtful products.

For example, there is Altered TV, which could prove to be a boon for artists, musicians, promoters and event managers, because going out for a live gig is now fantasy-fiction. Created by Mumbai-based music and entertainment company Gently Altered, the live-streaming platform helps the performing arts community make use of a sleek interface that replicates the dance floor or a big party with a stage. Done in collaboration with a French ticketing company, they have been curating their ‘telecasts’ for the last two months, hosting close to 70 artists who have attracted about 750 people each time. 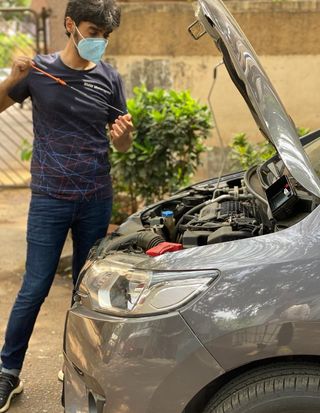 Mr Fix It: Shekhar Wig started WIG Garage during the pandemic. He repaired and returned some 70 cars across Mumbai

Whereas Facebook or Instagram livestreams encourage compulsive scrolling, a dedicated platform like Altered TV ensures the viewers stay longer. There are multiple stages, a built-in video conferencing space to meet your friends while watching the live show and a chat room to meet others. “It is inspired by how a dance floor works. Or how when you go to a party, you mostly stick with the ones you know while also meeting a few others you don’t,” says Gently Altered’s founder, Nishant Gadhok. “There is also an after-party room for when the show is over.”

Treadmills, cycles, cross-trainers, cameras, washing machines and microwaves, you can rent all of these on Sharent for as limited a time as six hours. Founded by three friends from Amity University in Noida who could not afford home essentials in their undergraduate years, they struck upon an interactive rental service idea which could trump major players in this space. “People do not have the purchasing power right now,” says Pritam Bhattacharjee, one of the co-founders. “So, if you have two cameras at home and you are not using both, you can lend one through our platform. You are also earning passive income. We want to be the Swiggy and Zomato in the renting space.”

Bhattacharjee recognises the challenge that he has—to build a community which can really trust each other. “When I was moving out of Delhi, I had to sell a fridge I got for Rs8,000 at Rs2,000, even though I used it only for a year,” he recalls. “With Sharent, we want to tell people that you don’t [have to] sell your goods out on OLX, rather rent it out with us so you can not only earn from it and recover the original amount but turn your depreciating assets into income-generating ones. We are an asset-light model, we don’t keep any inventory with us. We don’t own any of the products, we are just facilitators.” The company will go live in September.

From baby products like strollers and bassinets, Bhattacharjee has included houses also into his quick-fix rental mix. “The pandemic made us stress on quality and hygiene,” says Bhattacharjee. “Also, with people losing jobs, we were able to onboard some quality professionals, which would have been difficult otherwise.”

But what about when the Covid-19 struggle has passed? How relevant or resilient will these companies born out of adversity be? For Gadhok, hosting concerts, festivals, parties and shows on his platform is not a short-term, opportunistic plan. “Consumer behaviour in terms of live-streaming has changed and we want to ride that wave,” he says. “Later on, when events start, live-streaming will be a complementary aspect. It will not replace the live experience but add to it. Imagine how feasible digital festivals would be for people unable to travel all the way.”

It is not just about emergency breakdowns. Quality, pricing and loyalty will ensure longevity for Covid-19 biz-kids, like Mumbai-based, Delhi-raised Shekhar Wig likes to think. A criminal lawyer by accident, his heart lies in repairing cars. As a teenager, he used to spend his evenings after school in his father’s Maruti-authorised service station in Delhi, observing and learning from the mechanics there. And as an adult, he would hone his skills in garages and workshops in Mumbai after work in the High Court. 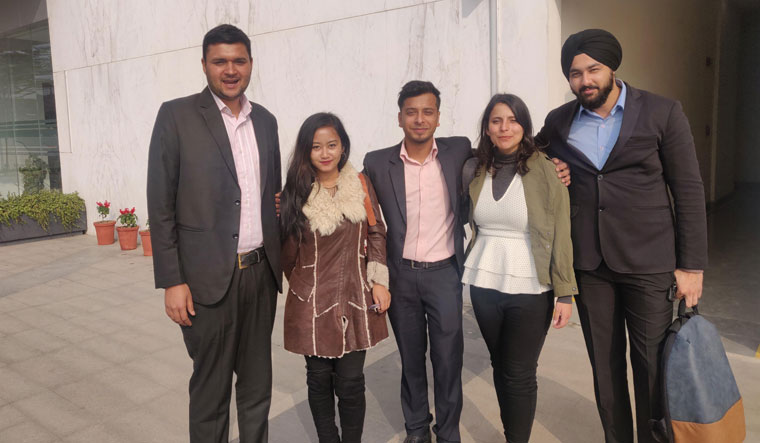 But he could only take a real crack at servicing cars in a pandemic. In May, a senior journalist sought help on social media to get her vehicle repaired; a friend of Wig tagged him in the post. While the journalist had found help by the time Wig responded, others noticed how Wig was ready to go anywhere, anytime to fix cars. The requests started pouring in.

“Some were like, ‘I have not been able to take my car out since March.’ Some were waiting to drive their cars 2,000km to their village or hometown. Some wanted it fixed for medical emergencies. I was completely taken aback by the response. That is when the idea of WIG Garage was born,” says the 39-year-old, who has repaired and returned some 70 cars from Maruti to Mercedes across Mumbai. He uses an Instagram page that he started at the insistence of close friend and renowned film producer Guneet Monga.

WIG Garage’s business plan is to fix cars while clients stay home. So, Wig picks up faulty cars from housing societies and makes sure they never come back to his garage for the same problem. “I smell the engine of a car from a distance. When I touch the silencer or hear the sound of transmission, I know exactly what is wrong with the car,” says Wig. He has had many run-ins with the police during the lockdown, who have stopped him at barricades and check posts, often towing away a client’s car. But such are the perils of the job. “This is sewa for me like you have them in temples and gurdwaras,” he says. “It is a joy for me when people return home in such trying times in cars fixed by me. It is a happy moment.”