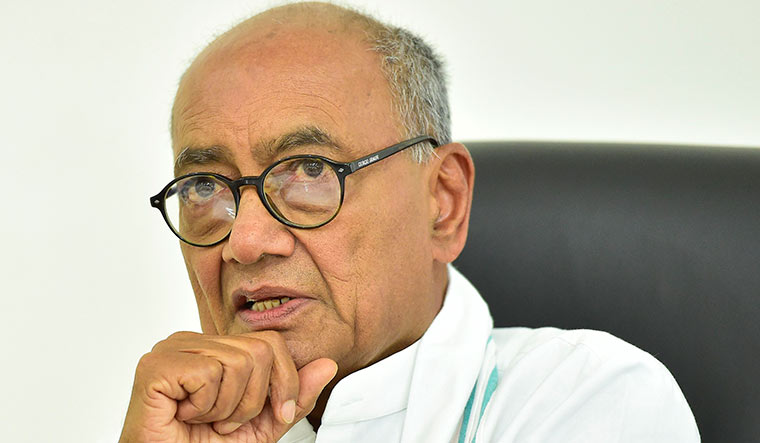 SENIOR CONGRESS LEADER Digvijaya Singh says former party chief Rahul Gandhi’s image has been spoilt by the BJP and the RSS through a concerted social media campaign, but insists that it is on the mend ever since he has started taking on Prime Minister Narendra Modi on critical issues such as national security, Covid-19 and the economy. In an exclusive interview with THE WEEK, Singh says Rahul should never have resigned as Congress president and that he is a leader with a different temperament, who believes that “power is poison”.

Q/ What does the Rajasthan episode tell us about the state of the Congress?

A/ Narendra Modi and Amit Shah have brought the Gujarat model of politics to the national scene. Under Atal Bihari Vajpayee and L.K. Advani, the BJP was a different party. We have seen the most unethical way of functioning in the BJP since the advent of the Modi-Shah partnership. They are on a buying spree. I have never heard of MLAs being given Rs20-25 crore.

Q/ Is the BJP not merely taking advantage of fissures in the Congress?

A/ Fissures will be there in a party. The Congress may not have managed its internal dissensions. But look at the offers to defect, and defection is not because of ideology or discontent. Those who joined the Congress seeing it as a party of power and authority started looking elsewhere when they found that it is unable to give them power or authority. But they are not the majority. Only 15 to 20 per cent people may have left.

Q/ Why are the young leaders upset?

A/ In Madhya Pradesh, the majority of the MLAs supported Kamal Nath. In Rajasthan, the majority of the MLAs supported Ashok Gehlot, and Sachin Pilot was given the posts of deputy chief minister and state Congress president. In Madhya Pradesh, these positions were offered to Jyotiraditya Scindia. They should have waited. They should have been more active in winning over MLAs if they wanted to be chief minister.

Q/ Is not their exit a big loss for the Congress?

A/ They worked hard and the Congress looked after them. They took off from where their fathers—Madhavrao Scindia and Rajesh Pilot— had left. They were both in the Union cabinet. One became state party president and the other was national general secretary, appointed over thousands of Congressmen. But these youngsters, who in 10-15 years got more than what they could get in any other party, are unhappy. And to do a somersault and join the party against whom you had spoken with such force and venom [seems unthinkable].

A/ Did I ever oppose him in the party? He was given ample opportunity. He became a Congress working committee member surpassing many others. In fact, I always promoted him. I had brought his father into the Congress. I mentored him after his father’s untimely death. We saw him as a future leader. Then why this mad hurry?

Q/ Were Scindia and Pilot asking for more than what they deserved?

A/ Yes. I became chief minister at 46 after I got more support in the Congress legislature party than my senior Shyama Charan Shukla. I was not nominated.

A/ There was no reason for him to resign. He had emerged as a national alternative to Modi. His ratings had gone up. Yes, we did not do well in the Lok Sabha elections, although I do not want to mention the reason here. But he should have carried on.

However, he was the first person to warn the government about Covid. He was the first to question Modi over Chinese incursions. Among the opposition leaders, Rahul is the only one taking on Modi on every front, and he is doing it convincingly.

Q/ Do you feel he can provide a viable leadership alternative to Modi?

A/ He has a different temperament. Power does not attract him. He could have easily become a cabinet minister or even the prime minister between 2010 and 2014. We would all have supported him. But when he became the Congress vice president, he quoted his mother to say that “power is poison”. He wants to connect with the poor and the downtrodden. His is the lone voice for the people who are not heard. Had his idea of NYAY been implemented, the poor would not have been so badly affected during the pandemic. His ideas are absolutely right.

Q/ The Congress does not seem to have recovered from the Lok Sabha defeat.

A/ I agree. Not enough has been done to revamp the party. We have to make a serious effort to train leaders and workers to make them understand the Congress ideology, the history of the party and the nation. And then, democracy within the party is important.

Q/ How do you see the probe into the Gandhi family trusts?

A/ The Bofors case was investigated by the V.P. Singh government and then by the Vajpayee regime. They found nothing, because there was nothing. These trusts are regularly audited. The probe is meant to scare and create a bad image of the Gandhi family. But the Gandhis are made of sterner stuff than what Modi and Shah think.

A/ This is my grouse with Rahul Gandhi. Of course, he always treats me with great respect and I find him to be a very sincere person. He is a voracious reader and understands the basics of democracy and the socioeconomic conditions in India and the world. But because of his tough stand against the BJP and the RSS, they have tried to destroy his image through a concerted social media campaign. For a young emerging leader, his image has been tarnished by the misrepresentation of facts.

Q/ Do you feel he has an image problem?

A/ The image problem is in the minds of the people. But it can be countered. Ever since he started challenging Modi on issues of national security, Covid-19 and the economy, things are changing. He is getting as many likes and retweets as Modi does. So people are realising their mistakes.

Q/ Will he be back as Congress president soon?

A/ There can be no comeback since he is already there. He has voluntarily held himself back, which I think is not the right decision.

Q/ Sonia Gandhi is completing one year as interim president of the Congress. Can we expect a leadership change?

A/ There is no such thing as interim president. She has been appointed Congress president by the working committee. She is a full president. Let the CWC decide on the leadership.