Only Rahul can lead the fight against Modi 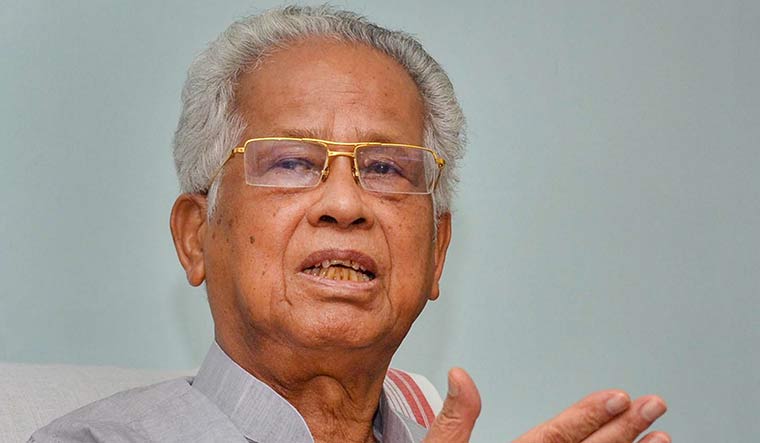 Q/ From Himanta Biswa Sarma to Jyotiraditya Scindia, so many young leaders are leaving the Congress.

A/ Sometimes, it is a mistake to appoint people as state Congress presidents at a very young age. As regards Himanta Biswa Sarma, he was originally not a Congressman. He had links with the United Liberation Front of Assam and had cases against him. To save his skin, he came to the Congress. Yes, I encouraged him and gave him opportunities. He was not humiliated. He left because of other reasons. The BJP government raided his house. There was a case against him.

If a young leader proves his mettle, for example, like Y.S. Jagan Mohan Reddy did in Andhra Pradesh, he or she deserves to be put in a leadership position. Reddy may not be with us, but he proved his leadership capacity and organisational skills.

Q/ It is said that the young leaders in the Congress are feeling sidelined.

A/ The problem is that people like Jyotiraditya Scindia are not committed to the party ideology. Sometimes, you get impressed with the smartness or intelligence of a youngster. But that is not enough. They must be committed to the party ideology. We must choose people who are committed and have worked their way up from the grassroots. It is a mistake to promote people who have not worked hard for it. Some of them are capable, but in most cases, you will find that youngsters, particularly those who have come in because of their father’s blessings, are most likely to commit mistakes. That is because they have not come through trials and tribulations. That is the case with my own son also.

Q/ Is the leadership issue wrecking the Congress?

A/ I have always been in favour of Rahul Gandhi being Congress president. I was not in favour of him resigning and had asked him why he was stepping aside. In a democracy, defeat in an election is a part of life. Even a leader like Atal Bihari Vajpayee could not get his party elected for so many years. But Rahul felt he was morally responsible for the defeat.

Today also, we want Rahul at the helm. Of course, we need Sonia ji’s guidance. But because of her age and other reasons, she cannot move around the country as much as Rahul can. And that is important, particularly when you are in the opposition and pitted against a leader like Narendra Modi who is an expert in perception management, has money power and has no qualms in using institutions to target his adversaries. We feel that among us, only Rahul can fight against these forces.

Q/ Rahul Gandhi and the party do not seem to be in agreement on taking on Modi directly.

A/ Rahul is attacking Modi like anything. Many senior leaders, whom I do not wish to name, are completely silent. The BJP attacked Pandit Nehru, Indira ji and Rajiv ji. And now, they are attacking Rahul. Why? If Rahul is a nobody, they should ignore him. But they attack him, even though we are in the opposition and he is not even the president of the party. They know that by finishing him, they can destroy the Congress. They know that he is one of the main pillars of the party, just as Modi is the symbol of the BJP and the head of the government. Who else should we attack with regard to wrong policies of the government?

Q/ What does the Congress need to do on an urgent basis to get back on its feet?

A/ We have to change our strategy. The world is changing and Modi has changed the nature of politics. It is all about marketing. We must change our outreach to beat him at his game. We need to vigorously use new media. We also need to create a dedicated cadre like that of the RSS. The workers should have a sense of commitment to the party ideology and should be ready to fight and make sacrifices for it. We used to have committed leaders. But that is not the case now. Look at Scindia or Pilot. How can you leave the party and join a party that is diametrically opposite to our ideology?