The art of the comeback 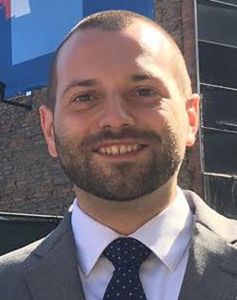 AT THIS POINT in the presidential elections, you would have to say that Joe Biden is the favourite. That is not just because he is doing so well in the polls. It is also because most presidential elections are decided by a small set of “fundamental” factors. These include the state of the economy, public approval of the current president and how long the president or his party has served in office. For the most part, these factors work against Donald Trump. The United States is facing a major financial downturn, primarily because of the Covid-19 pandemic, and Trump’s approval ratings are quite low. The only thing working in his favour is that he is the incumbent, and—despite Americans’ proclaimed disdain for politicians and the status quo in Washington—voters tend to reelect incumbent presidents and other federal officials.

The best thing Trump could do for his reelection campaign is to demonstrate effective, principled leadership to slow the spread of the pandemic and help unify the country on issues of race and policing. He has had ample opportunities to take these steps, but has resisted doing so, preferring to wish the pandemic away and exacerbate rather than combat racial tensions. It is his lack of discipline, principle, and ultimately leadership, that has caused him to sink so low in the polls. Until Trump changes course—and, crucially, stays that course—I do not expect his current problems to go away.

There is good reason to believe—based on the impeachment investigation and former national security adviser John Bolton’s recent book—that Trump has been and is willing to seek help from other countries to aid in his reelection effort, whether that is from smearing Biden or obtaining more favourable trade policies for electorally important states or regions. Having survived the impeachment effort and dismissed Bolton’s claims, I see no evidence that Trump will discontinue these efforts. In fact, it does not appear that he sees such efforts as problematic from an ethical, legal or constitutional standpoint.

The Covid pandemic has undermined the US economy and voters' faith in Trump’s leadership. Given the virus’ disproportionate impact on Black Americans in particular, the pandemic also may have contributed to the anger and frustration expressed in the ‘Black Lives Matter’ protests. Trump has mostly focused on responding to the most violent elements of the protests against the murder of George Floyd. He, along with allied politicians and media organisations, has sought to frame the protest movement not as peaceful but as lawless and violent, often referring categorically to “riots and looting” rather than protests. This shifts the focus from racial justice and police reform to Trump’s long-favoured “law and order” approach. He thinks doing so helps him with his party’s base, and to some extent he may be right. But polling also shows that this response has caused many Americans to view him as dividing, rather than uniting, the nation at this time. In fact, his response to the protests seems to have hurt his popularity among Americans more so than his response to the epidemic or the state of the economy.

AS TOLD TO AJISH P. JOY

Devine, an expert on US presidential elections, teaches at University of Dayton, Ohio.