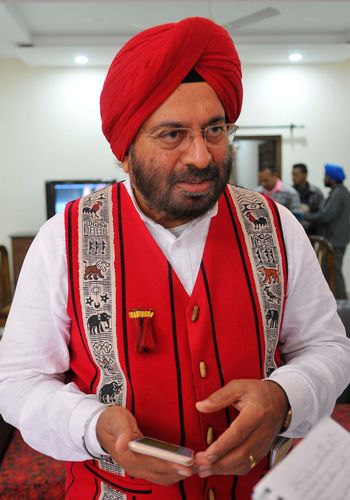 A historical fact that is often overlooked is that India and China were never neighbours. There existed the kingdom of Tibet, which acted as a buffer between the two ancient and prosperous civilisations. Tibet lay between two massive mountain chains—Himalayas to its south and Kuen Lun to its north. It was only in 1951 when China militarily occupied and ‘liberated’ Tibet that the Chinese army was seen along India’s northern frontiers. Till then, neither its administrative machinery nor military was present at Aksai Chin, Demchok (Ladakh), and going eastwards along the Himalayas at Shipki La (Central sector), Nathu La (Sikkim) and Pemako-Zayul regions (opposite northeast India).

Historically, Asiatic nations did not follow a concept of well-demarcated boundaries, and instead had traditionally accepted undefined boundaries. Consequently, neither China nor India has been able to convincingly prove to the other the historical and legal rights on which they claim their respective boundaries. On balance, India has a stronger case both on the northeast frontier on the basis of the McMahon Line, and in the Ladakh region, based on the Ardagh-Johnson Line. However, the dispute continues to linger on despite the Treaty of Peace and Tranquillity (1993), Treaty on Confidence Building Measures (1996), Agreement on Political Parameters and Guiding Principles for the Settlement of the Boundary Question (2005) and a Shared Vision for the 21st Century (2008).

What was surprising was that Xi Jinping gave a go-ahead to his military to mobilise a large force in the Ladakh region and carry out intrusions in the Galwan Valley and Pangong Tso during the first week of May. These actions eventually led to the violent clashes in the Galwan Valley. It is now evident that the premeditated attack by the Chinese was part of a grand design to alter the status of the LAC. A face-off between Indian and Chinese troops also took place at the Naku La pass in Sikkim on May 9. The Indian Army stood firm and conveyed to the Chinese to withdraw back to the positions they were deployed at in April and thereby restore status quo ante along the frontier.

The crux of the problem lies in the control of the region of Aksai Chin, situated between the Karakoram and the Kuen Lun ranges, and through which passes a strategic north-south communication artery linking Xinjiang with Tibet. This old caravan route, joining Lhasa and Leh with Yarkand and Kashgar, was used by the Chinese to invade Tibet in 1951. Thereafter, the Chinese converted it into a motorable road; today it is super highway Number 219. To keep the construction of this road a secret, the Chinese asked India to close the Indian Consulate at Kashgar and stopped all trade and movement through the Aksai Chin area. We complied with the Chinese proposal and did not care to join the dots and deduce their intention as we were naively pushing forward the ‘Hindi Chini Bhai Bhai’ slogan. The Chinese inaugurated the road in 1957 in a grandiose manner and that is when India woke up to comprehend the strategic design behind it.

The LAC was evolved after the Chinese declared a unilateral ceasefire in November 1962, after having secured Indian territory that was of interest to them. In the east, they withdrew their forces behind the McMahon Line, except for the Thagla ridge that they retained, and in the Ladakh region they drew a line west of their 1956 and 1960 claim lines. When questioned about this cartographical aggression, they responded that the 1956 line was a simpler version and that the 1960 line was the precise claim line of their boundary. The Chinese also claimed areas further west of the 1960 line. This salami slicing westwards was basically designed to give greater depth to their strategic road artery described above, so that it would deny the Indian Army surveillance of the highway and possible interdiction by ground patrols, long-range artillery and aerial photography. Thus one realises that their latest claim line does not follow any geographical feature such as watersheds, ridge lines or mountain passes and cuts across in an arbitrary manner. The recent endeavour was to change the status quo of the LAC and shift it even further west in the Galwan Valley to be able to dominate and if required interdict the newly constructed Indian road along the Shyok river that connects to the military and air base of Daulat Beg Oldie.

It was a bold gamble by Xi and his western region commander General Zhao Zongqi to move a large force from the exercise area in Tibet and occupy the territory that would help them achieve their tactical aims. It goes to the credit of the alert forward troops of the Indian Army who reacted with alacrity and stalled the devious design of the dragon in a close unarmed combat during the night of June 15/16. The Chinese soldiers were armed with iron rods, spiked batons and knives. The Indian soldiers retaliated in a ferocious manner and caused about 40 fatal casualties of the Chinese army, while we lost 20 of our brave soldiers. The Chinese would not forget this misadventure in a hurry and think twice before repeating it.

The way forward lies in sincerely implementing the decisions arrived at during the second round of military corps commander level talks held on June 22 and maintaining peace along the LAC after the disengagement process is completed. Thereafter, diplomatic and military parleys should be commenced to demarcate the LAC without prejudice to the original boundary claims of both countries. These ought to be settled at the highest political level with a sense of urgency, and not when ‘the time is ripe’ atypical of the Chinese philosophy of procrastination.