What banning Huawei could mean for India 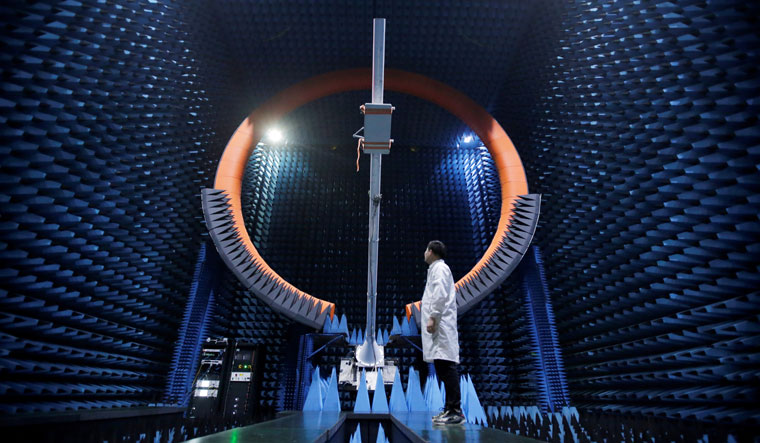 On the radar: An engineer at a Huawei manufacturing centre in Guangdong province, China | REUTERS

The revelry had started early at Huawei’s India offices for New Year 2020. IT and Telecom Minister Ravi Shankar Prasad ended the company’s long wait by giving the go-ahead for it to participate in India’s 5G trials, a day before New Year’s Eve. It came two months after the Modi-Xi meeting at Mamallapuram. Now, after the skirmish in Ladakh, that celebration may just turn out to have been premature. India is firing economic shots at China. Chinese telecom companies Huawei and ZTE could soon be in the crosshairs.

According to sources, the June 29 ministerial meeting in Delhi which banned 59 Chinese apps had also deliberated on Huawei’s involvement in 5G trials. An email questionnaire sent to Huawei did not elicit any response.

Huawei has been called out for its links to the Chinese apparatus before. It was a crucial element in the trade war between the US and China. Among other things, the US accused Huawei of siphoning data to China, and has been asking countries around the world to shun the company. Australia, New Zealand and Japan banned Huawei from installing their 5G infrastructure, while Canada’s top mobile operators chose Ericsson and Nokia.

“It is likely that India could target Chinese telecom infra giants, which could bring it closer to the US,” said Kunal Kislay, cofounder and CEO of Integration Wizards Solution, an Indian AI firm. “In the short term, this will have a disrupting effect on our existing telecom players, who have significant investments in technologies provided by these organisations.”

Indian telecom companies fear costs could mount by 30 per cent if Huawei is taken out of the equation. The Chinese company’s prowess in the next-generation mobile standard of 5G is supposed to be cutting edge. Huawei accounts for 30 per cent of Airtel’s infrastructure and 40 per cent of that of Vodafone-Idea. Its eyes were firmly fixed on India’s lucrative 5G rollout pie. Interestingly, Reliance Jio has steered clear of using any Chinese infrastructure.

India is already behind many other countries in its 5G rollout, with spectrum sales now postponed till next year. However, sentiments are now firmly stacked up against the Chinese company, despite it having been present in India for decades. Huawei also retails smartphones in India under two brands, Huawei and Honor.

“There are legitimate fears regarding foreign surveillance,” said Kazim Rizvi, founder of The Dialogue, a policy think-tank. “Considering how 5G will be a bedrock of India’s plans for smart cities, transport and infrastructure, we need a strategic approach. The Central government has to decide whether it is prudent to allow Chinese investment in technology that is closely linked with nation development. A formal policy on this [has to] consider non-technical aspects such as the political, economic and geopolitical landscape.”