With India planning more roads along the border, there could be fresh flashpoints 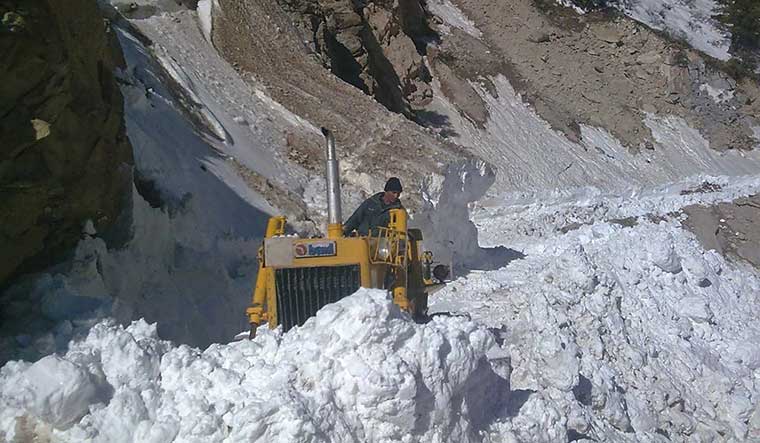 After years of dilly-dallying, India has completed 75 per cent of the project, approved in 1999, to build 73 strategic roads along the India-China border. The plan is to complete the remaining by the end of next year.

This progress has reportedly annoyed Beijing, which seems to view the road construction as “combat”. “The Chinese always make a noise about our infrastructure on the border with them,” said Lt Gen (retired) D.S. Hooda, a former commander of the Northern Command. “And it is only to retain the tactical advantage that they have had for long.”

From a 21-day stand-off in Depsang in the summer of 2013 to fierce clashes in southern Ladakh that coincided with President Xi Jinping’s maiden visit to Delhi in September 2014, China has frequently objected to India’s road construction along the Line of Actual Control.

Reportedly, the current troop build-up by the Chinese army at multiple locations in the Galwan valley is against India constructing roads and bridges to connect the Darbuk-Shyok-Daulat Beg Oldie (DBO) road in eastern Ladakh (which India’s Border Roads Organisation completed last year) to forward areas. The 255-km road provides access to the Depsang plains and the Galwan valley and ends near the Karakoram Pass. It also gives India smooth access to DBO, its highest airstrip, from where the Air Force operates the Super Hercules transport aircraft.

The India-China Border Roads, or ICBRs, were conceptualised in the late 1990s by a consultative panel called the China Study Group. These were then cleared by the Cabinet Committee on Security and given the go-ahead for construction in 1999.

Till then, Indian forces were following an old military belief that if roads were metalled, they would provide easier mobility to the enemy in the event of hostility. Hooda, however, said enough attention was not paid to infrastructure because of a lack for focus and funds. Also, because of the terrain, building roads on the Indian side was harder. “Now we have speeded up, and the Chinese are not liking it,” he said.

The current tensions began on May 5, when troops from the two sides clashed at the Pangong Tso lake in Ladakh. The Chinese were reportedly peeved with an Indian road construction project, which defence officials say was well within Indian territory.

In another controversy, Nepal protested India inaugurating a road that it said passed through Nepal territory. General M.M. Naravane of the Indian Army hinted that Nepal’s protest was at “someone’s behest”, but did not name China.

Said Lt Gen (retired) S.L. Narasimhan, currently a member of the National Security Advisory Board: “Some of the roads run into areas closer to our perception of the LAC. The Chinese become uncomfortable as they feel that [these roads] are encroaching into their perception of territory. That creates anxiety and leads to confrontation. Both sides work as per their interests. And when these interests coincide, you will see such skirmishes.”

A defence ministry official said that the BRO was constructing 61 ICBRs, of a total length of 3,346km, spread across Arunachal Pradesh, Jammu and Kashmir, Sikkim, Uttarakhand and Himachal Pradesh. “Of these, 75 per cent is black top and over 99 per cent is trafficable. Only 40km is yet to be connected,” said the official, adding that the Central Public Works Department was building another 12 strategic roads along the Chinese border. The 73 roads measure a total of 4,643km.

Said a defence ministry official: “It was only in the wake of the 73-day Doklam stand-off with China in 2017 that we realised with shock that most of those roads had remained on the drawing board.” Till then, only 22 roads had been completed, the official said.

Apart from the roads, the BRO has also built a steel bridge, 19 airfields and two tunnels in remote locations near the border in the past one year.

In another significant move, last year, the BRO completed the 19.72km Bheem Base-Dokala road, which reduces the time to reach the Dokala base (near Doklam) from seven hours on a mule track to just 40 minutes.

“Border roads have been our major talking point with the Chinese,” said Lt Gen Hooda. “If you have built up your infrastructure, then why do you object to our building infrastructure? They have the infrastructure advantage and they want to retain it. We always call Chinese objection ‘unjustified’.”

He said the infrastructure advantage not only gave China the edge in operations, but also made routine peacetime patrolling easier.

Knowing this, India has ignored Chinese objections and would go ahead with the construction. Though the nationwide lockdown has halted the process, the government is planning to run more than a dozen special trains from Jharkhand to carry 20,000 labourers to different locations in Jammu and Kashmir, Ladakh, Himachal Pradesh and Uttarakhand.

Officials in the South Block said if it was the road-building that had irked China, then India should be prepared for more flashpoints soon.

On May 26, Prime Minister Narendra Modi met National Security Adviser Ajit Doval, Chief of Defence Staff Bipin Rawat and the three service chiefs to discuss the trouble on the Chinese border. The details of the meetings are not known.

Notably, the Cabinet Committee on Security had, last year, cleared the construction of 44 more “strategically important roads” along the India-China border, which would cost Rs21,040 crore. “We are aiming to match infrastructure on the Chinese side of the border by 2024-25,” said a defence ministry official.