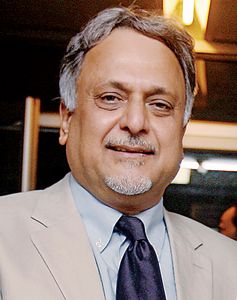 Prime Minister Narendra Modi and President Donald Trump are alike—self-centred, autocratic and relentless in playing to their political bases. So, any cooperation they can muster will be dramatic, especially in the foreign policy field, as differing geographies dictate divergent approaches, tactics and strategies.

Dealing with the mercurial Trump is like traipsing through a minefield. He perceives India as a soft target and complains about a range of issues like unbalanced trade, Indian software companies exploiting H-1B visas, Delhi’s delay in activating the Logistics Exchange Memorandum of Agreement that will permit US forces to use Indian bases and India’s reluctance to manufacture under licence the 1970s vintage F-16 fighters outfitted with new doodahs and designation (F-21).

Modi has placated Trump with periodic buys of non-lethal or “defensive” military hardware—P-8I maritime reconnaissance aircraft and C-17 and C-130J transport planes, $2 billion worth ballistic missile defence system that does not work, and outdated weapons (M-777 howitzer). However, far from softening Trump, it has strengthened his belief that he can keep pushing because Delhi has nothing to push back with—a view Modi apparently concurs with. How else to explain that in the last four years there has been no give and take vis-a-vis the US, just give and more give on India’s part? A dispassionate assessment shows meagre returns on Modi’s policy. On Pakistan-sourced terrorism—the PM’s signature tune—the US has limited itself to making anti-terrorism noises at the Financial Assistance Task Force and other forums amounting to ineffectual posturing because it is not followed up by hard pressure on Pakistan and China. The US needs a helpful Islamabad to extricate itself from Afghanistan. For the same reason, Delhi’s longstanding request for “raw intelligence” on Pakistan-based terrorists has been denied, with only “processed”—meaning diluted, possibly doctored—information being passed on to Indian agencies.

Further, despite Modi’s pleas, Trump is closing down the H-1B visa regime, virtually eliminating the comparative low labour cost advantage of the $181 billion Indian software industry. He has delisted India from the preferential trade concessions scheme for developing countries and is pressing India to lift restrictions on US agricultural commodities. With respect to Delhi’s perennial hope of collaborating in advanced military technology development, India fails to appreciate that the US will not transfer in-date technology for love or money, or disturb the military “balance” it helps sustain in South Asia.

The US is determined to avoid armed conflict with China at all cost. It is high time India explored an alternative security coalition organic to Asia to strategically hamstring China. A modified quadrilateral involving India, Japan, Australia and a southeast Asian group of Vietnam, Indonesia, Philippines, Singapore and Thailand will minimise the role of an unreliable America.