Genie from a war lab

Did the novel coronavirus leak out from a biowar lab in Wuhan? 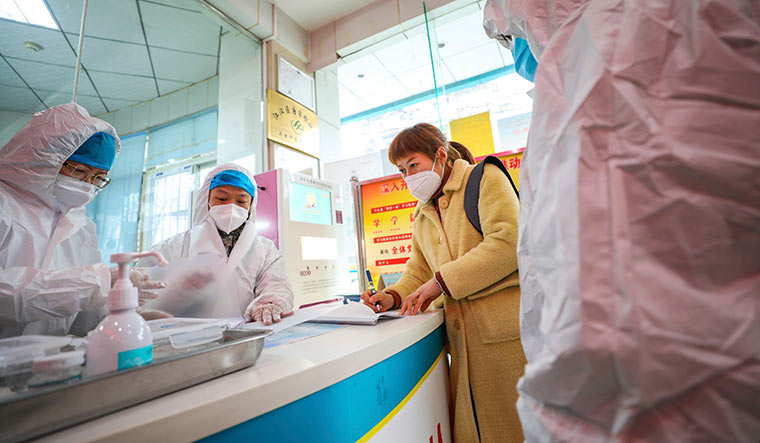 THE 1976 HOLLYWOOD thriller The Cassandra Crossing shows three Swedish terrorists breaking into a high-security Geneva lab where a strain of a plague germ is kept for research. Two of the terrorists are shot by guards, but one, who had broken into the strongroom, escapes and boards a train to Stockholm. He develops symptoms on board and infects other passengers.

Did the novel coronavirus leak similarly through a worker in a biowar lab in Wuhan? The Washington Times, which is known for its CIA links, has raised the suspicion in an article quoting Dany Shoham, a former Israeli military intelligence officer who has studied Chinese biowarfare.

Indian scientists would not rule out the possibility. The Wuhan lab, said Dr William Selvamurthy, a former chief controller of the Defence Research and Development Organisation who was in charge of the life science labs, could have been keeping the virus under BSL-4 (biosafety level-4)—the most secure condition for reseach. So, the possibility of someone having been infected from the lab and inadvertently spreading it could not be ruled out, said Selvamurthy.

Though India has never accused China of germ war research, military scientists had prepared several blueprints and modelled threat scenarios of India being targeted by an enemy country or rogue agents with bioweapons. The DRDO had even worked out the operating procedures to be followed in case of a bioattack. “We had worked out several scenarios of various life systems being affected, and the defensive mechanism to be adopted,” said Selvamurthy.

The Wuhan Institute is officially acknowledged to be China’s most advanced virus research lab complex. China, a signatory to the Biological Weapons Convention (BWC) since 1985, had, in 1993, declared the Wuhan Institute of Biological Products as one of eight biowarfare research facilities covered by the BWC. Yet, last year’s US state department report on arms control compliance had accused China of working on military pathogens for offensive purposes. It said the US had concerns with respect to “Chinese military medical institutions’ toxin research and development because of the potential dual-use applications and their potential as a biological threat”.

China has maintained that the virus has originated from wild animals sold at a market in Wuhan. The lab under suspicion is just about 30km from the market. The virus has been identified as a virulent strain, much like any classical germ warfare strain—they were designed to be virulent initially, but quickly controllable. The idea, as a military scientist explained, was for the germ to be released in hostile territory to disable the enemy, but the territory would have to be quickly sanitised for your own forces to capture it.

During the 1994 plague outbreak in Surat and Beed, it was found that the germs had an extra protein ring which could only have been inserted artificially. Indian scientists had raised concerns about a US biowar experiment having gone awry. THE WEEK had carried reports giving details of germ war reseach being carried on in labs under the Centre for Disease Control in Atlanta and about a newly developed germ detector being tested. The US embassy had denied the allegations. There were also reports that the Surat germ could have been developed in a lab in Almaty, Kazakhstan.

There have been rumours and reports in Chinese cybermedia in the last few days suggesting that the Wuhan outbreak could have been a US biowar attack. This, US officials consider, was an attempt to preempt charges that the new virus had escaped from the Wuhan lab, which had been in the crosshairs of the west especially after a team of Chinese virologists working in a lab in Winnipeg, Canada, unauthorisedly sent samples of some of the deadliest viruses on earth to China.