All cases of rights violations are taken equally seriously 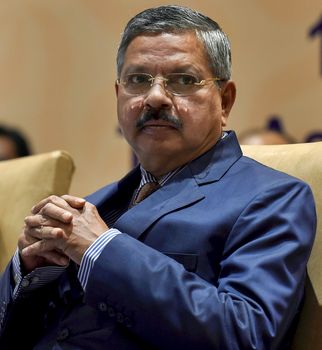 Even a hardcore criminal has human rights. And, says Justice H.L.Dattu, any alleged rights violation becomes a matter for scrutiny by the National Human Rights Commission.

Dattu wants more teeth for the NHRC, which has been struggling with shortage of manpower and resources. He also wants recommendations of the statutory, quasi-judicial commission to be binding on the government and its agencies.

Q/ In a police encounter, whose human rights come first—the criminal or the policeman?

A/ Human rights are for all. Even a convicted prisoner is entitled to basic human rights. The law does not differentiate between people as far as their entitlement to human rights is concerned.

Q/ Are inquiries into police encounters the toughest job for the NHRC?

Q/ Which states have the maximum cases related to rights violations?

A/ Uttar Pradesh, states affected by left-wing extremism—like Chhattisgarh, Maharashtra, Odisha and Telangana—and those affected by insurgency in the northeast have reported larger number of cases compared with others.

Q/ There is a perception that the NHRC only sends notices and has no teeth.

A/ Sending notices is a judicial process. The NHRC, being a quasi-judicial body, has to issue notices to public authorities against whom an allegation of human rights violation has been made, so as to give them a chance, in the ends of equity and justice, to explain and clarify their stand, supported by factual reports, on those allegations.

People need to understand whether they are pointing fingers at the limitations of the Protection of Human Rights Act, 1993, or the NHRC, which functions as per the act’s mandate. According to [the act], the NHRC, in a case of human rights violation, can recommend monetary relief to the victim and action against the erring public servant.

It is true that its orders are not binding, but it must also be acknowledged that its recommendations have invariably been acted upon by authorities concerned. Therefore, whether the commission has teeth or not may remain a matter of perception on a case-to-case basis. In the cases of encounters, too, if it is found, on the basis of the material on record, that an encounter was not genuine, the NHRC recommends payment of monetary relief to the family of the victim and initiation of criminal proceedings against erring officials.

Q/ Do you think the NHRC needs more teeth?

A/ Even the Supreme Court has observed that there should be some areas and issues on which NHRC recommendations should be binding on public authorities. If at all the commission’s orders are challenged in High Courts, it should be on [the basis of] merit and not on the ground that they are not binding. It is for Parliament to make amendments to the PHR Act to this effect.

Q/ There is a huge pendency of cases with the NHRC.

A/ I think the word ‘pendency’, if used [in relation to] the NHRC, may give a connotation that nothing is happening in these matters. All cases registered with the commission are listed and placed before it by its registry, as and when the requisite reports are received from the public authority. Time and again, we have been requesting governments at the Centre and in states and Union territories to send the requisite reports to the commission in a timely manner, so that decisions are taken quickly.

As per an early estimate, there were 19,550 cases under consideration of the NHRC till June 30, 2019. We have started regular video conferences with the senior officers of different state governments…. We are sure this process would result in expeditious disposal of cases.

Q/ Is the NHRC facing a shortage of manpower?

A/ Shortage of manpower is an issue, which has also been noted by the Supreme Court in one of its orders. The commission has also written to the government regarding the same.

Because of our impartial, honest and transparent functioning, an ever-increasing number of persons are taking recourse to the NHRC whenever they think that they have been wronged by an arm or agency of the state. So, it is natural that the number of cases taken up by the commission is continuously rising.

The personnel that we have, were provided to us according to the sanctions given by the government at the time when the commission was set up. Since then, the number of cases taken up by the commission has multiplied many folds. Hence, its overall staff strength, including in its investigation and law divisions, is definitely stretched.