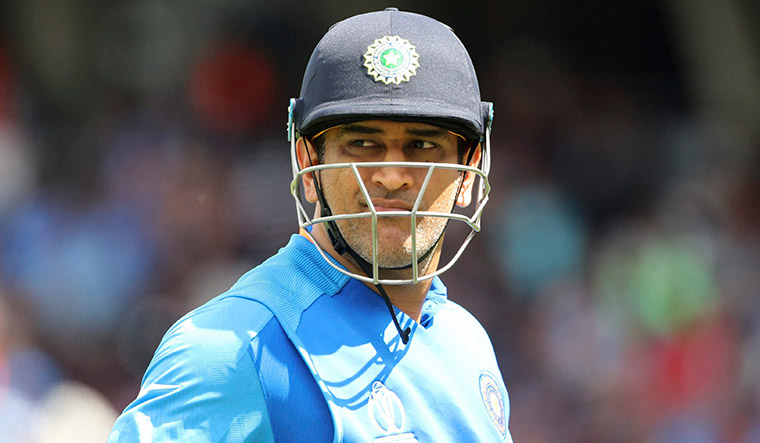 MAHENDRA SINGH DHONI’S 15-year-long ODI career has been an evolution—the sensation with shoulder-length hair who hit power-packed sixes became a sophisticated tactician confident enough to take the game to the last ball and finish it off.

The Dhoni era saw India lifting the World Cup for the second time, in 2011. As he plays in his fourth World Cup, his batting is no longer explosive. But he brings to the table his experience and 360-degree view of the game. Let there be no doubt: Indian skipper Virat Kohli wanted Dhoni in the team.

As Kohli sometimes places himself in the deep to field, it is Dhoni who minds things inside the 30-yard circle. He watches the batsmen and the behaviour of the wicket vigilantly. “The chemistry between Virat and Dhoni will be key to India’s success in the World Cup,” M.S.K. Prasad, chairman of selection committee, told THE WEEK.

Dhoni’s inputs and alterations in field placements set the stage for the Indian bowlers, especially the spinners, in the middle overs to create the required pressure. It is towards Dhoni that Kohli turns when a decision review system (DRS) call has to be made. More often than not Dhoni’s DRS calls are spot on. His glove-work has remained impressive as ever.

Speaking to THE WEEK about Dhoni’s contribution from behind the wicket, leg spinner Yuzvendra Chahal said: “He [Dhoni] has helped me a lot.... He covers 50 per cent of my thinking before I bowl, which allows me to think of other things.”

While Dhoni’s contribution on the field in assisting teammates is widely acknowledged, it is his batting which has been a subject of debate over the last two years. Age is a factor. At 37, he is the oldest in the squad. Between 2015 and 2019, he has scored just one ODI century. The years 2016 and 2018 saw his batting averages fall to 27.8 and 25, respectively.

Defending Dhoni stoutly during the lean phase, Kohli had stated: “Dhoni is one person who knows the game inside out. He understands the game from ball one to 300 on the field.... It is unfortunate to see so many people going after him. Look at what he has done for the country.” Through these phases, Dhoni, as always, kept his thoughts to himself. In the run up to the World Cup, the Indian Premier League gave him a chance to find his batting mojo.

Kohli feels that the No. 5 slot is ideal for Dhoni; his deputy, Rohit Sharma, has the view that the No. 4 slot suits him the most. Master blaster Sachin Tendulkar also backs Dhoni for the No. 5 slot. “That way the experienced batsmen are well spaced out, and Dhoni can stretch the game towards the end, where he himself can be explosive along with Hardik [Pandya],” he told a cricket website.

Dhoni came and changed Indian cricket both as a player and a captain. The 2019 World Cup is Dhoni’s chance to exit from the game on yet another high.