Jallianwala Bagh @100: How many people actually died? A numbers' tale

How many died and got wounded in the Jallianwala Bagh massacre? Frankly, nobody knows 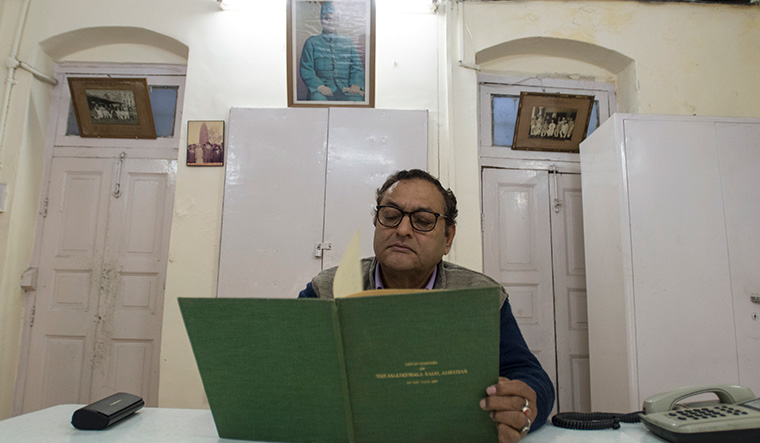 Acentury after the Jallianwala Bagh massacre, the only certain numeric fact is the number of rounds fired by Brigadier-General Reginald Dyer’s troops—1,650. The men kept shooting on a loop for ten to 15 minutes; 33 rounds per rifleman. As for those who were killed or wounded, there is still no exact number.

“There are names of all the Europeans who died [in the mob frenzy erupted after the arrest of Satyagraha leaders] on April 10 [1919],” says Kishwar Desai, chairperson of the Partition Museum, Amritsar. “But, Indians were always a number.”

True, those who died or wounded in Jallianwala Bagh massacre still remain largely unnamed. The British official figure of the dead was 379. “This is not an actual British underestimate,” says Kim Wagner, historian and author of Jallianwala Bagh. In his book, Wagner tries to narrow it down between 500 and 600. “The British underestimate was 294,” says Wagner. “But, after Sewa Samiti [an Indian charity] and the Indian National Congress started doing the door-to-door inquiries, the British had to add numbers. So, 379 was as high as the British were willing to go. But, it is very clear that it does not reflect the total number.” Sewa Samiti claimed 500 deaths.

Raja Ram’s The Jallianwala Bagh—A Premeditated Plan, which came out 50 years after the event, stated 381 deaths. The Congress report claimed that “1,000 is by no means an exaggerated calculation”.

Gerard Wathen, the then principal of Khalsa College, noted in a letter written just five days after the shooting that 20,000 people were present at Jallianwala Bagh and 1,042 died. J.P. Thompson, secretary to the lieutenant governor, who visited the site on April 20, 1919, put the figure at 800.

The list with Jallianwala Bagh National Memorial Trust has 214 names. The Union government, after it conducted a survey in 1964, called the list incomplete. Then, the prime minister’s office came up with the count of 388 names. This included seven names from Pakistan, too.

The truth, even now, lies in between all these numbers. Desai’s team from the Partition Museum was on a mission for two years to find that number. They have gone through all the lists available and came up with a count of 547. This desire to come up with a figure is driven less by the need to be historically accurate, and more by the compelling need to actually have the names of the dead.

“There were 45 unidentified corpses,” says Desai. After the incident, martial law was imposed, and people were afraid to come out and reveal the details of their kin who had died in the massacre. So, the government made calls as late as September 1919 to identify the dead, says Desai.

To pinpoint the number of wounded would be even tougher. During 1919-1920, only 142 people came forward to claim compensation. “It is quite detailed,” says Wagner. “But, 142 wounded is only a part of this number. If 500 to 600 had died, thrice that number of people would have been wounded. So, the total casualties are probably [around] 2,000.”

Dyer “shot men down like rabbits as they ran,” as Wathen put it in a meeting with the lieutenant governor of Punjab. His mention was found in Thompson’s diary entry dated April 14, 1919. “The noise in the Bagh was deafening,” was how Captain Briggs, who accompanied Dyer to Jallianwala Bagh, described it.

Dyer’s men were armed with Short Magazine Lee-Enfields, that fired the .303 bullet (Mark VI) at a muzzle velocity of around 2,000 feet per second. The Mark VI was designed with a thinner cupronickel jacket around the lead core, to ensure that the bullet shattered when it struck bone.

Those who survived with wounds at point-blank range would have suffered deeply. Many had been shot in the back. Wazir Ali, a teacher, lived, but his right eye was shot out and the bullet exited his temple. He was shot in his chest, too. The ten minutes of hell left bodies strewn around. Those who could escape death crawled out of the Bagh. Twenty-seven-year-old Lala Gian Chand was one among those who had managed to escape. But, he came back looking for his 17-year-old nephew, Ram Labhu. He found Ram’s body riddled with bullets. His skull was broken. There was a bullet hole under his nose on the upper lip, two on the left side, one on the left side of his neck, three on the thigh and two on his head.

Ram Labhu deserves to be more than a number. His name should matter. It should be said out loud.