China is the villain 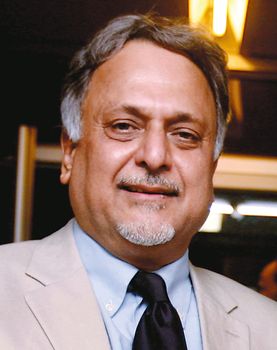 Pakistan has long been China’s cat’s paw in the region. Between the two of them, India has been reduced to a shrinking violet of a country. Beijing’s unwillingness to brand terrorist outfits prospering under Pakistan army protection reflects how masterfully China wields its one-two punch: using terrorist outfits to unsettle India in the sub-conventional military sphere and a nuclearised Pakistan to checkmate it strategically, besides providing Islamabad political cover in case things go wrong.

The success of the China-Pakistan nexus is mainly due to India’s extraordinarily defensive-passive attitude to Chinese provocation. Beijing’s hold on Delhi is so complete, its every move occasions a sense of foreboding and dread in the Indian government. Its rocketing economic growth had added the element of awe to the fear of China, resulting in Delhi’s characteristic stoop as a second-rate power. It is not too late for India to stop being preoccupied with the cat’s paw and to instead deal with the cat.

In its habitual kowtowing, India has lost sight of China’s frailties and ways of exploiting them. The greatest strategic blunder Beijing committed was providing nuclear missiles to Pakistan. India knew of these clandestine transactions when they began in the mid-1970s. Rather than reciprocating by arming states with nuclear missile, starting with Vietnam on China’s periphery, most of whom have territorial disputes with it, India sought to burnish its moral stature as a “responsible state” and handed the strategic advantage to China. Strategically-equipped southeast Asian nations would have brought China to its knees, because its maritime weakness against the powerful Japanese and US navies in the Sea of Japan would have been matched by its vulnerability in the South China Sea. Its seaborne trade, accounting for more than 90 per cent of its exports and generating much of China’s wealth, would then have been in peril.

Then there is Tibet, which is under Chinese military occupation since 1950, which India chose not to contest. It is suffering systematic “cultural genocide”, its people treated with utmost cruelty in their own land. Far from fighting for the ‘Free Tibet’ cause and leading an international campaign against human rights excesses in Tibet, and in Xinjiang, thereby conjoining the Uyghur and Tibet causes, Delhi acts as Beijing’s thanedar, preventing exiled Tibetans from even protesting peacefully in front of the Chinese embassy. If Beijing does not subscribe to ‘One India’, inclusive of the whole of Jammu and Kashmir, where is the need for Delhi to continue to accept Tibet or Taiwan as part of the ‘One China, many systems’ concept?

And, isn’t it time that India, burdened by a colossally unbalanced $70 billion trade with China, used the threat of loss of access of Chinese goods to the vast Indian market to leverage a more equitable trading regime? And, shouldn’t India, like many European countries and the US, ban Huawei and other companies peddling mobile phones and switching systems, and rendering our communications grid vulnerable to cyber attacks?

Moreover, India has been lax in raising offensive mountain strike corps to take the fight to the People’s Liberation Army on the Tibetan Plateau, and not considering the utility of placing atomic demolition munitions in Himalayan passes to deter China from aggressing in the northeast. Doklam was just a foretaste of territorial aggrandisement to come if India does not wake up.