Deal and the detail 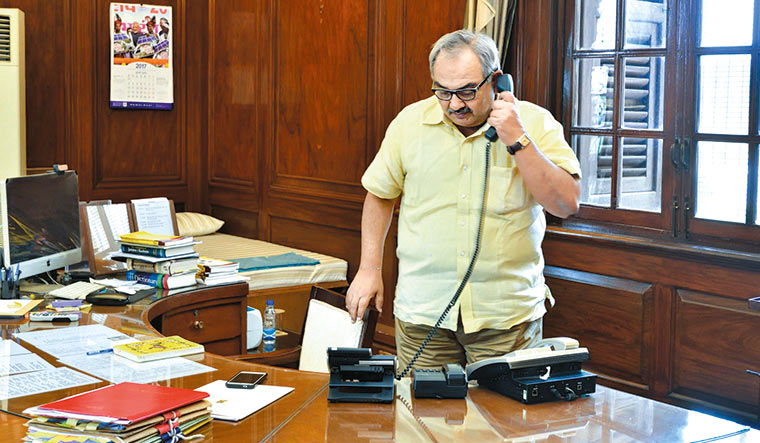 THE MUCH-AWAITED report by the Comptroller and Auditor General of India (CAG) on the Rafale deal has armed both the opposition and the government, as the findings neither indict the government nor give a clean chit to the deal.

The report by the country’s premier auditor, Rajiv Mehrishi, broadly states that the deal under the NDA government at €7.87 billion for 36 jets through an inter-governmental agreement (IGA) was 2.86 per cent cheaper than the price that was being negotiated by the UPA-II in 2012.

However, the audit could not find any proposal with the defence ministry for procuring only 36 jets, as against UPA-II’s proposal to buy 126. It substantiates the opposition’s claims that the Indian Air Force was not consulted before reducing the number of aircraft, and that the prime minister’s office unilaterally took the decision.

The report also highlighted some important observations on the issue of payments and guarantees. A bank guarantee gets directly and automatically invoked in the event of a breach of contract by the seller. The report points out that in the 2015 offer, Dassault Aviation did not furnish any financial and performance bank guarantees. “Since about 60 per cent of advance payments were to be made to the French vendors, the ministry of law and justice advised that government/sovereign guarantee should be requested in view of the value of the proposed procurement,” said the report.

Moreover, the auditor also observed that the French government did not agree to an escrow account as it felt that the “guarantees already provided by the government of France were far reaching and unprecedented”.

The report noted that the finally approved Article 5 of the IGA by the Defence Acquisition Council (DAC) provided that the advance payments were to be made directly to Dassault’s bank accounts opened in a French government-controlled bank, which the French government was to control and monitor for effective implementation of the IGA and supply protocols.

Now, why is the issue of sovereign guarantee so important in this deal? The report explained that in case of a breach of contract, the Indian defence ministry would have to first call for an arbitration with Dassault. “If the arbitration award were in favour of the Indian party and the French vendor fails to honour the award, the Indian party should exhaust all available legal remedies. Only then will the French government make these payments on behalf of the vendors,” the CAG stated.

On the Indian-specific enhancements (ISE), which constitute a significant value of the €7.87bn deal, the CAG said there was a saving of 17.08 per cent. However, the audit noted that four enhancements were stated not to be required in the technical and staff evaluations. “The cost of these four enhancements items was “IS4” M€ (million euros) constituting about 14 per cent of the ISE estimated cost. The ministry (of defence) has stated that “scaling down the requirement to limit cash outgo cannot be considered as saving”,” the report said.

On the overall delivery schedule of the 36 jets compared with the delivery of the 18 jets in flyaway condition in the UPA-II deal, the CAG noted that there was an improvement of only one month in the 2016 contract. The Union government had claimed that it had signed the deal because aircraft were urgently needed.

Moreover, the audit also found that the government spent about 2.68 per cent more on the training package, compared with the previous deal. But the ministry did not clarify the need for enhanced training, including advanced training, when the number of aircraft had come down to 36 against the earlier 126.

Auditors also pointed out that during the negotiations for the 36 aircraft, in view of the huge cost and the reduced number of aircraft, the Indian negotiating team headed by the deputy chief of air staff proposed to reduce the number of ISEs. But Dassault said that since the price was a total package, the ministry would have to take up the matter with the French government.

“In August 2016, before submission of the note to the approval of the CCS (Cabinet Committee on Security), DCAS (deputy chief of air staff) (with the approval of chief of air staff) intimated the ministry (of defence) that ISE scope could be reduced by postponing six enhancements, which could be included if more Rafale aircraft were procured in future,” said the report. The ministry turned down the proposal.

Moreover, in July 2014, the European Aeronautic Defence and Space Company (EADS, now called Airbus) gave an “unsolicited offer of 20 per cent discount on the previous firm fixed 2007 offer on behalf of the Eurofighter Typhoon consortium”. In this offer, EADS also offered to enhance the transfer of technology process through a comprehensive training and support programme to be combined with creation of an Eurofighter Typhoon industrial park in India. “Ministry did not accept this offer, stating that it was an unsolicited offer,” the CAG pointed out.

The CAG did not touch upon the issue of Rs30,000 crore offsets, as those are yet to be submitted to the government by Dassault later this year. A separate audit will look into the issue.