Through many a success and setback, R&AW has come a long way 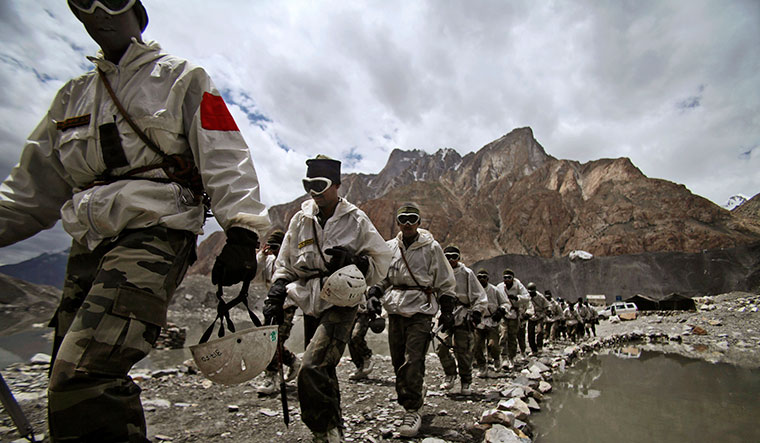 Stand-off: Soldiers at the Siachen base. It was a tip-off by R&AW in the 1970s that alerted the Indian Army of Pakistan’s plans in the region | AP

Hashim Qureshi hijacked an Indian Airlines plane in January 1971 to Lahore, sent the passengers by road to India, and blew up the plane. Since Pakistan foreign minister Z.A. Bhutto had met him during the hostage negotiations, India alleged that the Pakistan government was behind the hijack, and banned overflight by Pakistani aircraft over Indian territory. Pakistan denied the charge, tried Qureshi and sent him to jail. On his release in 1980, he fled to the Netherlands. When he returned to India in 2000, he was arrested. Now, human rights lawyers have contested that a person cannot be tried twice for the same offence. Qureshi is now in Srinagar; the case is pending.

Now, R.K. Yadav, a former R&AW officer, has said in his book Mission R&AW that Qureshi was a R&AW agent (Qureshi has denied it and sued Yadav), and that the whole hijack was stage-managed by R&AW’s founder-boss R.N. Kao to find an excuse to ban overflight of Pakistani military cargo planes from West Pakistan to East Pakistan. The ban forced Pakistani pilots to fly all the way around the Indian peninsula via Sri Lanka, thus effectively choking Pakistani military logistic supplies. No wonder, the Indian Army had a walkover in the Bangladesh war 11 months later. If it was a R&AW operation, it was, perhaps, one of the best executed ones in the history of espionage.

Earlier, both internal and external intelligence were handled by the Intelligence Bureau. When Indira Gandhi came to power in 1966 following Lal Bahadur Shastri’s death, she realised that there had been inadequacies in the IB’s intelligence gathering during the 1965 war. So, she set up R&AW on September 21, 1968. As its head she chose Kao who had impressed Chinese Prime Minister Zhou Enlai with his probe into the crash of Air India’s Kashmir Princess in the South China Sea. Zhou was to travel in it with the delegates to the Bandung Conference of 1955, but had cancelled because of a sudden illness.

R&AW’s next biggest political coup was the Sikkim operation. As the king (Chogyal), bewitched by his American wife, began to allow the CIA to operate from Sikkim, R&AW is said to have funded and encouraged a pro-democracy movement at the behest of Indira Gandhi. It led to an election, after which the legislature passed a resolution to merge Sikkim with India. 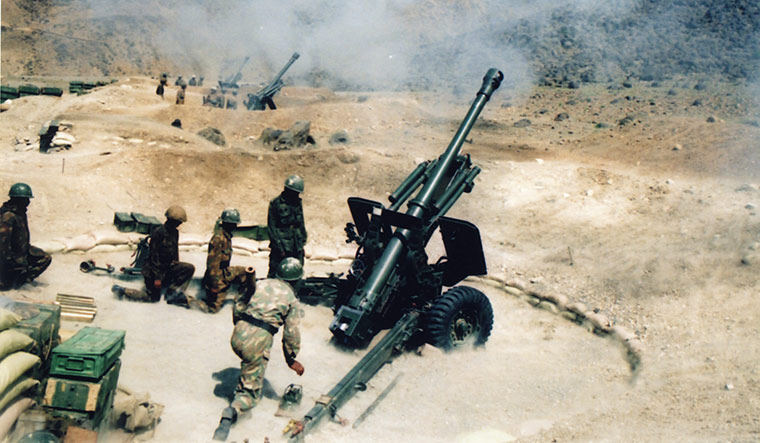 The Bofors gun in action during the Kargil War | Arvind Jain

By the mid-1970s, R&AW had gathered that Pakistan was developing nuclear bomb technology. Chemical analysis of hair samples collected from barber shops near Kahuta nuclear plant by R&AW agents revealed that Pakistan had been able to enrich uranium to weapon-grade. Similarly, an innocuous report about the Pakistan army having ordered thousands of snow-boots from a British firm led R&AW to conclude that it was planning an operation on Siachen. The timely warning helped the Army send a scout under Col Narendra “Bull” Kumar, and there followed a pre-emptive landing of a brigade atop Saltoro Ridge, from where Pakistan has not been able to dislodge them for the last 35 years. A similar report about Pakistan having ordered snow-boots from Austria was said to have been received in 1998, too, yet the analysts failed to read it as preparation for Kargil intrusion.

R&AW came under a cloud when the Janata Party accused it of having snooped on opposition leaders during the Emergency. Kao denied the charge and left, followed four months later by his equally illustrious successor K. Sankaran Nair. It is said, prime minister Morarji Desai even told Pakistan ruler Zia-ul-Haq that he knew about Pakistan’s bomb programme. An alert Zia got the Kahuta neighbourhood swept, thus depriving R&AW of valuable information.

The agency got back its spurs after the return of Indira in 1980. The third chief, N.F. Suntook, vanished with his wife on March 30, a day before he was to retire, leading to media reports that he had been a CIA agent and had defected to the US fearing exposure by his successor. A fortnight later he reappeared, and retired. He had gone to save Mauritius Prime Minister Anerood Jugnauth from a CIA-inspired coup plot. That was the kind of reach that the agency had in its heyday. 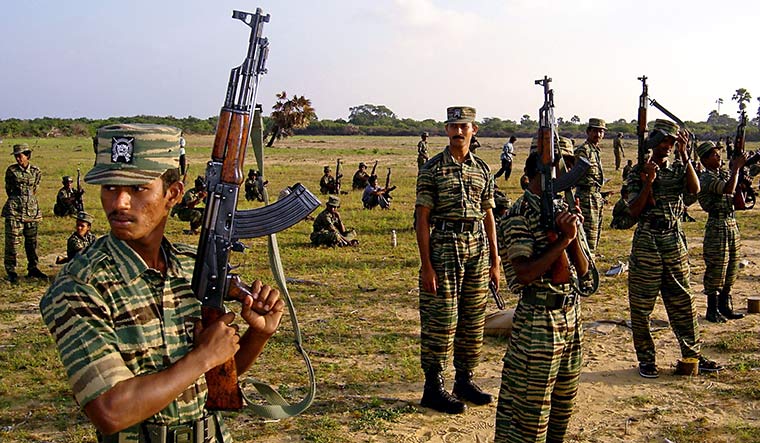 In the 1980s, as the ISI started arming, funding and training Khalistani militants, R&AW set up two hit squads called CIT-X and CIT-J in a tit-for-tat operation. Using border smugglers as conduits for arms, they carried out blasts in Pakistani Punjab and Sindh. Finally, Jordanian Prince Hassan bin-Talal, a friend of India but married to a Pakistani, arranged a rendezvous in a Swiss town between the dreaded ISI boss Hamid Gul and R&AW’s A.K. Verma. They made a peace deal.

Despite having had ‘assets’ in Pakistan’s northwest since the days of Khan Abdul Gaffar Khan, aka Frontier Gandhi, R&AW kept a low profile in Afghanistan during the Soviet occupation in the 1980s. But, as the Soviet withdrawal became imminent, and a US-backed Pakistan was readying to take control of Afghanistan through the Mujahideen, R&AW undertook a highly intellectual operation. It got thousands of copies of Afghan history books—ethno-histories of the Pathans by the likes of Sir Olaf Caroe, books on Sir Aurel Stein’s archaeological expeditions in the region and memoirs of the Anglo-Afghan wars—printed in Delhi’s Daryaganj, and got them distributed in Afghanistan, as well as in embassies and universities across Europe and America. The operation unnerved Pakistan; for the books suddenly reminded the Pathans and the world that the 100-year lease of the Pathan territories to British India by Afghanistan was ending by 1990, and that Afghanistan would be historically and legally justified in seeking return of the frontier region to Afghanistan.

But as India, constrained by the economic crunch of the early 1990s, could not complement the academic operation, there was no attempt at wooing the Pathans with money or guns. So Pakistan, flush with American money and guns, launched the Taliban which finally ousted the India-friendly Najibullah regime from Kabul. R&AW and India failed to save him from being lynched and hanged from a Kabul lamppost. 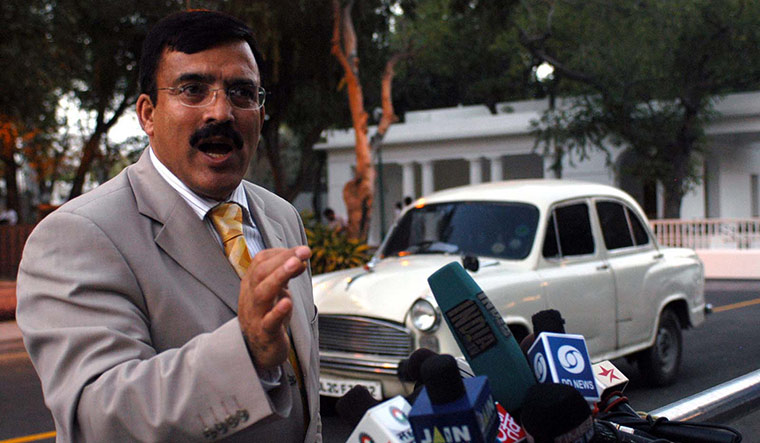 Such failures and setbacks have been several. Having handled the LTTE brilliantly during the Indira Gandhi days, R&AW failed in advising Rajiv Gandhi against his Indian Peace Keeping Force misadventure. It failed in warning about a coup in the Maldives, though R&AW’s terrain knowledge helped the Indian military to launch a lightning operation to crush the coup.

R&AW failed to warn about Pakistan army’s Kargil bid in 1999, but made up for the loss of face by bugging Pakistani army chief Pervez Musharraf’s secret phone talk from Beijing with his chief of staff in Rawalpindi. But in an act of misplaced bravado, the Indian foreign office boastfully played the tape before media—much against the advice of defence minister George Fernandes—leading to compromise of R&AW’s sources.

The biggest setbacks in terms of putting its own house in order were the discovery of K.V. Unnikrishnan, R&AW’s Chennai office chief who was handling the LTTE, as a CIA agent, and the mysterious vanishing act and defection to the US of senior officer Rabinder Singh in 2004.

Perhaps the biggest blow in recent times was the failure to warn about the 2008 Mumbai attacks; but sources say that R&AW had sent warnings, even hours before it, but the security agencies failed to act. And, perhaps, the biggest success in recent times is the ‘management’ of the Sri Lankan elections, by which an India-friendly regime was established in Colombo.