Housing: the next big theme for wealth generation 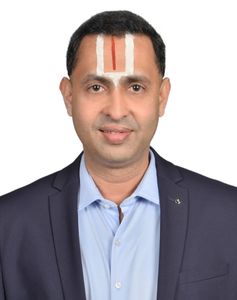 WHEN IT COMES to investing, a lament is quite common. “I wish I knew about this sector or company five or ten years ago. My investment would have multiplied manifold by now. Do you know what the next big theme is?” Such a train of thought or discussion comes up time and again in investor conversations. The struggle always is to identify the next big theme.

Simply going by basics, you can put your finger on a few trends. For instance, the Indian economy over the last few decades have turned into an agricultural powerhouse and has also evolved into a major textiles’ exporter. The third element that completes the trinity of ‘Roti, Kapda, Makaan’ is housing. This is also an area where India needs massive investments. As a means to address this gap, both Central and state governments have taken steps to boost the realty sector.

The next big theme

With rapid urbanisation taking place all over the country, millions of people are expected to move from rural to urban areas over the next decade. These many people will need housing, and accordingly, the real estate sector is likely to grow to double in size from less than $500 billion at present to over a trillion USD, by the end of the current decade. This will also mean that real estate’s contribution to the Indian GDP will go up from around 6-7 per cent at present, to approximately 13 per cent.

What makes real estate so promising in India?

The sector is already speeding up after the economic slowdown caused by the Covid-19 related lockdowns. The housing sales volume across seven major cities in India went up by 113 per cent in the last one year. With incentives coming from schemes like the Pradhan Mantri Awas Yojana (PMAY), the residential real estate sector is expected to grow significantly going forward too.

All of this is expected to continue given the unique demographic advantage India has. Over the next decade, the working population is India is expected to grow while dependent population is likely to be comparatively lower. In other words, more and more households will have rising income levels. At the same time, the median age in India even in 2030 would be around 30-years, while the same globally could be 32-years and 37-years in China.

Moreover, the growth in the economy is already leading to significant wealth creation from other avenues, while real estate affordability is at its best, at least in the last 15 years, as per the Knight Frank Affordability Index. The Reserve Bank of India’s housing price index, which was growing upwards of 20 per cent in the earlier part of the 2010-20 decade, is now growing at a muted low single digit rate. This means low gains on land and building prices over the last decade, leading to a time correction in value, is making the sector attractively valued at present.

All these factors combined with low penetration and housing interest rates at its lowest in almost 15 years, has turned the tide for real estate and housing as a theme in general.

How to tap into this opportunity?

The impending boom in the housing sector will also benefit many other sectors. After all, housing is a culmination of several inputs like financing, engineering design, raw materials like cement, steel and paint, and then also leads to increased consumption in power, consumer durables, among others. Hence, to tap into this promising opportunity, you should keep an eye on, and invest in all of these sectors proportionately.

The best way to do that is through a mutual fund scheme that captures all of the sectors mentioned above, in a strategic and systematic manner. A housing based thematic fund, that invests at least 80 per cent of its corpus in these sectors can be a good investment choice. As a means to make this available for investors, one of the leading fund houses ICICI Prudential Mutual Fund is launching a new fund offer based on the opportunities in housing theme.

With the consumption cycle in housing sector turning, this makes for a good opportunity to gain from the growing housing needs of the Indian economy over the next decade. This time around, you know the next big theme, which is very likely to be rewarding.