Having fallen behind in SUVs, India’s largest carmaker wants to protect its supremacy 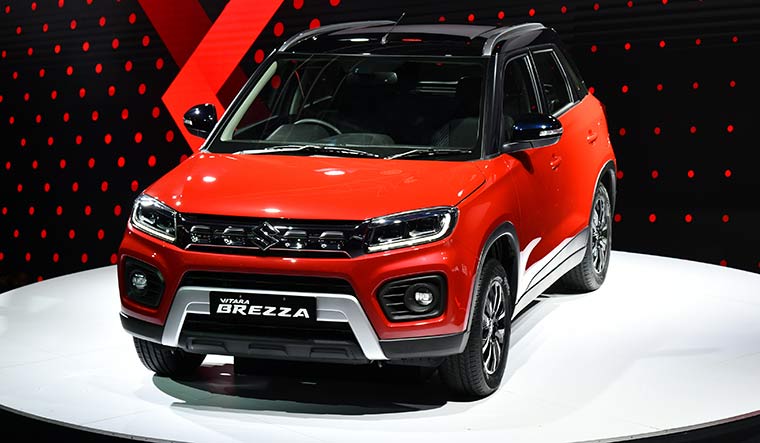 HEAVING OUT OF the arid rock-and-shrub topography of the Vasant Kunj suburb of Delhi is a massive semi-circular monolith that is agog with war-like mission readiness. Spread across three lakh square feet of glass, aluminium and granite, the headquarters of Maruti Suzuki is bracing itself for the fight to conquer India’s sport utility vehicle market.

India’s largest carmaker knows it is late to the SUV party. And after two-and-a-half years with no new vehicles (except for an upgrade to the hatchback Celerio in November 2021), the game plan now is to ‘shock and awe’ the market with a flurry of launches of new models and variants, and a few updates. It is a no-brainer that the new models will be in the SUV segment.

Maruti rode the Indian car buyer’s ‘small is beautiful’ phase for a long time, but was caught out of step with the shift in recent years to ‘big is better’. There is now a distinct preference for spacious, feature-rich, yet affordable vehicles, and it is transforming the market dynamics.

For Maruti, it is a battle to protect its supremacy. Its market share in passenger vehicles has dropped to 42 per cent, a far cry from the glory days when it sold more than half of the cars in the country. In December, its sales were down year-on-year from 1.32 lakh to just above one lakh units. While the semiconductor shortage, as well as price rise and unavailability of some components, did affect its production, experts blame it on the big gap in Maruti’s product offerings.

“Maruti Suzuki is losing market share because of supply chain issues as well as because it does not have a compact SUV,” said Vinkesh Gulati, president of the Federation of Automobile Dealers Association of India.

Maruti’s strength in hatchbacks seems to have turned into a weakness. It dominates this segment, right from entry-level Alto to premium hatches like the Swift and Baleno. But when it comes to SUVs, it virtually draws a blank, with the exception of the ageing Vitara Brezza. “SUV is the only segment where Maruti’s market share is a little low,” admitted Shashank Srivastava, executive director of Maruti Suzuki India. “Our market assessment could have been better and probably we could have acted faster in this segment.” 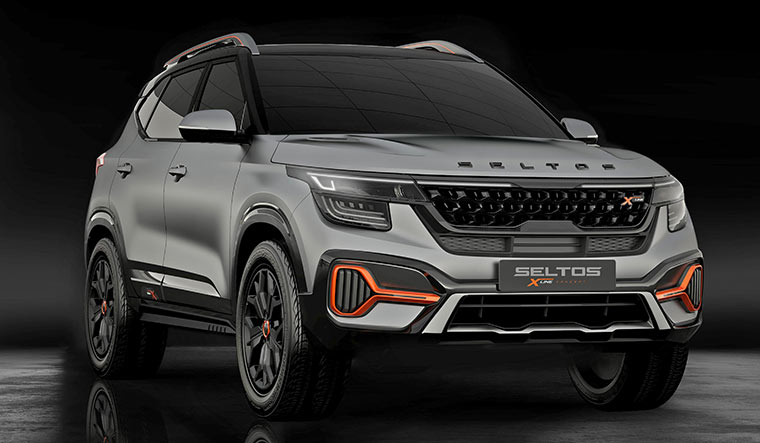 In tune with the rest of the world, SUVs have been riding a popularity wave in India over the past few years. From just 18 per cent five years ago, they closed 2021 as the fastest-growing category, accounting for 38 per cent of the overall market. The once-dominant small cars’ share shrank to 40 per cent.

Going by the trends in the evolved global markets, SUV sales plateau at about half of overall car sales. This means they are set for years of robust growth in India. “SUVs have become extremely important for the market. Beyond numbers, if you take value, they are much, much more,” said Tarun Garg, director (sales, marketing & service), Hyundai India.

How did this happen in what was once stamped and sealed as a ‘value-for-money small car market’? The only answer is ‘compact SUVs’.

In the early 1990s, Tata Motors’s Estate and Sierra and some Mahindra models were the harbingers of the SUV revolution to follow. “These vehicles oozed a macho image and car buyers looked up to them and wanted to click pictures with them, but owning them was not an option. They were expensive, not as comfortable as a car to drive, and were looked up to as niche vehicles meant for off-roading or rallies,” said Gulati.

This changed when automakers caught on to this aspirational value among customers. “Slowly, car manufacturers got the message that customers wanted bigger size and better ground clearance than the small cars and sedans, but at a price that was a bit more comfortable,” said Gulati. Thus came the Tata Safari and the Mahindra Scorpio and both became quite popular. 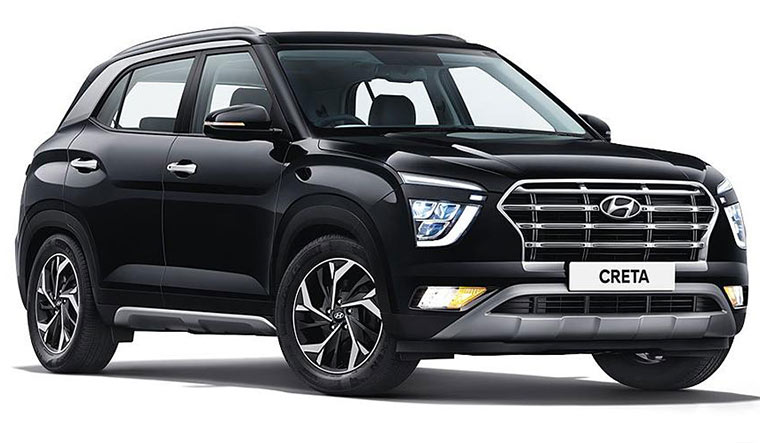 “Car companies, media and auto buffs can keep on talking segments and subsegments, but an Indian customer finally decides based on his budget,” said Gulati. And the price divide was breached in the summer of 2013 when Ford launched the compact SUV EcoSport at a starting price of Rs5.59 lakh.

“That was a price nobody expected an SUV to be available at. That was the inflection point for customers to shift from entry-level cars to compact SUVs,” said Gulati.

Cut to 2022, and the trickle has turned into a torrent. MG Motor and Kia entered the Indian market and have stolen the thunder with only SUVs in their portfolios.

Purists may shake their heads at all sorts of vehicles being billed as SUVs, but not too many seem to be bothered. Certainly not the automakers. While the original definition of an SUV specifies a vehicle with 140mm of ground clearance, today any car with a good enough ground clearance and ‘tall boy’ look can be termed an SUV, right from a Nissan Magnite, which, in another era, would have probably been called a small car.

The loser in all of this has been sedans, the conventional epitome of what a car should be. They accounted for about a quarter of the Indian car market till a few years ago; the share now has fallen to less than 10 per cent. With realisation dawning, auto companies are cutting down on investing in sedans, and very few options are left in the market. “Just like the growth of SUVs has been seen in other countries, we have seen the decline of sedans also everywhere,” said Srivastava. 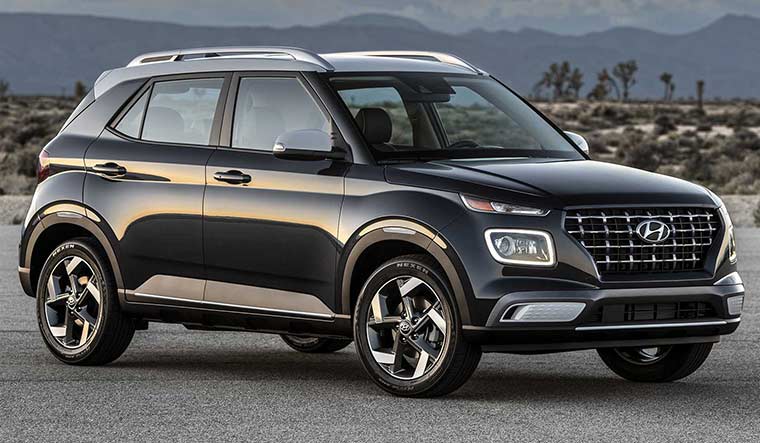 The reason is straightforward. Compact SUVs offer all that customers want at a price that is easy on the pocket. “Compact SUVs are clearly doing well. It fits in with the whole trend of customers shifting from hatch to SUVs,” said Garg.

Today’s SUVs are not just easier to drive than the ones in the 1990s, they also come packed with features, ranging from sunroof and air purifiers to internet connectivity and voice assistants. “Indian consumers’ aspirations are definitely going up,” said Garg. “SUVs were traditionally about space, not design. But that has changed.”

The popularity of SUVs is not limited to sales. Said Sunil Gupta, MD & CEO of Avis India, a car rental agency, “We constantly receive requests for SUVs for long-term rentals.” Sakshi Vij, the founder of the car subscription and rental platform Myles Cars, explained why. “SUVs give a reasonable price point for a vehicle that can be used for outstation trips as well as provide ample comfort within congested city roads,” she said.

The centrepiece of Maruti’s ambitious strategy will be an SUV being jointly developed with Toyota. “We are about 12 per cent in SUVs while in other categories we are at 66 per cent and 95 per cent,” said Srivastava. “It is our objective to preserve this market share.” 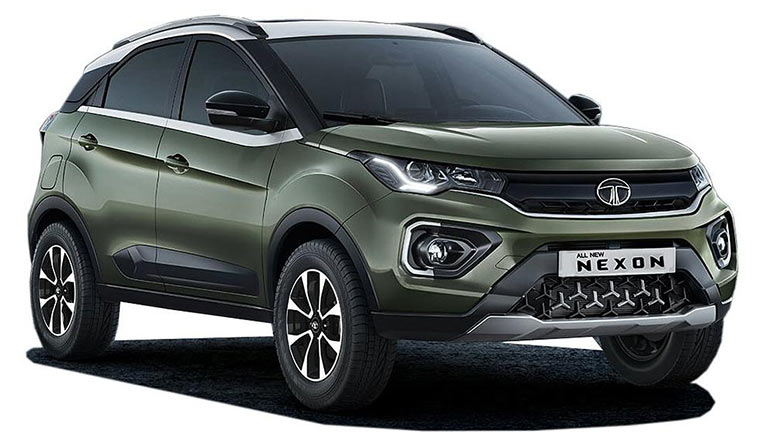 It will not be easy as rivals are also upping their game. Tata Motors recently tasted success in the compact SUV segment with the Nexon and the Punch. The models have been doing so well that Tata surpassed Hyundai as India’s second largest carmaker in December.

Hyundai also has its own plans—as many as four SUV launches are planned for 2022, including a facelift for the immensely popular Creta. “You cannot wait for a market to develop,” said Garg. “We launched an electric car when there was no market (Kona in 2019). As a technology leader, you have to be in touch with customer trends, and the moment you spot a need, you have to go ahead and launch a product.”

Hyundai has announced six electric cars for India over the next few years which, Garg said, would be dominated by SUVs. Maruti believes its market muscle will carry it through once the new SUVs come out later this year, even while planning a hybrid route to electric cars eventually. The battle for the SUV pie promises to be electric, in more ways than one.