No alternative to privatising the banking sector: Arvind Panagariya 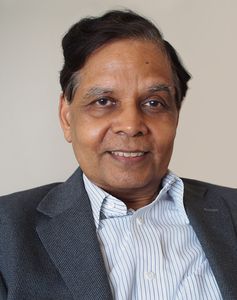 India’s economy has recovered fast from the pandemic-induced crisis, says Arvind Panagariya. A professor of economics and the Jagdish Bhagwati Professor of Indian Political Economy at Columbia University, Panagariya was the first vice chairman of NITI Aayog. In an exclusive interaction with THE WEEK, he talks frankly about the Indian economy. Excerpts:

Q/What is the current state of the Indian economy and where is it headed?

A/The economy has recovered speedily, with India’s growth rate in 2021-22 almost sure to be the highest [among major economies], just as the IMF forecast of October 2021 had predicted. Provided that Covid-19 does not force significant lockdowns, we can count on growing 7-8 per cent a year in the coming decade. If we do a few more key reforms, we can do better.

Q/Do you feel that the economy is moving on the right path? Prices have been steadily rising and inflation has surged.

A/Currently, inflation is well within the assigned target range (2 to 6 per cent). I do not think that the RBI has to begin tightening the moment it sees inflation exceeding the mid-point of the target range. In a developing economy in recovery, I am comfortable with inflation being in the 5 to 6 per cent range.

Q/What kind of steps should be taken in the budget to revive the economy?

A/The underlying question is whether the government should run a large fiscal deficit to stimulate the economy. My answer is no, for three reasons.

First, by the end of the current fiscal year, the debt-to-GDP ratio is predicted to cross 90 per cent according to the IMF. Even at the low average interest rate of 6 per cent on public debt, interest on outstanding public debt would absorb 5.4 per cent of GDP. This is too large a proportion of total government revenues and needs to be brought down.

Second, adding to debt only increases the tax burden on future generations, which is unfair to them. Finally, and most importantly, private investment is now picking up and the fiscal deficit will work to crowd it out. We need to give space to private investment.

Q/Are any reforms required on the income tax front?

A/We desperately need to broaden the tax base. In 2018-19, the number of income tax payers was astonishingly small, at 1.46 crore. Likewise, 50 per cent of the items in the consumer price index basket are out of the Goods and Services Tax net and many others attract the low rate of 5 per cent. So, the masses are effectively out of the tax base of both income tax and GST.

But with the mass of the income accruing to the masses, you cannot increase tax-to-GDP ratio without taxing the masses. You may keep raising the tax rate on the few individuals and commodities in the existing tax base, but after a point, such hikes will only translate in corruption, evasion and reduced effort or consumption.

Given the political challenge in expanding the income tax base—for example, no government will tax the farmers—the only alternative I see is a major GST reform that brings all items into the base and adopts two tax rates of 12 and 18 per cent.

Q/How long will it take for the economy to return to pre-Covid levels? Anything on the GDP projections?

A/According to the advance estimate just provided by the ministry of statistics and programme implementation, GDP in 2021-22 has crossed pre-Covid level. The IMF forecasts a growth rate of 8.5 per cent for 2022-23.

If we undertake a few more reforms such as further opening of the economy to trade, and privatisation of public sector undertakings and public sector banks, we could aspire to reach a 9 to 10 per cent rate. At the same time, we need to continue strengthening the financial sector, including non-banking financial companies. Beyond that, I am confident that as the economy recovers, consumer spending will pick up.

Q/What is your perspective on banking reforms? Is the bank amalgamation exercise showing results?

A/It is imperative to proceed with privatisation of PSBs. The difference in the performance of private banks and PSBs along nearly every dimension is so stark, and the absorption of taxpayer money by PSBs on account of recapitalisation due to repeated episodes of NPA (non-performing assets) accumulation so high, that I see no alternative to privatisation in the banking sector.

Q/What steps can be taken to create jobs?

A/We need to open the economy wider and allow the rupee to depreciate. The states also need to implement the new labour codes expeditiously. They need to empower firms of all sizes to lay off workers under the Industrial Relations Code. Under the law, they can do it by a simple notification.

Q/Do you see any possible impact of the ongoing third wave of the pandemic on the Indian economy, especially on the micro, small and medium enterprises segment?

A/Our main challenge is to escape significant lockdowns in order to control any such impact on the Indian economy, especially the MSME segment.