Residential real estate market on the rebound, headed for consolidation 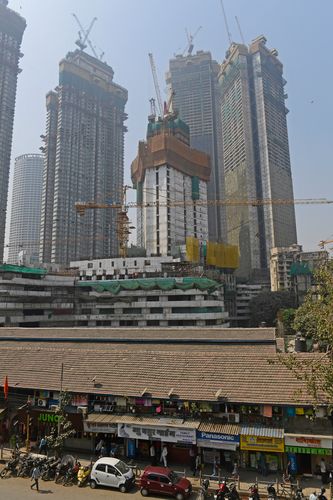 IN MUMBAI, the largest residential real estate market in India, 8,576 houses were sold in October, the highest for that month in a decade. November, it seems, is going to be as good—1,441 properties were registered in the first week of the month, according to the real estate consultancy Knight Frank India.

The past six years had been rough for the residential real estate sector. Demonetisation, disruptions caused by the Real Estate Regulation and Development Act and the goods and services tax and a liquidity crisis had driven down demand for houses. The pandemic was the final blow. Inventories piled up and developers hit the brakes on new launches.

The hard times, however, seem to be over now, with buyers returning to the market. As the prices are steady, it continues to be an excellent market for buyers. The biggest draw, however, is the all-time low interest rates. During the pandemic, central banks around the world slashed interest rates and pumped money into the system. The Reserve Bank of India cut the repo rate (the benchmark rate at which it lends to banks) to just 4 per cent. Banks, in turn, slashed their rates. Some banks offer home loans at 6.40 per cent interest now.

Home sales in the July-September quarter in India’s eight largest cities surged 92 per cent year-on-year to 64,010 units. This was 104 per cent of the quarterly average in 2019, indicating that sales are now above the pre-pandemic levels. “The residential market has been witnessing pent up demand. The market will further be buoyant on festive tailwinds, supplemented by conducive market dynamics like low interest rate and deal sweeteners from developers,” said Niranjan Hiranandani, managing director of Hiranandani Group.

The momentum can be seen across all major markets. Mumbai saw sales more than double year-on-year to 15,942 units in the September quarter, according to Knight Frank India. In Hyderabad, sales jumped more than three-fold to 5,987 units. In Bengaluru, sales surged 131 per cent from a year ago to 11,337 units. Sales rose 94 per cent in Pune, 75 per cent in Kolkata and 48 per cent in the National Capital Region. In Kolkata, 6,861 units were sold in the third quarter, 244 per cent more than the 2019 quarter average.

“The way the market has bounced back is better than the pre-Covid times,” said Rajeev Ramaswamy, joint managing director, Sreevatsa Real Estates. “The lockdown last year made people realise that they need a larger space. So, people now have specific requirements. Young families with children, for instance, are looking for larger homes.”

A few states in the last year announced measures that helped drive the demand. West Bengal, for instance, announced a 2 per cent rebate on stamp duty for property registrations done between July 9 and October 30, 2021. “We have been seeing green shoots of recovery across the state and broader eastern India,” said Harshavardhan Neotia, chairman of the Kolkata-based Ambuja Neotia Group. “Projects like condominiums or integrated townships are in huge demand because facilities like gym, recreation, parks, gardens and daily essential stores are all located within the society premises,” he said.

The demand for larger homes is likely to continue. “We are incorporating a higher percentage of larger units/extra bedrooms in our product mix and configurations,” said Pavitra Shankar, executive director, Brigade Group. 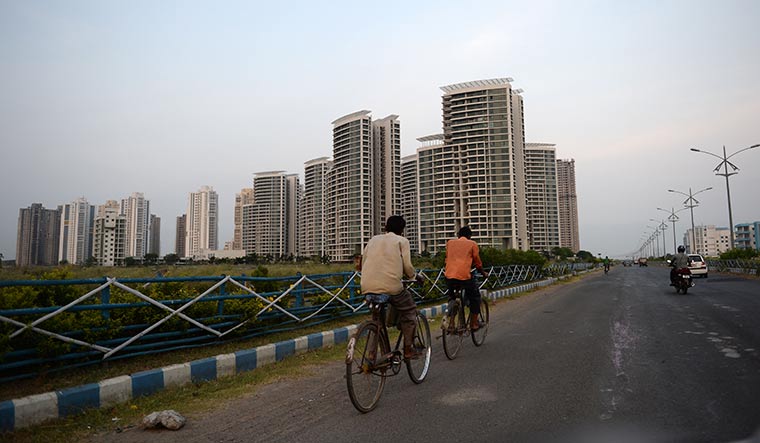 Hyderabad accounted for 31 per cent of new launches between January-September 2021, followed by Mumbai (18 per cent), Pune (17 per cent), Bengaluru (16 per cent) and Delhi NCR (10 per cent), showed data from JLL.

The pandemic has changed not only buying preferences but also selling methods. Developers have invested heavily in technology, and customers can now view projects from the comfort of their homes in augmented and virtual reality. Developers have also streamlined online home buying platforms. JLL expects digital marketing to become the primary channel in the sector to generate leads.

There are, however, plenty of challenges as well. Prices of key raw materials such as steel, cement, aluminium and copper have risen sharply this year, driving up construction costs. Developers have not been able to pass on these to customers, worried that it would dampen the demand. Shortage of skilled labour is also adding to the costs. “As demand for housing becomes imperative, developers are hopeful of sustainable post-pandemic demand. The sharp pressure of cost escalation will ultimately get passed on to the consumer,” said Hiranandani.

The pandemic has resulted in customers shifting preferences to big brands and reputed developers. This is expected to bring in a wave of consolidation. “Owing to healthy balance sheets, access to capital, and weaker developers being shunted out of the market, the market share of large organised developers is set to grow further in the next two-three years,” said Adhidev Chattopadhyay of ICICI Securities.

According to property consultant Anarock, the overall housing sales share of the top eight listed players rose to 22 per cent in 2020-21, from just 6 per cent in 2016-17. Non-listed big developers increased their share to 18 per cent from 11 per cent in the same period. “Organised and seasoned developers will get opportunities to take over languished projects through the joint venture/ joint development route,” said Neotia. “The sector will also witness acquisitions of a portfolio of projects of smaller companies by larger developers.”

Unsurprisingly, realty stocks have been on a dream run. The NSE Nifty Realty index hit an all-time high this year and is up over 100 per cent in a year. With housing demand expected only to pick up the pace, this bull run could be just the beginning of many.