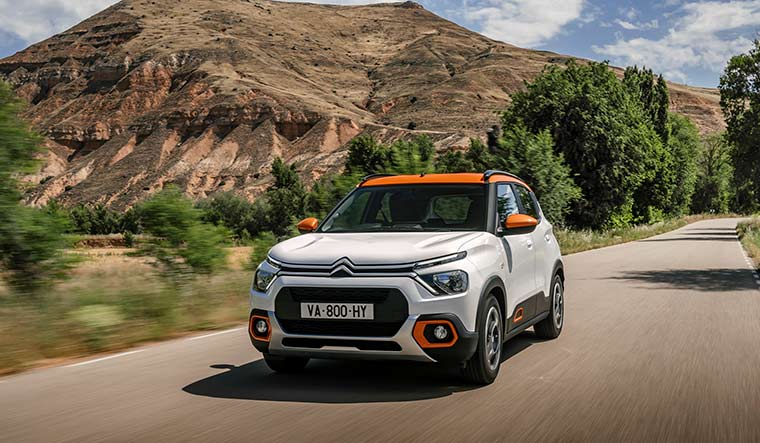 Mahindra and Mahindra opened the bookings for its new sports utility vehicle, the XUV700, on October 7, but was forced to stop in an hour owing to overwhelming response. The company received 25,000 bookings in an hour, which would take it six months to deliver. The next day, 25,000 more units were booked in two hours.

A month earlier, Volkswagen received some 12,000 bookings for the Taigun SUV even before its launch.

As India is getting out of the Covid-19 pandemic, there has been an increased demand for personal mobility, and carmakers are struggling to keep pace. “Covid has made consumers evaluate their mobility preference and we have been seeing a considerable transition from shared to personal mobility in the last 18 months,” said Veejay Nakra, CEO of the automotive division of Mahindra and Mahindra.

“From July, we have seen an increase in consumer demand,” said Vivek Srivatsa, head of marketing (passenger cars) at Tata Motors. “As the vaccination programme is progressing, the confidence of customers is coming back. Revenge shopping and revenge travel are on the cards and car purchase has moved much higher up in priority than what it was earlier.”

SUVs have specifically been in high demand. In the July-September quarter, they outsold cars—3,67,457 SUVs against 3,43,939 cars. “There has been strong demand for UVs with the opening up of markets post the second wave of Covid, and we see this continuing as we get into the festive season,” said Nakra.

Not surprisingly, companies are targeting this segment. In addition to the XUV700, Mahindra launched the Bolero Neo, and its off-roader, the Thar, continues to be in high demand. Skoda launched Kushaq, which shares the platform with the Taigun. French carmaker Citroen, which entered India with the C5 Aircross SUV earlier this year, recently unveiled the smaller C3 compact SUV, which will be launched next year. Morris Garage’s new launch, the Astor compact SUV, takes on the popular Hyundai Creta and the Kia Seltos. 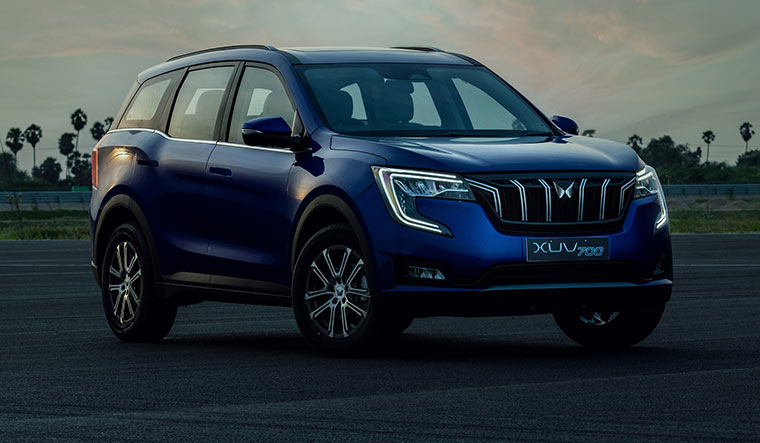 The hottest launch in the segment so far has been the sub-compact Tata Punch. Priced between 15.49 lakh and 19.09 lakh, it has been seeing strong bookings. “Punch is on the way to becoming our top-selling product in line with the Nexon or slightly above it,” said Srivatsa. The success of the Safari and the Nexon has helped Tata Motors regain the position of the third-largest carmaker in the country and the Punch could help it cement that.

Srivatsa pointed out that first-time buyers were increasingly looking at products in higher segments. “Almost half of the customers of the compact SUV Nexon and premium hatch Altroz are first-time buyers,” he said.

Unfortunately, though, what could have been a blockbuster festive season is turning out to be a disappointment for carmakers owing to an acute semiconductor shortage. A car has hundreds of chips—many more in the high-end models—be it the infotainment system, digital instrument panels or even the remote locking and keyless entry system. A surge in demand for consumer electronics—because of the rise in work and study from home—and the glitches in the supply chain owing to the pandemic have hit carmakers hard. 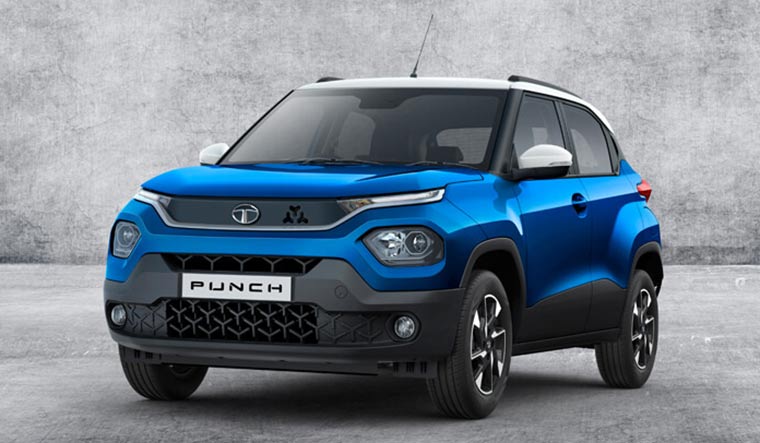 Maruti Suzuki, for instance, could produce only 77,782 units in September, compared with 1,61,668 units in the same period a year ago. It is more or less a similar situation across the industry. “Owing to the semiconductor shortage, in September 2021 there was a drop in production of about 37.46 per cent for passenger vehicles and 17.15 per cent for two-wheelers,” said Rajesh Menon, director general of the Society of Indian Automobile Manufacturers (SIAM).

Typically, before the festive season sets in, automakers increase wholesale to ensure there is enough stock with the dealers, and dealers build up a stock of around 40 days. This time, however, it is barely 15-20 days, or even less in some cases. “Today in the passenger vehicle segment, barring entry-level vehicles, it is supply rather than demand that has become a challenge, and dealers are losing business due to this. The semiconductor issue is so bad that the normal waiting period of 2-3 months has gone up to 12 months for certain models and variants,” said Vinkesh Gulati, president of Federation of Automobile Dealers Association.

Worse, automakers do not expect this to be fixed soon. “Semiconductor is a worldwide issue. Demand is going up across all categories. So, we don’t see the issue getting solved anytime in the near future and will remain a challenge,” said Srivatsa. 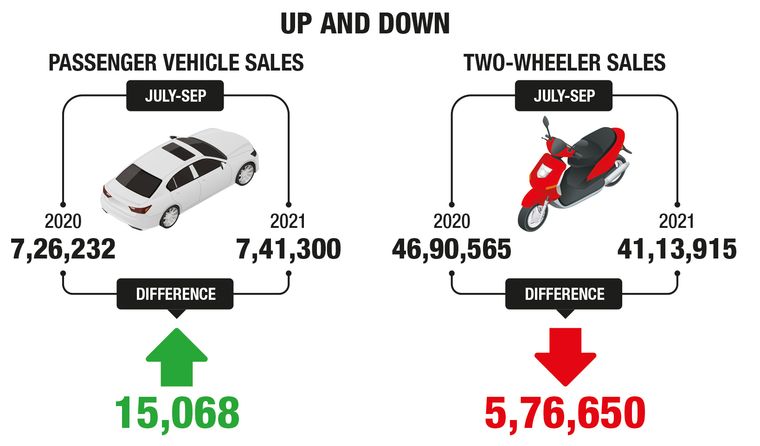 Companies are focusing on managing their product mix by optimising supply chains and maximising production with parts that are available. But semiconductors are not the only headache. Raw material prices have surged this year, forcing many companies to raise prices multiple times. Since January, prices have gone up 7-10 per cent.

Another concern is the rising fuel prices. Across the country, petrol prices have topped Rs 100 a litre mark. Two-wheelers, especially those in the entry-level segments, have been hit hard as value-conscious buyers are worried about the cost of ownership. According to SIAM, only 15.28 lakh two-wheelers were sold in September 2021, compared with 18.49 lakh units in September last year. For the July-September period, two-wheeler sales stood at 41.14 lakh units, against 46.90 lakh units in the same period a year ago.

But, there are signs of a turnaround. As the pace of vaccination has picked up, states are opening educational institutions and many companies have resumed work from the office. This augurs well for two-wheeler sales. Month on month, sales are already up 15 per cent. “Dealers expect double-digit growth in urban areas. Demand is expected to be subdued in rural areas as customer sentiments are yet to normalise after the Covid second wave,” said Raghunandan N.L. of Emkay Global Financial Services.

Anticipating a revival in demand, two-wheeler makers have been lining up new models and offering attractive finance options. TVS has launched the Jupiter 125 CC scooter and Hero MotoCorp has launched a new variant of its Pleasure scooter and the Xtreme 160R Stealth Edition. Bajaj Auto launched the KTM RC 125 and RC200 earlier this month.

The demand for CNG-powered vehicles has been on the rise as their running cost is much lower than petrol and diesel vehicles. “Diesel has come down to 16-17 per cent now of the total industry, while CNG is now 12-13 per cent,” said Srivastava. Here also, the semiconductor shortage is playing spoilsport. The waiting period for the Maruti Suzuki Ertiga CNG, for instance, is nine months.

Electric vehicles are also seeing strong demand. In September, 34,316 EVs were sold, a three-fold jump from 10,637 units sold a year ago, according to JMK Research. Month-on-month EV sales were up 19 per cent. Electric two-wheelers and passenger three-wheelers are driving the EV sales, followed by cargo three-wheelers and passenger cars. Hero Electric in partnership with Massive Mobility plans to set up 10,000 EV charging stations across the country. Earlier this year, Hero MotoCorp tied up with Taiwan’s Gogoro to set up a massive battery-swapping network. Ola Electric, which recently launched an electric scooter, also plans to build a nationwide fast-charging network.