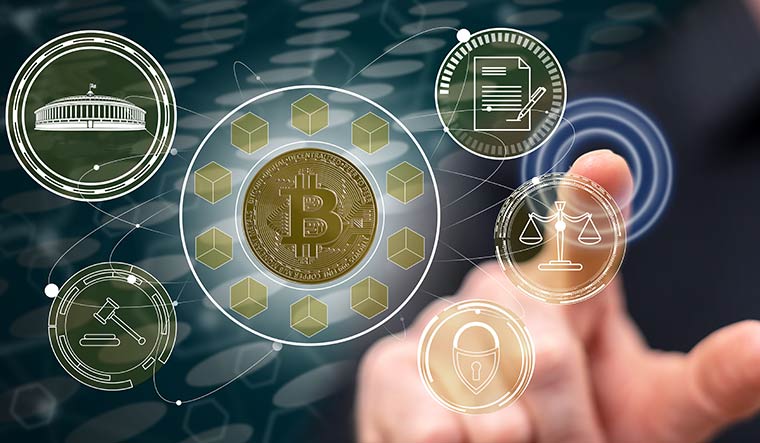 THE COLOUR OF money may be green, but its digital avatar is making the Indian government see red. Not that cryptocurrency—which refers to digital tokens stored in secure online ledgers called blockchain and traded electronically between users—have any particular colour associated with it yet.

That is unless you count how a new legislation might mean Code Red for millions of Indians who own and trade in this digital money. A draft bill scheduled to be tabled in the ongoing session of Parliament aims to ban “all private cryptocurrencies” and bring in a digital version of the rupee.

“Existing laws are inadequate to deal with (cryptocurrencies),” said Anurag Thakur, Union minister of state for finance, in Parliament on February 9. “The bill is being finalised and would be sent to the cabinet soon.”

Reports suggest that the government is in a hurry, and may take the ordinance route to push the law into effect. India’s financial space is keenly awaiting the final draft of the bill and the exact definition of the ‘private cryptocurrency’ that it proposes to ban. “The proposed cryptocurrency bill has created more questions than answers,” said Arjun Vijay, co-founder and COO of Giottus Cryptocurrency Exchange. The fear and uncertainty had created panic and valuation flux in the exchanges earlier this month.

“It is unclear what private cryptocurrency is, and it is an incorrect term,” said Nischal Shetty, CEO of WazirX, a crypto exchange. “Bitcoin and ethereum are public crypto built on public blockchains. Moreover, it is a myth that the Reserve Bank creating its own digital currency removes the need for other cryptocurrencies.”

According to Sumit Gupta, CEO and cofounder of the cryptocurrency traders CoinDCX, India had tremendous potential to grow as a fintech hub. “It would be detrimental for it to impose an outright ban,” he said.

Whether the government’s intention is to ban all cryptocurrencies or to regulate the field is yet to be ascertained. But the move has sent flutters across the financial marketplace. It is not the first time that the government has tried to nip the crypto craze in the bud. In 2018, the RBI banned all banking transactions by cryptocurrency traders in the country. Following this, an inter-ministerial committee as well as a committee headed by then finance secretary Subhash Chandra Garg proposed a complete crackdown, including a jail term of 10 years for holding or mining cryptocurrencies. 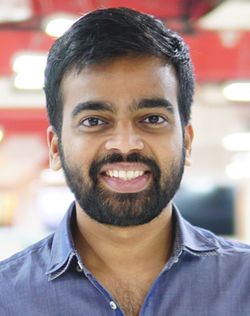 However, the Supreme Court threw out the RBI ban in March 2020. The withdrawal of restrictions could not have come at a better time, as the pandemic struck and the country went into lockdown. Thousands of new investors signed up with crypto exchanges across India to trade. As the global economy and global indices went into a Covid-induced tailspin, bitcoin, always designed to be macro economy-proof with its own security and transaction ecosystem, took off.

Consider this. About just a year ago, bitcoin, the oldest and best-known among cryptocurrencies, was worth around 05 lakh apiece. Currently it is trading at 034 lakh, an increase of nearly 500 per cent in a year, outperforming the likes of gold (which went up 25 per cent during the same period), silver (48 per cent) and stocks (23 per cent). “A younger generation of investors think of it as an alternative to gold,” said Gaurav Rastogi, founder & CEO of kuvera.in, an online investment advisory.

That could be just the tip of the iceberg. According to JP Morgan Chase, one bitcoin could be worth more than 01 crore in the long term, while a recent Citibank forecasts says bitcoin will hit as much as 02.19 crore in value in 2021 itself. Not surprisingly, an estimated 70 lakh Indians own cryptocurrencies worth 07,000 crore. There are about 300 crypto startups in India, according to the Reserve Bank.

The new bill could just rain on these investors’ parade. An outright ban would leave investors in a demonetisation-era quandary—with money in the bank but no legal way to access it. “Crypto never vanishes, it remains where the user keeps it, on the internet or digital wallet. It does not lose its value,” said Kumar Gaurav, founder and CEO of Cashaa, which calls itself a ‘bank for the crypto economy’. “Tomorrow, if the Indian government bans gold, will it make the value of gold zero? However, a major drawback of gold is that it is physical. If tomorrow a ban is announced, one can just raid and find it. That is not the case with bitcoin as it is virtual and its technology cannot be penetrated.”

In fact, it could even be better. “Hypothetically, in case it is banned, its value in the local market will go up in a few months as its supply will reduce through legitimate ways,” he said. “The government /RBI can ban local crypto exchanges, but cannot ban crypto as it is not controlled by the government.”

That could be good news for investors. The field being unregulated, it has not been uncommon for exchanges stepping in to shut down unscrupulous traders hoodwinking investors. The Internet and Mobile Association of India had been in talks with the government to draft a code of conduct for crypto companies in India. “The code of conduct lays out a guideline for KYC/AML and other regulatory-related features in line with the technology changes that have happened in the past few years. This will help curb illegal activities as well as scams,” said Shetty.

Countries like Japan, Australia, South Korea and Switzerland are said to be moving towards legalising cryptocurrencies. Financial giants like MasterCard and PayPal have already opened up their networks to cryptocurrencies. Last week, carmaker Tesla invested $1.5 billion in bitcoin, pushing it to a new all-time high. Companies like Microsoft, BMW, AT&T and Burger King already accept bitcoin as payment. Rumours abound that Apple could be next.

In India, though, all eyes are now on what the government will do. “The right crypto regulation will catapult India ahead in this innovative technology,” said Shetty. “A wrong regulation, like a crypto ban, will set our country back by a decade.”