A bad bank will clean the system, but its efficiency will be key 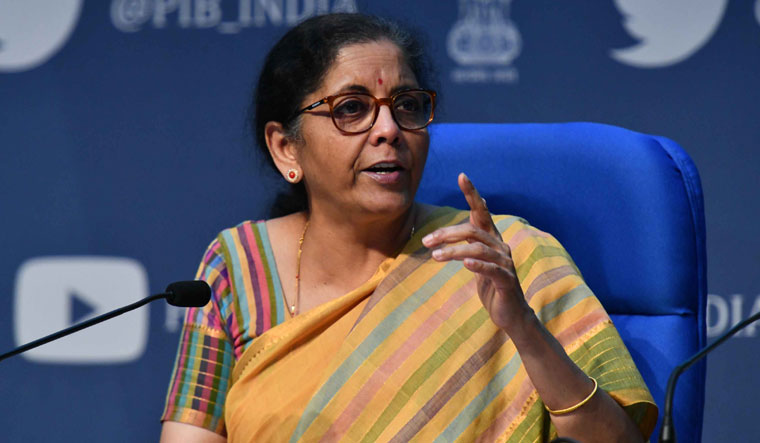 Whenever the economy slowed, a quick remedy to regain pace was to make banks lend more. It helped businesses expand and consumers buy more, driving up demand for goods and services. Now, however, banks’ headroom to lend has been limited by a mountain of non-performing assets (NPAs).

The pandemic has made things worse. Sectors like travel, tourism and retail are severely affected. And bad loans across the system are expected to spike. The latest financial stability report by the Reserve Bank of India says the bad loan ratio is likely to hit a 23-year high. “The gross NPA ratio of all scheduled commercial banks may increase from 7.5 per cent in September 2020 to 13.5 per cent by September 2021 under the baseline scenario; the ratio may escalate to 14.8 per cent under a severe stress scenario,” it says.

Finance Minister Nirmala Sitharaman has a plan for stopping bad loans from dragging the entire sector down—create a bad bank. A bad bank is essentially an institution that purchases NPAs from banks, restructures them and then sells them. It can save banks the trouble of dealing with toxic assets and help them focus on their more important role of lending.

The government has been toying with the idea, but Sitharaman’s announcement in the budget was the first solid step towards it. She proposed that an asset reconstruction company (ARC) and asset management company (AMC) would be set up to consolidate and take over the existing stress debt and then manage and dispose of the assets to alternative investment funds and other potential investors for eventual value realisation. “The solution is coming out of the banks themselves,” she told THE WEEK. “They agreed to give a formulation to form something like a holding company, cull out all the bad assets and put them into the holding company and that holding company will do the job, which banks don’t have the wherewithal to deal with.”

The Indian Bank Association had proposed the creation of a bad bank. “Taking over the bad loans reduces the provisioning requirements and enhances the ability of the banks to lend to productive sectors,” said IBA’s chairman Rajkiran Rai.

An asset management company, in partnership with an asset reconstruction company, could take over stressed assets from banks. The AMC would conduct the operational turnaround of the assets and create value. In a sense, it would be the market maker and would ensure fair price and recovery of the stressed assets. This AMC is being set up so that AIF (alternative investment funds) can participate, which will facilitate ARC for purchase of the NPA and transfer the risk of those instruments from the banks and financial institutions to the AIF on a larger scale. The government has indicated that NPAs worth about 02 lakh crore would be absorbed by the bad bank, although detailed guidelines are still awaited.

The proposed bad bank is not the first such entity in India. Several private asset reconstruction companies already exist and they have acquired stressed assets worth 03.8 lakh crore as of June 2019, according to the RBI.

Dinesh Kumar Khara, chairman of State Bank of India, said he was hopeful that the new ARC, as well as the existing ones, would succeed now that there was an entire resolution ecosystem, including resolution professionals, that was available following the implementation of the bankruptcy code. “Once this kind of ecosystem is available and they start taking advantage of the ecosystem and start churning the asset, the existing ARCs also will find a new model and it will go a long way in terms of salvaging the bad assets and channelise the precious capital,” said Khara.

Most experts agree that a bad bank was the need of the hour. Veena Sivaramakrishnan, partner at Shardul Amarchand Mangaldas’s banking and finance and insolvency and bankruptcy practice, said while the setting up of the AMC would facilitate the purchase of stressed assets and transfer of risk from the banks, some clarity would be needed on the sale of stressed assets to the AMC. Earlier banks could sell NPAs only to other banks, NBFCs and ARCs.

Some experts are of the opinion that the government not planning any equity investment in the new entity (it will be funded by banks) might not be the best way forward. “In a best case scenario, where this bad bank could have been capitalised by the government and we could have bought the assets on a cash basis, would have been the optimum solution,” said Prakash Agarwal, head of financial institutions at India Ratings and Research.

The government has in the past tried something similar when a Stressed Assets Stabilisation Fund was created to take over non-performing assets from the erstwhile Industrial Development Bank of India. However, this exercise was not very successful as SASF was able to recover just around half of the Rs9,000 crore in aggregate loans that were transferred to the fund, according to a 2014 audit report by Comptroller and Auditor General of India.

Former RBI governor Raghuram Rajan and former deputy governor Viral Acharya, in a paper written last year, cited the IDBI experience and felt caution was warranted. “The bad bank is no solution if it simply transfers bad loans from one government-owned entity to another without changing the incentives to make bad loans at the seller or improving the ability to collect at the buyer,” they argued.

Analysts say that a partial stress reduction may not make PSBs stronger. “A partial stress-removal cannot make these banks good as they are in need of radical institutional/governance reforms, apart from privatisation,” said Anand Dama, research analyst at Emkay Global Financial Services. “Further, the success of ARC/resolution of assets will be important, as the IDBI-SASF experience and other similar ARCs outside India have not been inspiring confidence.”