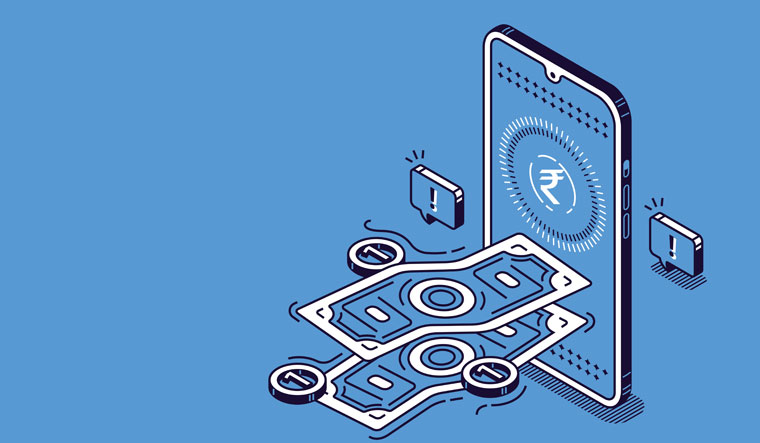 On December 20, a resident of Hyderabad received a WhatsApp message that a close relative of his, Chandra Mohan, had failed to repay a loan he had taken. “As we found your contact number in his dial history, we have to inform you regarding this, so please ask him to pay the whole amount,” read the message. The display picture of the sender had the letters CBI on it, which bore a close resemblance to the logo of the Central Bureau of Investigation. Two weeks later, Chandra Mohan hanged himself in his house in Medchal near Hyderabad. His wife told the media that the sender of the message had given the impression that the CBI was after him.

The display picture had the words ‘Security Limited’ written below CBI in a smaller font. But there is no registered private security agency or recovery agency by this name. The WhatsApp number went dead immediately after Chandra Mohan’s death.

An employee at a supermarket in Hyderabad, Chandra Mohan had borrowed Rs5,000 from an instant loan app in November. According to his family members, he was soon sucked into a vicious circle and ended up taking loans from a dozen apps to repay the huge interest and penalties. The father of three girls sold his valuables and maxed out his two credit cards to pay back some Rs6 lakh, but the debt kept doubling. The shame of the recovery agents harassing his friends and family forced him to end his life.

Five other people killed themselves in Andhra Pradesh and Telangana in the past two months after falling into the trap of instant online loans. The Telangana Police are investigating some 50 complaints lodged against dozens of apps that provide small loans for short terms. “The way they are charging interest and the way they are harassing [people] is illegal,” said V.C. Sajjanar, police commissioner of Cyberabad. “They are causing mental trauma to not only the victims, but also their relatives and friends. They are also issuing fake RBI letters. The worst part is, they are getting access to photo galleries of the customers.”

The police in Telangana have arrested 20 people, including three Chinese nationals. “The Chinese who are on a temporary visa are not allowed to do this kind of business,” said Shikha Goel, additional commissioner, cyber crimes, Hyderabad Police. “The Chinese that we have caught, as per our information, were handling the India operations for a company. All the companies are registered with Indian directors. There is no name of any Chinese, at least officially. However, all the operations are handled by them from abroad.”

caught in the act: Telangana Police have arrested many people in connection with the loan apps scam

Zhe Wei from China was apprehended at the India Gandhi International Airport in Delhi when he was trying to leave the country. He has been identified as the head of operations of loan apps run by many companies. The operational contact person, Qiu Yuan Yuan, is also Chinese. Another Chinese national, Liang Tian Tian, and her husband, Parshuram Lahu Takve, who is an Indian, have also been arrested. The Enforcement Directorate has registered a money laundering case against the arrested people.

Sajjanar’s team has written to Google to take down some 150 instant loan apps on the Android platform, but only a few have been removed.

The investigating officers said all loan lending apps should have agreements with banks or non-banking financial companies and adhere to Reserve Bank guidelines. An RBI circular issued in June 2020 said digital lending platforms should disclose to the customer the name of the bank or NBFC on whose behalf they are interacting, and the loan agreement letter should be issued on the letterhead of the bank or NBFC. A copy has to be provided to the borrower.

The rogue players seldom adhere to these guidelines, and the recovery agents often resort to measures like sending abusive text messages and making calls to people on the defaulters’ contact lists. These ‘call centres’ are spread across the country.

Many of these companies own multiple apps. Investigators think this business model was tailor-made for the lockdown time when unemployment was high. “This kind of money cannot be transferred into the country or taken out easily,” said an investigating officer. “It is highly likely that Bitcoins are used to pump in money as capital and to transport out the revenues. It looks like many Chinese are involved in this type of business and they are operating out of Singapore, instead of China, to escape surveillance.”

The scam has applied the brakes on the digital lending business, which has been growing at breakneck speed. And legitimate lenders are worried.

Five Indian fintech companies—EarlySalary, LoanTap, KreditBee, Kissht and CashE—have launched the Fintech Association for Consumer Empowerment for promoting open and responsible lending practices in the digital world. “We want to be the beacon from the consumer end. If any of the members is doing a wrong thing, we can inform the regulator and correct those practices,” said Akshay Mehrotra, co-founder and CEO of EarlySalary.

Digital lenders have a mine of customer data, including PAN, income and location. “How the industry treats information sharing and customer data privacy is going to be very critical as digital innovation picks up,” said Kunal Varma, chief business officer and co-founder of MoneyTap, a digital lender. 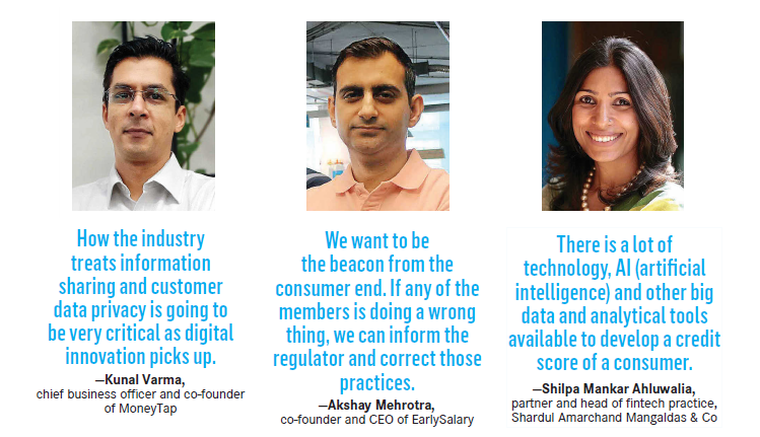 Digital loans are estimated to touch Rs15 lakh crore by 2024, up from less than Rs3 lakh crore in March 2019. “Post Covid, there was a need for contact-less delivery of services, including financial services. That definitely gave one push for digital lending,” said Shilpa Mankar Ahluwalia, partner and head of fintech practice at the law firm Shardul Amarchand Mangaldas and Co. “There is a lot of technology, AI (artificial intelligence) and other big data and analytical tools available to develop a credit score of a consumer. Normally, your bank would look at income tax returns, salary slips and bank statements. Now with this technology, you actually have many fintech platforms that analyse things like your digital footprint, your spending habit, other forms of non-traditional data, which allow them to determine whether a client is credit-worthy or not.”

Technology has also helped reduce the cost of providing loans. Mehrotra said because the processes of approving a loan, transferring the money and recovery were automated, operational expenses had come down almost ten times in comparison with a traditional ecosystem. His company has disbursed more than Rs3,000 crore. He said it took 3.5 years to disburse the first Rs1,000 crore, but the next Rs2,000 crore happened in just 16 months.

Banks, too, have been scaling up digital lending. State Bank of India, for instance, has loaned Rs25,000 crore with the help of its YONO app. It has opened 3.23 lakh pre-approved personal loan accounts and disbursed Rs5,118 crore during July-September.

Bank of Baroda has set up a digital lending department. At ICICI Bank, 88 per cent of personal loans originated digitally in the first half of the year; it was only 62 per cent last year. At Axis Bank, it was 58 per cent.

The apps and companies that play foul have inflicted serious damage on the reputation of the sector. But having a comprehensive data protection law will help. The Personal Data Protection Bill, which proposes restrictions on use of personal data without explicit consent, is pending. “We really need that bill to become law,” said Ahluwalia. “It will set out a framework, which will improve customer confidence and make the industry secure.”