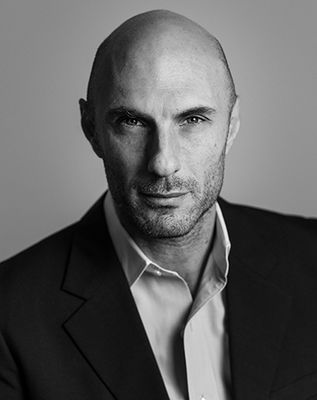 Israel has a solution for every country’s problems. Avi Jorisch attributes it to the Jewish state’s ability to innovate. The entrepreneur and the author of five books, including Thou Shalt Innovate: How Israeli Ingenuity Repairs the World (2018), lives in New York and had worked in the US departments of treasury and defence. He founded IMS, a merchant processing company, and was a key speaker at the Bengaluru Tech Summit on November 20. In an exclusive interview, Jorisch talks about how Israel achieved big and what India should do.

Q/ What is innovation? How has Israel redefined the term?

A/ Israel has achieved remarkable, exponential growth over the past 72 years, and that is a testament to the country’s grit, determination and chutzpah. Even with all the challenges it has faced, the Jewish state has made amazing strides since 1948, not only in developing its sparse natural resources, but also in innovations that have benefited its people and others around the globe.

Industries and countries are looking to Israel to help them solve their challenges. Today, Israel has over 300 research and development centres owned by multinational companies, including Apple, Amazon, Facebook, Google, Intel and Microsoft. China, India and the US now look to Israel to help solve their water needs. Universities around the world are creating joint innovation centres with Israel’s institutions in engineering, biology, physics and chemistry. Also, hospitals, pharmaceutical companies and agriculture ventures are reaching out to Israel to help them cure the sick and feed the needy. The country is a beacon of hope, and its citizens are ready to help solve local and global challenges.

Q/ Israeli innovators are well funded. That is not the case in many other countries. What can be done to improve the situation in a country like India?

A/ Three of India’s biggest challenges are its tax structure, education system and protection of intellectual property. In addition, while it is one of the most generous countries in the world with R&D related tax incentives, it lags behind in R&D tax credits to support university and national lab research. Moreover, Indian governments generally encourage institutions to engage in traditional research rather than to commercialise innovations.

An Information Technology and Innovation Foundation study found that India spends far less than most other countries on primary and secondary schooling for its children: 084,978 ($1,249) per student. In contrast, Israel spends $5,792, Argentina $3,606 and Mexico $3,593. India ranks somewhere in the middle of the pack when it comes to universities, with 25 of the top 800 world ranked institutions. However, only 15 per 1,00,000 people in the country are engaged in research, placing India in the bottom five in this category. Lastly, India ranks among the six countries with the lowest number of total research citations.

According to the Global Intellectual Property Center Index, which measures commitment to innovation through intellectual property protection efforts, in most years, India’s rankings are low.

These challenges have been compounded by a burgeoning population of over a billion people, and the country has the unfortunate distinction of having one of the world’s highest number of people living in extreme poverty. In addition, job creation will continue to be the government’s most important task. India would need to create 8.1 million jobs annually to keep employment rates constant between 2015 and 2025.

The way government officials and policymakers address the country’s challenges will determine how India fares economically in the medium to long term. To improve its competitive edge, India will need to create new growth industries and diversify its economy, including through high value innovation. It will also need to build a powerful innovation ecosystem that includes incubators, accelerators and technology parks, and improve its intellectual property regime.

Q/ What differentiates Israeli innovators and entrepreneurs from the rest of the world?

A/ My book reveals the underlying secrets of how Israel has managed to produce more startups than Canada, India, Japan, Korea, and the United Kingdom combined. And the reasons why Israel has the largest number of companies listed on the NASDAQ exchange, with the exception of the US and China. Despite the fact that 60 per cent of Israel is a desert, it is the world’s only self-declared water superpower. Israel’s innovative success stems from a number of factors, including benefiting from a religious culture that encourages questioning and challenging authority, and defying the obvious. The country embraces its ethnic, political and religious diversity, and has a culture that strongly values secular institutions. Other factors such as chutzpah, obligatory military service, renowned universities, smart big government, a dearth of natural resources and diversity come together as national characteristics to explain how tiny Israel became a technological powerhouse.

These factors are combined with a 3,000-year-old religious tradition that has been calling on us all to do our part to repair the world, including feeding the hungry, curing the sick and helping those in need. This concept of tikkun olam (a Hebrew term that means “repair of the world”) has helped to shape the pursuit of a greater purpose in Jewish culture.

Q/ What can Indian innovators bring to the table? Do they have the capability to change the dynamics of the world as Israelis do?

A/ Since India declared independence in August 1947, it has transformed its economy from one of the world’s least developed to one of the largest and fastest growing. Much of the fuel that has powered this astonishing metamorphosis is technology and innovation.

But there are also a number of looming challenges that will hamper India’s growth if they are not effectively addressed. Technology experts have lamented that Indian innovations are typically incremental and not disruptive; often “first to India” but not “first to the world”. India’s ranking on the Global Innovation Index, 60 out of 140, underlines this reality. According to the Information Technology and Innovation Foundation, which evaluated 56 countries that together make up nearly 90 per cent of the world’s economy, India is one of the least innovation friendly countries, ranking 54 out of 56.

The way government officials and policymakers address the country’s challenges will determine how India fares economically in the medium to long term. To improve its competitive edge, India will need to create new growth industries and diversify its economy, including through high value innovation. It will also need to build a powerful innovation ecosystem that includes incubators, accelerators and technology parks, and improve its intellectual property regime. As the world faces many grave challenges, I have no doubt in my mind that India can play an outsized role in creative solutions that make an impact. As more Indian policymakers, aid workers, scientists and others look to solve these challenges, they should consider turning to Israel for existing innovations that can make a difference or work to create new ones together.

Q/ What do you think of the Indian startup ecosystem?

A/ India has one the world’s fastest growing economies, which has driven growth, created jobs, increased access to resources, improved education and enhanced health care. In the last decade, India’s start-up ecosystem has produced several thousand companies. According to the National Association of Software and Services Companies, India’s startup ecosystem is the third largest in the world, after the US and the UK, and is one of the fastest growing. This is clearly a source of optimism for a better and brighter future.

To further promote innovation, India can deepen its ties with Israel, with which it has much in common. Both have very ancient religious and cultural traditions; both are relatively young countries, established within a few months of each other; both have a history of British rule; both live under constant military threat; both have become regional superpowers; and both have a strong start-up ecosystem.

In 2018, the two countries launched the India-Israel Industrial R&D and Technological Innovation Fund. This involves an annual investment of $4 million from each country for five years, for a total of $40 million. The memorandum of understanding signed by the two is meant to boost cooperation in science and technology, specifically targeting technological innovations in areas of mutual interest such as water, agriculture, energy and digital technologies. Innovation experts are optimistic that the programme will turn out to be one of India’s most important diplomatic achievements in recent years. Nevertheless, these two democracies can do even more to leverage their relationship for the greater benefit of their societies.

Q/ What do you foresee about the startup ecosystems changing across the globe, particularly in Israel and India? Are you writing a new book?

A/ I am really interested in how technology can play a role in curing the sick, feeding the hungry and helping the needy. In my next book I want to write about a history of the future, forthcoming trends, coupled with the personal stories of innovators from around the world that are moving the dial on problems impacting all of humanity. I want to do a deep dive on grand global challenges and provide one innovation or venture that is impacting a billion people. My hope is that this type of book will give readers hope that with enough creativity and determination humanity can solve massive challenges. As per Albert Einstein, no problem can be solved from the same level of consciousness that created it. My hope is to write a new book that will raise readers’ consciousness.