Agritech companies are giving hope to farmers in distress 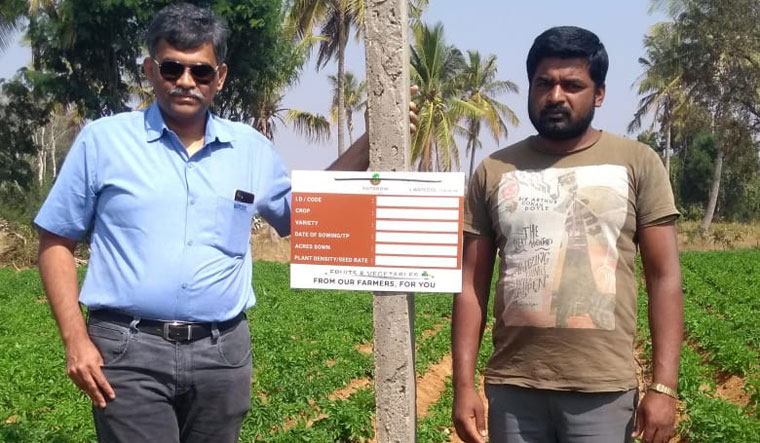 Growing together: Karthik Jayaraman, CEO and co-founder, WayCool, with a farmer in Sadali village, Karnataka

Two years ago, a late evening meeting changed Kishan Rathor’s perspective on agriculture. After the meeting, with agriculture startup Gramophone, he decided to divide his 10-acre farm in Dewas district of Madhya Pradesh into two. He used traditional methods of sowing moong (green gram) in one half and in the other he followed the advice of Gramophone’s app.

“The production cost decreased, while output increased from 22 quintals to 27 quintals,” said Rathor. “It was the first time I realised agriculture can be profitable.” He is classified as a medium farmer; 13 per cent of the farmers in the country fall into this category, which is under threat of being pushed into poverty if the farmers do not use resources well. Luckily for them, increased penetration of cheap smartphones in rural areas has opened up access to information like never before. And the younger farmers are willing to try new things on their farms.

Over 1,000km from Dewas, in Muzaffarpur, Bihar, litchi farmer Sunil Kumar, too, harnessed the power of technology. As lockdown disrupted supply chains, he got himself listed on Kisan E-mart, powered by Pune-based startup Agri10x.The listing caught the attention of a London-based buyer. After a deal was negotiated, the purchaser’s kin checked the produce prior to shipping.

There are over 500 such agritech firms and many of them were founded in the last five years mostly by IIT and IIM alumni. They are bringing innovation into agriculture, primarily digitising the farm-to-factory and farm-to-fork processes, and focusing on minimising wastage across the supply chain and empowering farmers to make informed decisions.

Though the market penetration of these firms is only around 1 per cent, the entry of a new wave of entrepreneurs is starting to transform the way food is produced, marketed and consumed. Covid-19, the bane of millions worldwide, became a boon for agritech companies. These companies also stand to benefit from the Centre’s agricultural reform laws, which diluted the Essential Commodities Act, gave legal framework for contract farming, and allowed farmers to sell to anyone, anywhere. As a result, they are now poised to scale-up operations. As per a recent Ernst & Young report, agritech in India has a market potential of $24 billion by 2025.

“We help farmers increase their productivity and reduce production costs by 20 per cent by giving right advice, and managing their farms through a technological platform, right from sowing to harvesting,” said Tauseef Khan, co-founder, Gramophone. “This is something which is in the control of the farmers, unlike prices and output which are dictated by market dynamics. We help them reduce uncertainty in decision making.” He added that they also educate farmers about scientific agricultural practices and provide better quality seeds, and better crop protection and crop nutrition products than what is available in the market.

Gramophone’s Krishi Mitra app allows farmers to engage with experts and even send them pictures of their crop on WhatsApp. The platform also uses advanced image recognition technology to process farmer queries and return relevant information.

Karthik Jayaraman, CEO and co-founder, WayCool, a Chennai-based company, said that the improvement of road networks in the last 20 years has made movement of goods easier and is one of the enabling factors for the agritech space. “Second is the transformation in the cost of communication and the digitisation of money, which enables faster movement.These are important components of the supply chain and we thought now was the time,” he said.

He added that with the government reforms, the focus had shifted from ramping up production to ramping up the supply. Jayaraman said that the focus should now be on improving the supply chain by building infrastructure to improve cold storage, even in villages.

In another critical area of the agricultural value chain comes companies like Agribazaar, which replicates the mandi using an online aggregation model. A farmer lists his produce and buyers like merchants, traders and corporates can place orders. Once the transaction is complete, Agribazaar picks up the produce and the payment is credited to the farmer’s bank account.

“Our app is helping local farmers go [pan India],” said Amith Agarwal, CEO and co-founder, Agribazaar. He said that in April 2020, the app facilitated the transport of over 8,000 trucks worth of produce, even from far-off places like Ladakh, Sikkim and Lakshadweep. “The response during this lockdown was encouraging,” he said. Founded in 2016, the startup has connected around 10,000 traders and processors, and over 100 farmer producer organisations with its network of over three lakh farmers across 36 states and Union territories. The app has facilitated sales of Rs14,000 crore since its inception, said Agarwal.

Agri10x partnered with the government to help farmers access their marketplace to sell their produce, like the litchi farmer in Muzaffarpur did. “We now have access to the government’s common service centres (CSCs), access points that deliver e-services to rural and remote areas in the country,” said Pankajj Ghode, founder and CEO, Agri10x. “We charge a trading fee of 6 to 10 per cent, which is equally divided among farmers and traders. The two players save a lot of cash, which would otherwise be spent on middlemen. The size of the operation itself is enormous as volumes start from 200 tonnes and go up to 1,000 tonnes.” 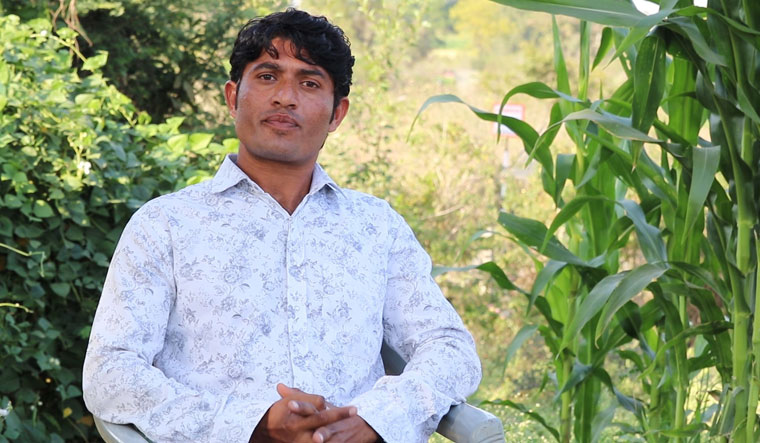 AgNext, a Mohali-based company set up by Taranjeet Singh, measures the quality of agricultural produce. Using its in-house Qualix platform, it helps food-processing businesses analyse the trading and safety parameters of commodities. It provides test reports over the phone within 30 seconds.

The pandemic has brought about a visible change in consumer behaviour. Safety concerns have come to the fore and consumers are reading the labels more closely. Ninjacart, a Benguluru-headquartered fresh food supply chain company, introduced “end-to-end food footprint traceability” for fruits and vegetables. “Footprint is Ninjacart’s first but significant step towards ensuring food safety,” said Thirukumaran Nagarajan, co-founder and CEO, Ninjacart. “It allows the consumer to trace the complete footprint of the products purchased from Ninjacart. For every product one buys from Ninjacart, it will tell you the farmer details, warehouses that handled the produce, the truck that carried the item to stores and more.”

Before the government’s recent reforms, each state had a different set of rules and it was hard for agritech companies to understand. “We could not expand our base outside south India as we did not know the rules,” said Jayaraman. “At some places, we had to pay extra for every kilo bought from farmers. Grains could only be sourced through APMCs (agriculture produce market committees).”