Despite Kishore Biyani’s retreat from the retail wars, his future is on solid ground 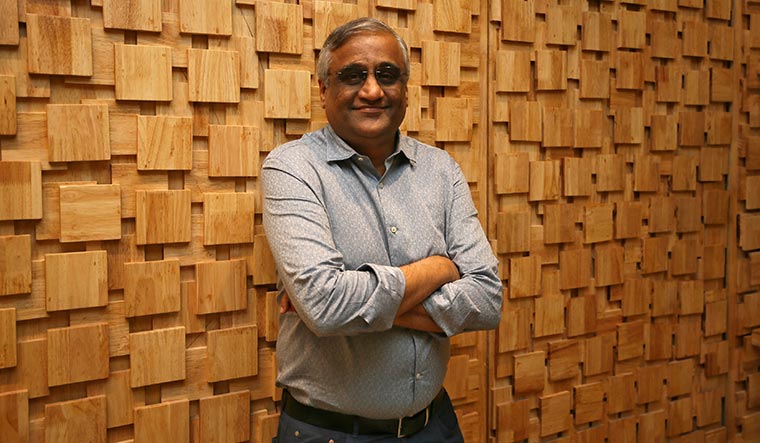 During a retail industry summit in September 2016, Kishore Biyani, founder of Future Group, said: “We would love to be seen as a consumer goods company having its own distribution.” Four years hence, Biyani, who was the king of modern retail in India, has been left with just that—his consumer goods company, apart from apparel merchandising and a small furniture retail business. He agreed to sell much of his retail business to Mukesh Ambani’s Reliance Industries.

Biyani’s entry into retail business was in 1987, when he launched Manz Wear. It was renamed Pantaloon Fashions, one of the few fashion and apparel retail chains in the 1990s. The first Pantaloons store opened in 1997 and the brand soon became popular. In 2001, Biyani launched Big Bazaar, among the first modern big box hypermarket chains. Over the next two decades, he would go on to establish an empire that spread across fashion, lifestyle, grocery and consumer electronics retailing.

Along the way, he made many marquee acquisitions. But, as his empire grew, so did his debt. In 2012, as the debt rose to Rs7,800 crore, Biyani sold Pantaloons to Aditya Birla Group. That would not deter his ambitions, though. The same year, he acquired Big Apple, a convenience store chain in the National Capital Region and, two years later, Nilgiris, a retail chain in South India.

But, the debt continued to rise. It is estimated to be around Rs13,000 crore now. After earnings took a hit because of Covid-19, servicing the debt became a challenge and Biyani was left with little choice but to sell the retail business. Future’s key group companies—Future Retail, Future Lifestyle Fashions, Future Consumer, Future Supply Chains and Future Market Networks will merge into Future Enterprises Limited. The retail and wholesale business, which includes key formats like Big Bazaar, fbb, Easyday, Foodhall, Nilgiris, Central and Brand Factory, would be sold in a slump sale (for a lump sum without values being assigned to individual entities) to Reliance Retail. Future Group will also sell the logistics and warehousing business to Reliance Retail. The deal is worth Rs24,713 crore.

The deal will help Reliance expand its already large, albeit electronics-heavy, retail business and become India’s largest grocery and fashion retailer, in terms of revenue. As per broking firm Sharekhan, its total store area would increase by 83 per cent to 52.5 million square feet. Reliance Retail will also invest 11,200 crore in the preferential share issue of Future Enterprises for a 6.09 per cent stake and Rs400 crore in warrants convertible into equity shares, which when converted upon payment will result in a further 7.05 per cent stake.

“As a result of this reorganisation and transaction, Future Group will achieve a holistic solution to the challenges that have been caused by Covid-19 and the macro economic environment,” said Biyani. “This transaction takes into account the interest of all its stakeholders including lenders, shareholders, creditors, suppliers and employees, giving continuity to all its businesses.” But, what does this deal leave Biyani with?

Much of the proceeds will be used to repay debt. There are also dues pending to suppliers, vendors and landlords. As per a letter by Dhairyashi Patil, president of The All India Consumer Products Distribution Federation, written to Biyani, the outstanding “is in hundreds of crores.” Biyani is learnt to have told suppliers that part of the deal’s proceeds has been set aside to repay all such dues.

Biyani is not one to remain quiet. People who have known him a long time say he remains gung-ho about the opportunities that lie ahead. Retail industry veterans say that Biyani’s knack for building brands will help him emerge in a new avatar. “Biyani is a brand man,” said Govind Shrikhande, former managing director of Shoppers Stop. “So, brand manufacturing and FMCG manufacturing, the huge food parks that he has built will be with him; that is a big opportunity.” Over the years, Future Group has invested in setting up large food parks that would help it strengthen and expand its private brands. Future Consumer Ltd, which is headed by Biyani’s elder daughter Ashni, now houses close to 25 FMCG brands and it has in the recent past inked deals with global consumer goods firms like New Zealand’s dairy major Fonterra, US-based organic food maker Hain Celestial and beverage brand Sunkist. Biyani will come back strong on the brands, manufacturing and FMCG fronts, said Shrikhande.