We want space flight to be as cheap as air flights 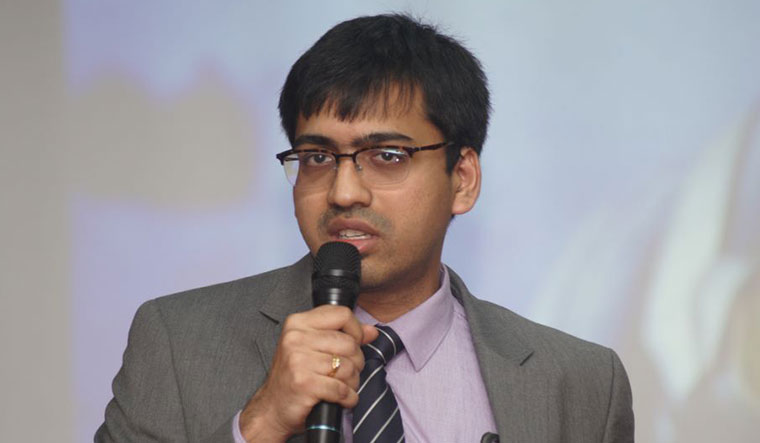 Q/ Is this your first attempt at test-firing an upper-stage rocket engine?

A/ Yes. This is a full-scale one. We have done short-scale and smaller ones in the past. This is the actual engine that will be launched later. This is only the upper stage and there are many other stages involved, which will be tested in the next one year. They will all be integrated closer to the final launch. We want to give it our all and [attain] perfection. It is quite rare for rocket engines to be successfully test-fired in the first attempt, so that is a great achievement.

Q/ What sets the Vikram series apart from other small satellite launch vehicles?

A/ It is the simplicity of the rocket. It is a simple rocket that can be manufactured, assembled and launched very fast. Then there is the cost. It will be much cheaper than other rockets in similar segments in the international market.

Q/ The Indian government recently opened up the space sector to private players. How has your company streamlined plans after this decision?

A/ It has come at the right time. In the next one year, most of our sub-systems and rocket stages will be tested. Our hardware is in the final stages of manufacturing. We can now use ISRO facilities, which was not the case earlier. So, this will help our testing. Also, launching requires licencing and regulatory procedures. We feel there will be no delay from the government’s side and that perfectly matches our timeline.

Q/ Can you talk about the usage of 3D printing technology in your rockets’ bi-propellants?

A/ The bi-propellant fluids that you are talking about are hypergolic, [whose components ignite] once they come into contact. The inside channels of the injector should not leak and, for that, we need to create two independent channels to make sure there is no explosion. It is a very critical technology. It can only be done using 3D printing. Conventionally, we used to have multiple parts assembled together. There were separate parts for the oxidiser and for the fuel. In these assembled parts, leakage is a problem. Now, all these are integrated into a single piece and the channels are made in such a way that [the components] are independent of each other. Only once they come out into the rocket chamber do they mix and burn. This way, there is more flexibility in designing sub-sets. Usually, it takes several months to manufacture (using the earlier method), but we hardly took two to three weeks. Due to this [3D-printing] technology, reliability will increase and failure points will decrease.

The big leap: Raman, the rocket engine developed by Skyroot.

Q/ Your team plans to insert various satellites into multiple orbits in a single mission. Could you elaborate?

The restarting phase is a critical technology and is very rare. We need to design engines specifically crafted for that. Our engine and our propellants are perfect for restarting. We can restart the rocket as many times as we want and send it to as many altitudes as we want.

Q/ Can you talk about the small satellite-launch market? How is it looking for players like you?

A/ In the next five to seven years, more than 10,000 small satellites are set to be launched. And up to 2027, the cumulative market will be [worth] close to $15 billion. Currently, there is only one operational player, a New Zealand-US company, which serves the small-satellite segment; it launches smaller satellites with small rockets. There are a few other companies in advanced stages of development and a couple of others that had their first launch but did not succeed. In the next two to three years, you will see up to five companies doing their first launch, and we will be one of them.

Q/ In terms of business, are you looking at the global market?

A/ When it comes to launching satellites, more than 90 per cent of our market is overseas.

Q/ Does this also mean that you will tie up with companies outside India for launches?

A/ Yes. It depends on the customer’s requirement. From India, a lot of orbits can be reached. If there is an orbit that cannot be reached from India, we can go to different places and launch from there.

Q/ What is your ultimate goal?

A/ The goal is to create a space-based economy. Today, we have an earth-based economy. We feel that resources are only available on earth, and that is because we cannot go to space at a very low cost. In the long run, we want space flight to be as cheap as an air flight so that anybody can go to space. Either for space tourism or to utilise the resources there.

Space has plenty of planets, comets, asteroids, and a lot of metals and resources readily available. Going to space becomes easier when it becomes existential. We can create a space-based economy where human beings can travel and live there. Expanding humanity out into space is the ultimate goal.

Q/ What are your thoughts on Elon musk and SpaceX?

A/ SpaceX is the biggest inspiration for any space company, not only us. It is basically a showcase of what a single company can do. We also want to go as close to SpaceX as possible.

Q/ Would you associate with government projects, including in the defence sector? What are the advantages of such an association?

A/ India has a lot of requirements, especially in defence, when it comes to launching a large number of satellites or building different kinds of rockets. It will be a huge advantage because private companies can build things much faster as there will not be much red tape.

If we want to order parts, we have to just choose our vendor and buy it in a few days. When it comes to government organisations, they need to go for a purchase order and it takes a really long time to even buy simple things. Compared with bigger organisations, operationally, startups can be more efficient, bolder and faster. Because of fewer rules and regulations, there is more innovation in smaller companies.

Q/ How was your personal experience working with ISRO?

A/ It was phenomenal. I loved working there. In fact, I had a lot of hands-on experience working on various launch vehicles. It gave me great exposure, which actually [gave us] the confidence to build something ourselves. That was only possible because of the exposure and the fascination I had after working on India’s largest rockets for five to six years.