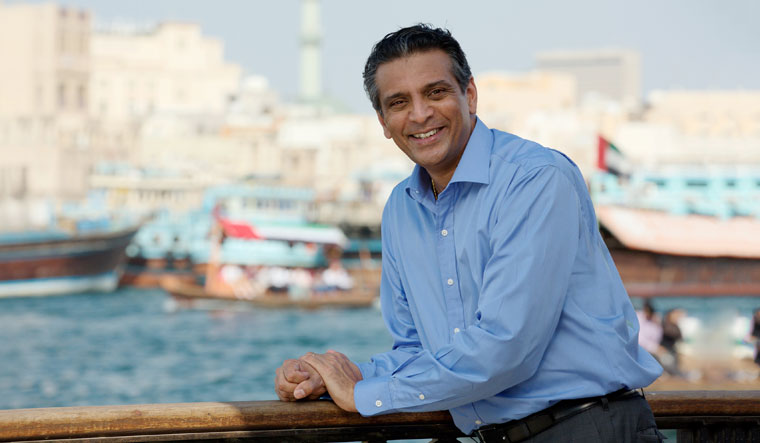 India-born Rajesh Subramaniam started his career in FedEx as an entry level marketing analyst 29 years ago. He rose through the ranks to become president and chief operating officer of the courier behemoth last year. In an exclusive interview with THE WEEK, Subramaniam talks about his company’s strategy during the pandemic, its prospects and his early life in Kerala and Mumbai. Excerpts:

Q/ The past few months must have been challenging for FedEx. How did you deal with it?

A/ Currently, we have found ourselves on the frontline of the war against pandemic, with more than five lakh employees delivering aid and medical supplies across the globe and keeping commerce in motion. Our organisation has helped transport 31.8 kilotonnes of PPE kits since February 1, including over 1 billion masks, across the globe. At the same time, we have orchestrated more than 100 chartered flights and 1,000 ocean containers to supply critical PPE kits. We have also facilitated the transport of more than 7,300 humanitarian aid shipments globally through collaborations with our non-profit partners. At the same time, we have continued to see a significant surge in e-commerce shipments as people stay at home and order online.

Our strategy was built for this growth. We were skating to where the puck was going, but instead, the puck came to us. What we expected to happen in the next three years happened in a matter of three months. We are also reimagining FedEx at the intersection of physical and digital networks. We are also excited about our recently announced alliance with Microsoft to leverage data and technology to add value.

Q/ What kind of changes have you made in the style of functioning at FedEx?

A/ I believe in three roles of the leader—vision, team, and execution. It is critical to establish the vision, and make sure we have the right team in place to take the vision forward and execute it. I am also highly focused on a culture fuelled by collaboration and teamwork. I believe we are stronger together, and the best ideas and results come when we share ideas and work together across the company.

Q/ What have you learnt from the chairman and founder of FedEx, Fred Smith?

Within a few months of joining the company, I had the opportunity of meeting our chairman and founder, Fred Smith. He spoke to a small group about his vision for the future of FedEx, particularly regarding international expansion. He is an inspiring leader, and his vision, which was well ahead of its time, got me hooked. I was lucky to be part of the conversation that early in my career, and I immediately knew I wanted to be part of the global growth.

Five years after that meeting, I was working in management at the FedEx headquarters in Memphis. I got an opportunity to go to Hong Kong to be part of our Asia Pacific division as the managing director of marketing. It was a calculated risk, but it was a unique opportunity to be part of the FedEx growth story in Asia. I learned a lot—it was like running a small business inside of a big business. The scope of the job was vast, as I was responsible for many aspects of the business. This was a pivotal part of my career, and to this day, I credit my seven years spent in Hong Kong as the single biggest move that helped me both personally and professionally.

I was promoted while in Asia, and then the next opportunity was to be the president of our operations in Canada. My time spent in Canada was again an experience I will never forget. There is true learning as you move from a staff function, in my case marketing, to then run as a general manager of operations, for the whole company in Canada. When I first moved to Canada I visited the stations and met with our frontline couriers at 5:30am. I quickly learnt that they were dealing with different issues, and it became evident how vital communications was to the role. Then, an opportunity came to be part of a reality TV show the Big Switcheroo in Canada. (CBC TV). I swapped jobs with somebody from the frontline for a week, and it all played out on reality TV. I learnt a great deal from my time in Canada, the biggest of which was that at the end of the day, the FedEx business is a people business. We can talk about customer experience all we want, but at the end of the day, it is people interacting with people.

Q/ You studied chemical engineering. How did the transition to FedEx happen?

A/ When growing up in India studying maths, physics and chemistry, you are on a straight and narrow path. If you do reasonably well at the IIT, then you are likely to get a scholarship to go to the US. That was my case. I arrived in the US with a $2 bill in my pocket, which I still have, to attend Syracuse University for my master’s. It was only after that point that I began to think ‘is this a career I want to be in, or do I want to broaden myself and go into the world of business?’ It quickly dawned on me that I needed to be thinking broader, that I needed to look for opportunities outside of engineering. I figured the logical path to take would be to get an MBA. I found the cheapest of the top 20 schools I could go to—the University of Texas in Austin.

I graduated in 1991 when the US was in the middle of a recession. Jobs were very tough to come by, especially for somebody like me who did not have a green card. I had been through several interviews and many times I was asked about my green card. So when I walked into my interview with FedEx, I didn’t say good morning or even hello. Instead, I walked in and right off the bat told them I did not have a green card and did not want to waste their time if that was going to be an issue. They looked at me, baffled, and said, “Son, let’s first figure out whether you have what it takes to work at FedEx, then we will worry about the paperwork”. I was hired as an entry-level associate marketing analyst.

Q/ How were your growing-up years in India?

A/ I was born in Thiruvanantha-puram and it was a simple way of life focused on education. My father retired as DGP of Kerala and my mother a doctor. From the beginning I had a big focus on sports. My father is an ace sportsman, and sports have been our passion. I played everything, but focused primarily on cricket and badminton. At age 15, after my education at the Loyola School in Thiruvananthapuram, my father thought that it was prudent for me to move on to Mumbai. Overnight I moved from a nice, comfortable house in Thiruvananthapuram to a 200-square-foot apartment in the middle of a teeming city. Honestly speaking, I enjoyed my time in Mumbai. This change was made very quickly, so the ability to adapt to change and thrive in new circumstances was instilled in me at a very young age.

I was also fortunate to be selected to IIT Bombay. It was a fantastic experience of four years with wonderful colleagues who remain lifelong friends. My biggest learning from IIT Bombay was how to compete in a tough environment. I also learned how to be logical, analytical and strategic. While I studied chemical engineering, I do think these core skills were instilled in me for the rest of my life.

My wife, Uma, who is an IIM Ahmedabad graduate, was at FedEx in the early 90s. When we moved to Hong Kong, we decided that one of us had to take the back seat. It could have easily been the other way, and she would have been more successful than me. We have two children whom we are very proud of.