Despite challenges, India’s sole aircraft manufacturer aims for the sky 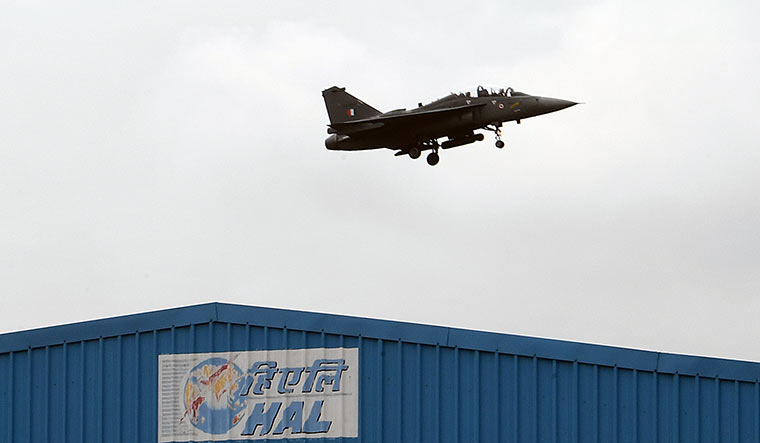 To the future: An aircraft takes off from the HAL facility in Bengaluru | Bhanu Prakash Chandra

Hindustan Aeronautics Limited (HAL) has often been in the news for the wrong reasons, be it the long project delays, quality issues or labour problems. But the aircraft-maker—India’s only one—is trying to shed that image. With an order book of Rs50,500 crore and a number of big projects in hand, HAL is all set to take on the multinational giants that have been looking for a piece of the Indian aerospace and defence pie. 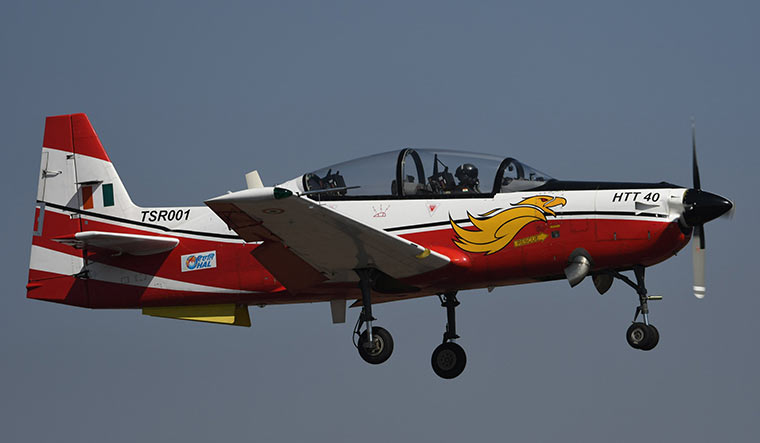 HAL recorded a turnover of Rs21,100 crore for the financial year ended in March, which was 7 per cent more than the previous year. Then the Covid-19 pandemic played spoilsport, and the company is trying to overcome the stress on production by working with private suppliers. “HAL has roped in many private organisations to provide components,” said Air Marshal B.K. Pandey, former head of the Headquarters Training Command of the Air Force. “However, the main assembly of the aircraft and the helicopters rests with HAL.”

HAL has faced many challenges from time to time. Delayed schedules, difficulty in procurement of spares, and human resource problems have been regular. It took around three decades for the company to develop the Light Combat Aircraft Tejas. Pandey, however, said these problems were similar to those of aerospace and defence companies around the world, and HAL was not entirely responsible for the delay. “Partly, the Indian Air Force has to be blamed for delayed deliveries by HAL,” he said. “The Air Force keeps changing its requirements. It should be part of the process of developing an aircraft rather than a bystander. On the other hand, the Navy is somewhat fully involved in the process of an aircraft’s development.” In its initial years, said Pandey, HAL did far better. “It started developing the first fighter, HF-24, in 1956, and delivered it in 11 years,” he said.

It is exactly that kind of efficiency that HAL needs at the moment, as private players have started challenging its dominance in the domestic market. The company has been struggling to sell its products even to the Air Force.

In fact, HAL seems to have woken up to the challenge. “The second batch of the Hawk aircraft orders were produced ahead of target,” said S. Mallikarjuna Swamy, former executive director of HAL. “The company has also taken steps in advance on orders of trainer aircraft, combat helicopters and the development of engines.” Experts suggest that the government should let the company explore the civilian market for helicopters and small planes.

About half of HAL’s revenues come from international deals to manufacture aircraft engines, spare parts, and other materials, which include the fighter jet programme with the Sukhoi Corporation of Russia, the contract to manufacture aircraft parts for Boeing and the multi-role transport aircraft project with Ilyushin of Russia. HAL is planning to set up logistics bases in Indonesia, Malaysia, Sri Lanka and Vietnam, which would help it sell its products and act as service centres.

HAL has a longstanding relationship with the Indian Space Research Organisation. “All launch vehicles of ISRO have parts manufactured by HAL,” said Madhavan. “We have a dedicated aerospace division to support ISRO’s requirements. We are focusing on more technology-intensive requirements and have set up a new facility for manufacturing cryogenic engines to support ISRO’s programmes.”