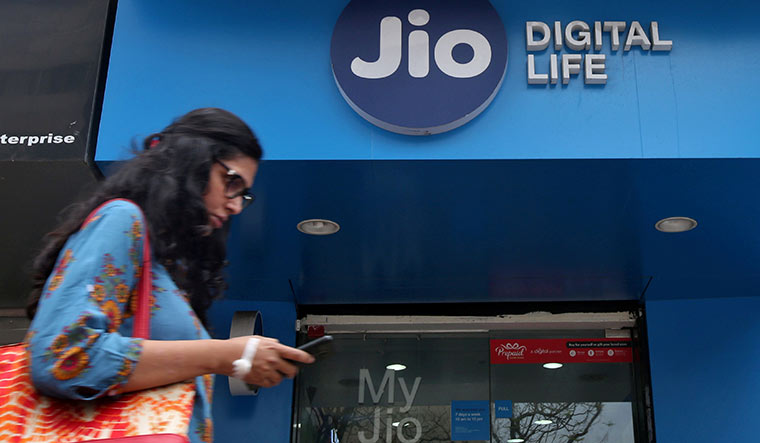 ON JUNE 7, Reliance Industries raised Rs5,683.5 crore from the Abu Dhabi Investment Authority, by selling 1.16 per cent stake in its subsidiary Jio Platforms. This was the eighth deal that Reliance had struck in a few weeks with marquee investors that included private equity firms like Silver Lake, Vista Equity Partners and General Atlantic. One name, however, stood out among the investors—Facebook. The social networking giant picked up a 9.99 per cent stake in Jio Platforms for Rs43,574 crore on April 22.

Facebook is not the only technology giant eyeing a piece of India’s telecom pie. Google is said to be looking for a 5 per cent stake in Vodafone Idea, and Amazon might make a $2 billion investment in Bharti Airtel. Though Airtel and Vodafone Idea denied the reports, industry watchers feel India is set to be Big Tech’s next big battleground. The reasons are obvious—despite being the second largest telecom market, India is still under-penetrated when it comes to smartphones and internet. The change has already begun; investment bank Morgan Stanley pointed out that data usage in the country in the past few years had seen a ‘hockey stick’ growth.

The Covid-19 pandemic, which forced the country into a lockdown, might have been a tipping point for the industry. Morgan Stanley estimates that India’s internet users could jump to 914 million by 2027 from 670 million last year. Total online shoppers are expected see a three-fold growth, to 590 million from 190 million, while average spend per online shopper will surge to $318 from $171. That will generate a glut of data.

Undoubtedly, companies like Google, Facebook, Amazon and Microsoft that collect and use consumer data to drive online advertising see a huge opportunity in India. Jio, for instance, is India’s largest telecom company, and Facebook will gain from the data generated by its 380 million 4G subscribers. At the same time, Jio, which owns the largest retail network in the country and recently rolled out an online grocery service, will gain from Facebook’s digital expertise and Facebook-owned platforms like WhatsApp.

“It is said that data is the new oil. I would argue that data is the new crude. And what companies like Jio or Facebook or Google do with this crude, converting it into big information, is going to shape the future business model in the telecom space,” said Neil Shah, vice-president of research at Counterpoint.

Jethani said deals like the one between Jio and Facebook could be a win-win solution. “In a multi-cloud world where lock-ins are generally disregarded, it is imperative to find new partners that give you sufficient voice and video traffic in a young country like India to propel their cloud offerings into the edge via these telcos. In turn, the use of third platform technologies (mobile, big data, cloud computing, social media) will lead to better localised telecom offers,” he said. 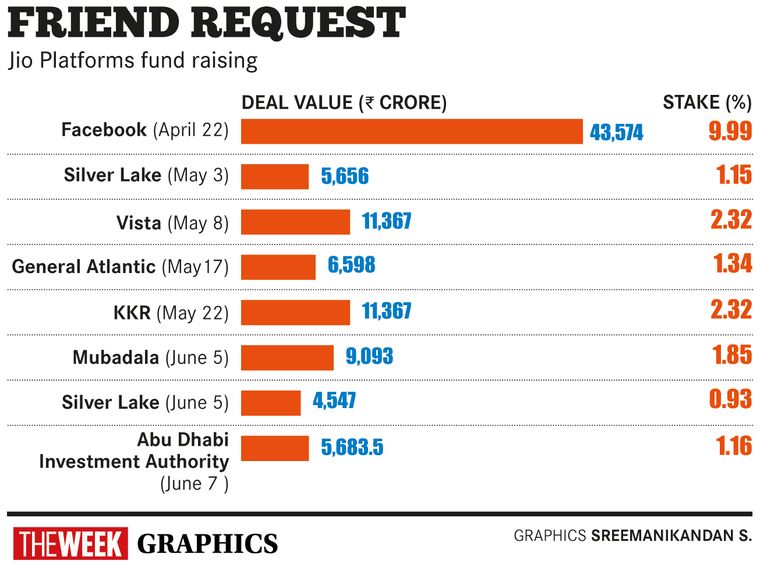 Many of the telecom operators are in urgent need of funds for their survival after the Supreme Court asked them to pay the dues in adjusted gross revenue to the Department of Telecom. These dues are in excess of Rs1 lakh crore. Airtel reported a loss of more than Rs32,000 crore in the year that ended in March. Vodafone Idea is yet to report its full year results, but in the nine months ended in December 2019, it posted a net loss of around Rs62,000 crore.

They will also need a war chest for the upcoming 5G auctions. “Vodafone Idea’s cumulative funding need will be $2.3 billion, including hefty spectrum payments from financial year 2023,” said Deepti Chaturvedi, an analyst at the broking firm CLSA.

Through the sale of stake in Jio Platforms, Reliance has now raised more than Rs97,000 crore. This, coupled with the Rs53,000 crore rights issue, will help the company significantly reduce its net debt, which stood at Rs1.61 lakh crore at the end of March.

Vodafone Idea and Bharti Airtel, too, have huge debts. Airtel’s net debt, including lease obligations, stood at Rs1.18 lakh crore as of March 2020, while Vodafone Idea had a net debt of Rs1.03 lakh crore at the end of December 2019. “Their main aim is to get out of debt. Then only will they look to invest in the 5G networks,” said Shah. Vodafone Idea shares have risen by more than 69 per cent since May 29, when rumours about Google’s investment surfaced. The Amazon investment rumour pushed up Bharti Airtel shares by more than 6 per cent.

Shah expects some of the Big Tech companies to emerge as telecom players in the country. “Like in Japan, where Rakuten (an e-commerce player) expanded into telecom as MVNO (mobile virtual network operator) and is now transforming into a mobile network operator,” he said.

India’s telecom industry has seen cutthroat competition and price war since Jio launched its services three years ago. The industry, which had more than a dozen players at that time, now has just three private players and the state-owned BSNL and MTNL. Late last year, however, companies raised tariffs by 40 per cent. Analysts expect another round of hikes in the current year, which should boost the companies’ balance sheets.

As they grow and embrace newer technologies, telecom companies will morph beyond just being utilities, and cloud computing will help them provide the scale. How they deal with data privacy and data-sharing pacts will be the thing to watch out for.