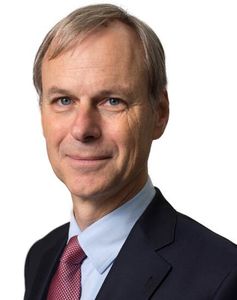 We saw international trade expanding rapidly during the 1990s. The integration of China (WTO member in 2001) and eastern Europe (fall of Berlin Wall 1989) into the world economy were transformative events and started a new process of globalisation driven by global value chains and a fragmentation of production across countries. At the same time, in the early 1990s, India unlocked its economy to the world by lowering its tariff rates. Since the early 1990s, the participation of India in the world economy has risen substantially and today India has become a major actor in the global economy.

We can describe the period of 1990-2007 as a period of fast globalisation, and many countries, including India and the Netherlands, benefited enormously from the advantages of global trade and investment—access to new markets, greater specialisation opportunities, the increased ability to exploit economies of scale and scope and faster transmission of technology and innovation. But we also should not forget the advantage of greater competitive pressure on domestic firms to increase their productivity.

Since the global economic crisis of 2008, growth of global trade has slowed. The decennium of the 2010s first saw a slowdown in global trade as a result of the crisis. More recently we saw a huge change in policies—a rise of protectionism and a crisis in multilateral trade policies. In recent years we have seen a surge in trade-restricting measures and an erosion of the rules-based global trading system. Coupled with rising government support across a range of sectors, this induced disruptions in global and regional value chains and reallocations of activities across countries. In fact, we have entered a period of de-globalisation. Global trade as a percentage of GDP is going down and global trade growth seems to have turned negative in 2019. Also, Indian exports as a percentage of the GDP has been going down since the late 2000s and India has seen a decline in global value chain integration since 2013.

Two recent studies (OECD Economic Survey of India, December 2019, and the World Development Report 2020 from the World Bank) make clear that India has many opportunities to benefit from an enhanced participation in the world economy and from a higher participation in global and regional supply chains. It can boost growth, create jobs and reduce poverty. It would very much contribute to the success of the ‘Make in India’ initiative.

Though unlocking the Indian economy to the world economy during a process of de-globalisation is not an easy task, India’s current position in the global economy offers opportunities to strengthen itself even in a more fragmented global economy.

A first opportunity is the so-called “servicification” of manufacturing. Services are increasingly essential for the competitiveness of manufacturing as product differentiation, speed to market and responsiveness to changing consumer preferences gain prominence even for low-end manufactured products. India has a unique selling point in the global market—a comparative advantage in services. India has run a trade surplus in services since the early 2000s.

To work on the ‘Make in India’ strategy, India is developing its industrial base and attracting export-oriented manufacturing investment. The service sector should play a key role in strengthening the ability of manufacturing and help improve their position in global markets.

To further strengthen this position of the Indian manufacturing industry, it is important to address many domestic distortions. However, India could also liberalise imports and exports, and liberate firms from the limits of local inputs. India should reconsider its tariffs barriers, the complexity of the tariff structure and the requirements on local content. It is important to realise that seemingly small tariffs can substantially disrupt regional or global value chains. By restraining competition from imports or making imports of intermediate goods more expensive, India is raising the costs of inputs.

A second opportunity for India is to become the ‘food factory’ of the world. India is among the top producers of many agricultural products, but there is a huge potential to increase exports. India should deepen its international trade cooperation in agriculture by reducing tariff and non-tariff barriers, especially lowering trade barriers for inputs. At the same time, many distortions in agricultural markets on the national level should be addressed, like improving warehousing, infrastructure and cold storage. And India has to adapt its agricultural sector to the different and changing climate zones.

A third opportunity is the role India could play as a leading nation in the architecture of global markets. We see weakening of multilateralism and the inability of the global trading system to adapt to new technological changes to address concerns on the use of industrial subsidies and the role of state-owned enterprises in international markets and to deal with differences in development between WTO members and their WTO obligations. Sustaining the rules-based multilateral system is key. To address the challenges in the multilateral trade system it is important to have a common understanding of the tensions and conflicts. This requires an in-depth analysis and debate between WTO members on the source of the problems, on the ineffectiveness of the WTO to address them and on long-term solutions. The G20 gives an excellent opportunity for having this fundamental debate on a sort of a re-engineering of the multilateral trade architecture. India, as one of the most important global players and having the G20 presidency in 2022, can play a major role in organising this debate.

There is room for India to deepen its relationship with the global economy. Even if India would act alone on reducing trade barriers, it would give benefits in terms of growth and employment. And we all could benefit from a strong role of India as a leading nation in the G20. A role focused on improving and strengthening the global trade architecture.

—The author is the ambassador of the Netherlands to India.