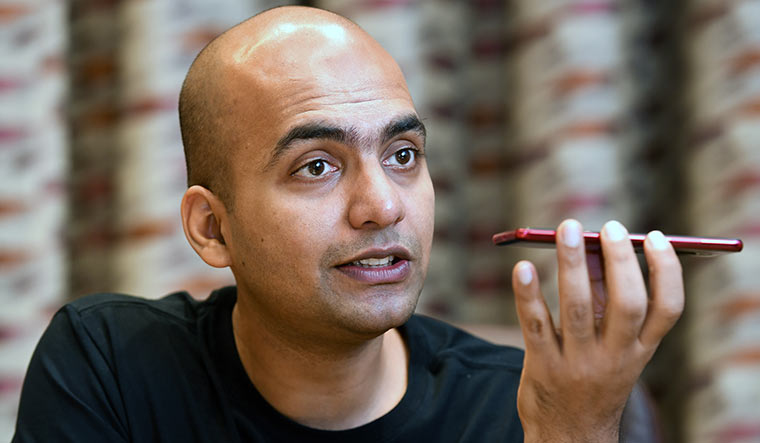 With around 30 per cent market share, Xiaomi is the leader in India’s highly competitive smart phone market. It is also the leader in smart televisions and fitness bands. Interestingly, the Chinese company is on a Make in India mission—about 99 per cent phones it sells in India are made in India. “Not just the product, but the components are also made in India,” says Manu Kumar Jain, managing director of Xiaomi India. Jain, 38, was Xiaomi’s first employee in India, and has been instrumental in the company’s success. In an exclusive interview, he explains how the company maintains high quality at low price points, how it differentiates itself in the crowded market and the challenge of being a Chinese brand in India.

Q/ It has been an eventful journey for Xiaomi and you. What were the initial challenges that you faced?

A/ When Xiaomi came to India in July 2014, I was its first employee. We started off at a coffee shop next to the Flipkart office at Kormangala in Bengaluru. I came from an internet background and had cofounded the e-commerce company, Jabong, which I exited in 2014. When we started, only 6 per cent of the Indian retail market was online. When we decided to go for the online model with a partnership with Flipkart, many people advised us that we would never succeed in the Indian market. We brought in only 10,000 phones. We had around 10,000 Facebook followers at that time and thought that these people would buy our phones. However, when the sale went live, around five lakh people placed orders, and the Flipkart website crashed. Within three years, we became the number one player in India and even overtook Samsung. This was without spending on branding and advertising. Since then, for the past eight quarters, we have been the number one smart phone brand in the country. Now we are also the largest smart television brand and the largest fitness band brand.

Q/ What clicked for Xiaomi in India?

A/ First of all, we offer the best specs or innovation. For instance, our flagship, Redmi K20 Pro, costs around Rs30,000. It competes with phones that cost Rs60,000-70,000. Many of the brands have good specs but horrible pricing. We have been able to do this because we have cut down on all the possible costs. In the first three years, we spent no money on branding and advertising. We have started doing a bit of advertisement because we have now started concentrating on our offline business. Even for the offline segment we have only one level of distribution; dealers and retailers procure the products directly from us. At our factory, we have very simple operations, and as a result, our inventory costs and working capital costs are much lower than that of our competition. This is mainly because we launch very few phone models every year. Besides this, we have a business model on making less than 5 per cent of profit margin on all our hardware products. It is written in the board resolution of our company. We pass on all these benefits to the users.

Q/ What differentiates Xiaomi in the crowd of Chinese mobile phone makers?

A/ We are a startup and have a young workforce, mostly in their early or mid 30s. Most of them do not come from a smart phone or a consumer durable background. Rather, many of them come from an internet background. As an organisation we have never followed the conventional way of working and have always tried to disrupt the market by doing things differently. We also take decisions very fast—for communication we use chat, rather than e-mail. Our offices do not have cabins. We also believe that it is perfectly fine to make mistakes as long as you learn from them and as long as you do not repeat them.

Q/ Has it been a challenge in India being a Chinese brand?

A/ It really does not matter whether your origin is Chinese, Japanese or Korean or any other country. Any company that makes innovative and good-quality products and makes it available for a good price is a company which will win from a long-term perspective in the market. If we look at our India business, we are the most loved technology brand in the country despite being a Chinese headquartered company that is listed in Hong Kong. We have never hidden our Chinese origin. We have many cofounders who have worked in different parts of the world and have worked in prominent MNCs such as Motorola and Google. This has helped us in having a multinational approach. I have also never seen this sentiment in India that we should not buy Xiaomi due to its origin in China.

Q/ You sit on the boards of many group companies? 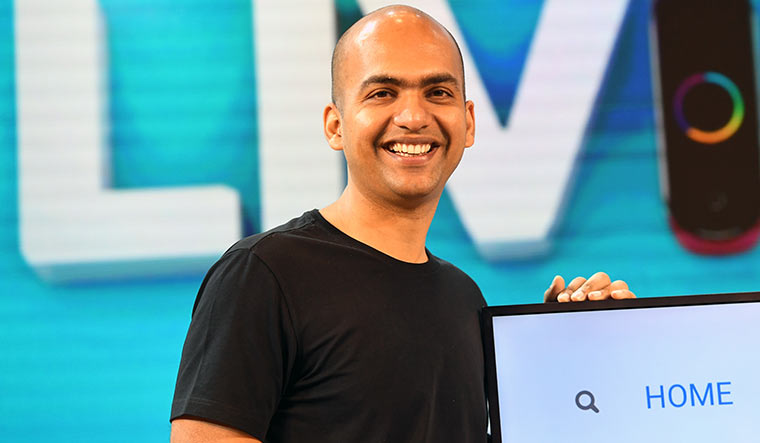 Q/ Are you seeing any slowdown in the smart phone market in India?

A/ We are yet to see any major slowdown in our industry, especially the smart phone business, because a smart phone is not something that people buy splurging money unnecessarily. It has become a necessity in today’s world. We need it for almost anything, be it running a business, for work, for education, for entertainment and for booking a cab. We still feel that this industry will continue to grow. In 2018, 150 million smart phones were sold in India, but along with that there were 150 million feature phones that were sold, too. Forty crore people in India are still using basic feature phones and when even one member in a family starts using a smart phone then there is a positive traction in the market. For instance, my son’s nanny had a feature phone and I gave her a smart phone as a gift. Once she started using it other members of her family also started using smart phones. We feel that the market will grow and in the next three to five years, 200 million smart phones will be sold in India a year.

Q/ How do you see the potential of 5G technology?

A/ The government has announced that the 5G auction will be held later this year or early next year. We believe that 5G technology will be a game-changer, similar to 4G. When 4G was launched, the adoption was a little low initially. We were one of the first to launch a dual band 4G phone at the end of 2014 in India under Rs10,000. Even after the auction it would take some time for the operators to set up the 5G network in the country and then some of the flagship 5G phones will start coming in. The starting point is spectrum auction. We have introduced 5G phones in Europe, and China will move to 5G phones next year.

Q/How do you plan to break into the fast-growing premium segment?

A/ Today, most people buy expensive smart phones mainly as a status symbol. Some people even buy Rs1 lakh phones. Xiaomi phones compete with all the high-end phones selling at higher prices. We have premium phones without a premium price. Our focus will be on the mid-level segment only. In July, we introduced a very expensive phone, though not commercially launched, at Rs4,80,000. It was the gold version of Redmi K20 Pro, and only 20 units were made. We may auction them. It is easy to make an expensive phone by offering specs at a higher price, but the challenge is offering those specs at half the price.

When we started, the average price point of a smart phone was Rs6,000. Now it is around Rs10,000. Four years ago, phones that cost more than Rs 15,000 formed only 5-6 per cent of the total market. Now they form 15-16 per cent of the market. India is still a price-conscious market; China, the US and Europe have much higher average prices of smart phones.