Our target is charging EVs with renewable energy 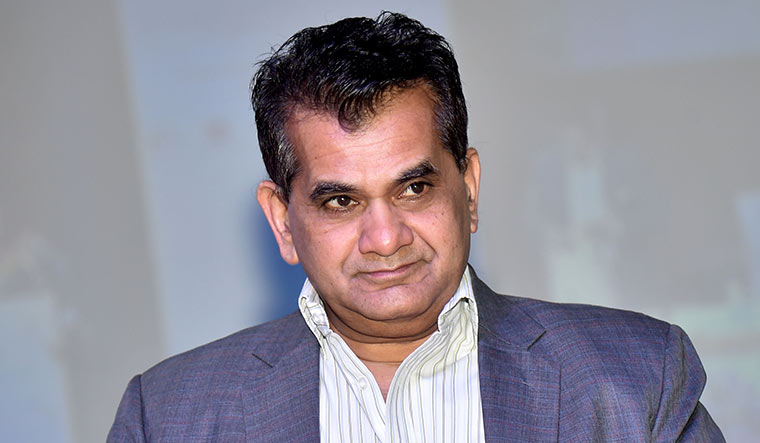 Q/ It is a chicken-and-egg situation now for consumers, between going for electric vehicles and waiting for charging infrastructure.

A/ Disruption is inevitable. If we move very slowly, we will [continue as] an importing nation, like we have done in the case of mobiles, telecom and solar. We must, in the case of EV and EV batteries, manufacture in India and create jobs for Indians. Secondly, it is not possible to continue with the same level of pollution in our cities. We need to bring zero emission levels. Whether you want to do it in 2050 or 2047 is a choice Indians will have to make, but the government’s job is to improve the quality of life for its citizens.

Thirdly, we import a massive amount of fuel—85 per cent. We must be able to utilise renewable energy. India [tends to] get into sunset industries. This is a sunrise industry and India needs to accelerate the pace. If we do not get the right size and scale, we will constantly be dependent on imports. That is why we need to put the size and scale in it.

A/ India is very different from the rest of the world. We have proceeded first with two-wheelers, three-wheelers and buses. In two-wheelers, a large number of startups are disrupting with vehicles where the batteries can be charged at home. And whether anybody likes it or not, there will be 100 per cent electric three-wheelers in India and made in India by 2023.

So the question of infrastructure comes up only in the case of four wheelers, which we are not pressing for now. We are pushing for electric buses which are being promoted under the FAME scheme. We are asking the oil companies to put up charging stations on national highways.

Q/ What is the next logical step?

A/ We need to ensure that we manufacture batteries in India. We are working on giga factories, we have put out bids for it. A lot of work has been done. Storage and battery is the key. This is what we are pushing for.

Q/ Detractors say there is no point in the EV drive since most of India’s energy is from coal.