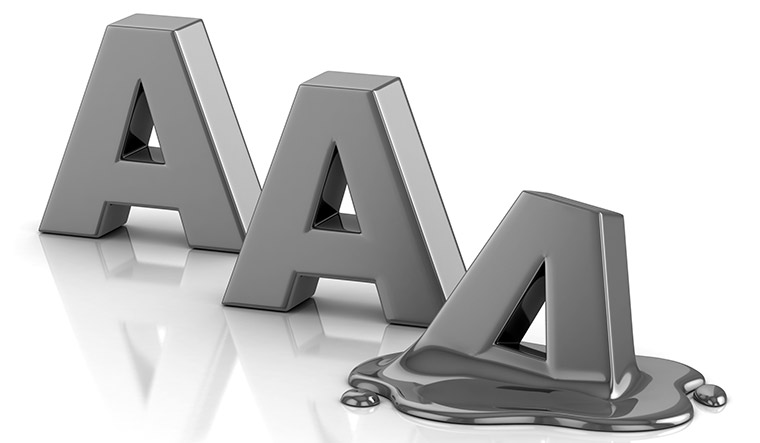 WHEN INFRASTRUCTURE finance company IL&FS defaulted on a series of debt repayments from August 27 last year, it shook the markets. It came as a surprise, as just three months earlier a credit rating agency had given a AAA rating with a stable outlook on the company’s proposed non-convertible debentures (NCD). Two months before that another credit rating agency had assigned AAA outstanding rating on its long-term loans and NCD programme.

The rating agencies eventually downgraded the credit ratings on IL&FS as its debt levels mounted, but even as late as on August 16, 2018, just 10 days before it defaulted, one agency gave it a AA+ outstanding rating. Just a month later, on September 17, the ratings were downgraded to D, which is junk status.

Many questions were raised on how the agencies had failed to spot the troubles brewing at IL&FS and raise any red flags. Credit rating agencies were also caught napping in other cases such as DHFL this year and Amtek Auto in 2015.

Grant Thornton India recently conducted a forensic audit on the rating of IL&FS and group companies in the 2008-2018 period. The interim report says IL&FS and its key employees managed to get favourable ratings or avoided the ratings being downgraded by offering gifts and favours to key employees in the credit rating agencies. It was found that credit rating agencies consistently maintained good ratings for IL&FS until July-August 2018, even as there were many emails indicating that the group was under stress or faced liquidity issues since 2015.

More importantly, the credit rating rationale (the explanation associated with a rating), which is supposed to be drafted by the rating agencies, was “materially modified by” key IL&FS employees or “significant suggestions” from them were incorporated to support the good ratings, says the report. CARE Ratings, ICRA, India Ratings and Brickwork were the key agencies that rated the debt instruments of IL&FS and its group companies.

Corporates, non-banking financial services companies, state-owned institutions and many other entities raise debt from the market by way of commercial papers, non-convertible debentures (NCD) and long-term bank borrowings. They also raise funds by issuing NCDs to retail investors. This credit is reviewed by rating agencies and ratings are assigned. The agency monitors the rating it has assigned over a period of time and downgrades it if the company’s financial position worsens or upgrades if it gets stronger.

Banks, debt mutual funds and insurance companies use these credit ratings to decide on where to deploy their funds or which debt papers to buy, but they also do their own due diligence. Usually, it is the issuer of the debt paper who pays the credit rating agencies for the ratings and that is where a conflict of interest arises. “Credit rating agencies let their commercial interests come ahead of their responsibility to investors,” said Shriram Subramanian, managing director of proxy advisory and corporate governance firm InGovern.

The Grant Thornton audit report mentions potential gifts and favours such as facilitating the purchase of a villa for a senior executive’s wife, arranging tickets for La Liga matches and donating to a trust whose managing trustee was also the chairman of a credit rating agency. A review of emails indicated that many key officials of credit rating agencies were given gifts such as smartwatches and shirts.

Two credit rating agencies recently asked top executives to take leave after getting anonymous complaints about malpractices. ICRA sent its MD and CEO Naresh Takkar on leave, “pending completion of examination of the concerns raised in an anonymous representation that was forwarded to the company by Securities and Exchange Board of India.” CARE Ratings sent its MD and CEO Rajesh Mokashi on leave citing examination of an “anonymous complaint” received by SEBI.

The rating agencies defend their role saying they do not act in isolation. “To judge a credit rating agency, one needs to evaluate how its cumulative default rates and rating transitions have behaved over a long-term horizon since the long-term ratings need to be viewed from a long-term perspective only,” said CARE Ratings.

Experts have been calling for an overhaul of the current model of credit rating agencies communicating with clients through the rating process. “Rating agencies share rating reviews with companies before making them public,” said Subramanian. “Unless it is a AAA rating, no company is going to take it lying down. This model is itself flawed and should be stopped immediately. Just like proxy advisory firms share their views with shareholders directly, rating agencies should do it independently.”

SEBI, too, has felt the need to strengthen the disclosures made by rating agencies and enhance the ratings standards, and, as a result, rating agencies have to disclose on an annual basis the average one-year, two-year and three-year cumulative default rates for the past 10 financial years. Also, in consultation with SEBI, rating agencies will have to prepare and disclose standardised and uniform probability of default benchmarks for each rating category on their website for one-year, two-year and three-year cumulative default rates, both for short term and long term. These benchmarks will have to be disclosed by December. SEBI is likely to widen its probe in the IL&FS case and look deeper into the role played by rating agencies and the lapses, if any, in the backdrop of the Grant Thornton report.

“Ratings agencies need to be conscious about and look more closely at their ratings process,” said A. Balasubramanian, CEO of Aditya Birla Sun Life Mutual Funds. “The probability of benchmark defaults will act just like mutual funds have riskometers for their schemes.” A riskometer, which was made mandatory in 2015, disclose the level of risk of a particular scheme to help investors be better informed.