Despite concerns, NBFCs will continue to be critical for financial inclusion 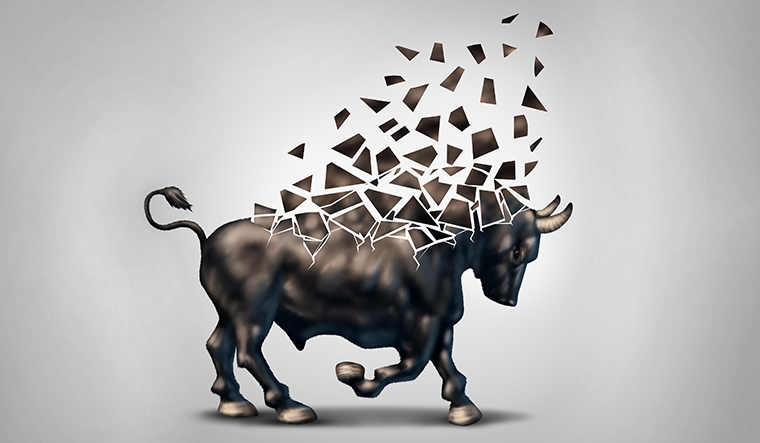 Non-banking financial companies (NBFCs) have been in the news for all the wrong reasons recently. The sector took a beating in the stock market with defaults and liquidity challenges, specifically related to one large NBFC—Infrastructure Leasing and Financial Services (IL&FS). The IL&FS group defaulted on commercial papers (CPs)—promissory notes with a validity of one year. Several corporates, mutual funds, and insurance companies had their funds locked in IL&FS debt instruments such as CPs and non-convertible debentures. The situation created a liquidity shortage of close to Rs1lakh crore in the system.

The NBFC lending model is also under pressure as a result of increased internal and external forces such as stiff competition and the entry of fintech players leveraging technology-based operating models. Additionally, dynamic regulations are increasing the cost to comply and restricting the ability to freely impose pricing. Experts say that economic volatility, shrinking credit performance and pricing pressure (because of eroding margins and other disruptive forces) necessitate a relook at the building blocks of a robust, sustainable and profitable NBFC business model.

Although the problem seems isolated, it has caused concern among regulators because of the risk of contagion. Given that the NBFC sector is now large enough to impact the whole economy, this entails some remedial measures, including new compliance measures, lending slowdown and potential consolidation by larger players. Regulatory changes and government initiatives have altered the operating mechanism and necessitated changes in the risk management framework for NBFCs. In the first half of 2018, the RBI pro-actively cancelled licences of 368 NBFCs, deeming them economically unviable for failing to meet the requirement of Rs2 crore of net owned fund. This was more than double the number of cancellations in 2017.

“The health and success of the NBFC sector has far-reaching implications on the inclusive development of the economy, financial inclusion of diverse population segments, capital formation and eventually the growth in GDP,” says Rajendra Kumar Sinha, chairperson, Centre of Excellence in Banking, IFIM Business School, Bengaluru. “NBFCs have played a critical role as a key contributor to the economy by providing a fillip to infrastructure, employment generation, wealth creation and access to financial services for the rural and weaker sections of society. The sector continues to remain at the forefront in driving new credit disbursals for the country’s under-served market.” Over the last five years, the NBFC lending book has grown at nearly 18 per cent, driven by a deep understanding of target customer segments, use of technology advances, lean cost structures and differentiated business models to reach credit-starved segments. It is estimated that the NBFCs may capture 20 per cent of credit market by 2020. However, the NBFC market has been dominated by large players, and many small players have struggled to scale up operations profitably.

Experts feel that in the wake of the IL&FS crisis, RBI may embark on another clean-up of the sector, and resort to cancellation of NBFC licences and making it difficult for new entities to obtain NBFC licences. “With the timely intervention of the government in resolving the crisis in the concerned NBFC, followed by the much needed clarifications and awareness messages given by the representative body— Finance Industry Development Council—and the leading players in the industry, the sudden panic seems to have died down,” says Sinha. “The sector has withstood such turbulent times even in the past, and has always come out stronger.” 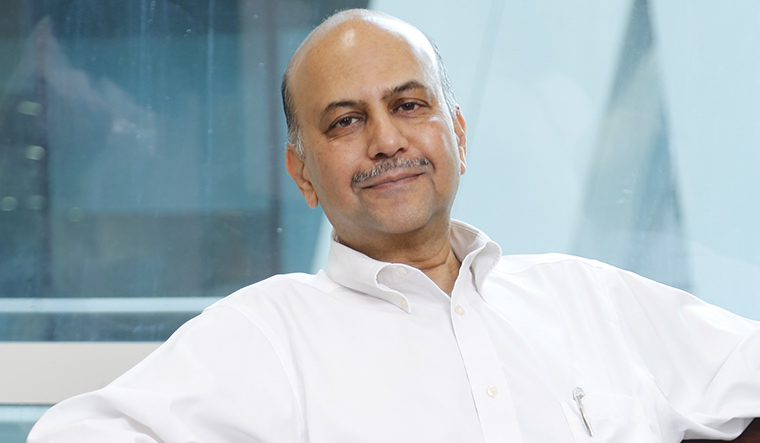 Many experts from fintech companies believe that the NBFC sector will recover soon. “A recent report by the World Economic Forum and Bain & Company shows that consumer spending in India will increase from $1.5 trillion [now] to $6 trillion [by 2030],” says Sameer Aggarwal, founder and CEO of instant lending startup RevFin. “With this growth will come a demand for credit, especially through digital channels. Most of the growth will be in digital lending.” He adds that challenges of the macro economy will continue in India and globally. “Also, as new customer segments start demanding loans, it will become difficult to assess them based on existing criteria,” says Aggarwal. “Therefore, to survive in the future and to grow, NBFCs will need to make investments in digital technology, analytics, and development of alternate data sources to outperform their competitors. This can happen through partnerships with fintech companies, or better still through building in-house teams.”

Aggarwal also feels that investor confidence in the NBFC sector is low at the moment. “Being an election year, there is also general uncertainty in the market,” he says. “These are only short-term trends as the underlying credit demand and performance remains strong. The sector will bounce back in the next few months.” Besides this, says Aggarwal, liquidity is the biggest challenge for the sector. “When liquidity is low, growth gets restricted,” he says. “In such a scenario, delinquency ratios also increase because of the shrinking book size. When delinquency ratios increase, it leads to further reduction in investor confidence. Cost and time for loan processing also remain very high.” He says that Aadhaar-enabled KYC was instrumental in solving this problem. “Post the Supreme Court verdict, that has also stopped,” says Aggarwal. “While the government is mulling a new regulation for this, it is doubtful whether this can happen so close to the elections. Another challenge will be data security. This is a global challenge and governments everywhere are working on strengthening regulation. Compliance with new regulations will be time consuming and expensive.” 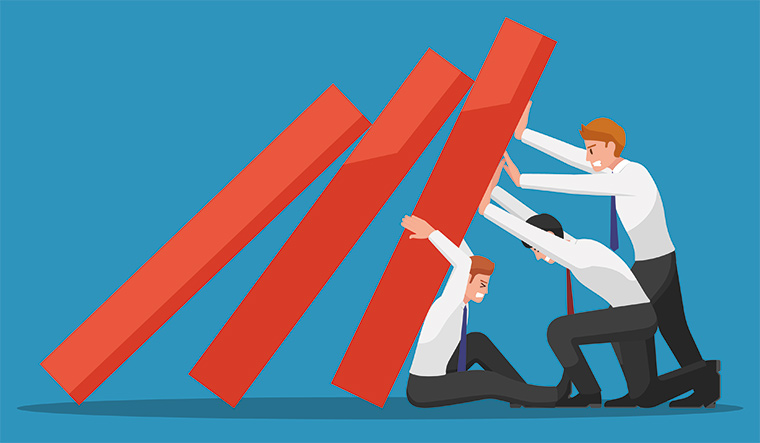 Analysts also say that with the recent liquidity crisis, there is a cloud of confusion, and all NBFCs, irrespective of their balance sheet strength and businesses, are being painted with the same brush. “What started because of default on debt obligations by a single entity is now being given the unfair perception of an 'industry-wide' problem, pushing up markets-based borrowing costs and affecting liquidity strength for everyone in the system,” says Piyush Khaitan, founder and MD, NeoGrowth Credit Private Limited. “The government and the RBI are taking swift measures to ease liquidity crunch fears. Securitising the assets should be the first step. Sufficient system liquidity comes second. Thirdly, the market needs to feel comfortable that the financial sector is well-regulated.”

Market experts are also of the opinion that banks are following a conservative approach by reducing their exposure to the NBFC sector. This is proving to be a challenge for smaller NBFCs to raise funds as most of the banks have decided not to fund NBFCs below a certain rating. Personal finance experts also feel that though the short term outlook for the sector looks tough, things will improve in the long term. Since early September 2018, when IL&FS defaulted, this market for short-term capital has completely dried up for many entities resulting in these institutions needing to cover their own funding gap with longer-term bond issuances, asset sales, and equity raises. This situation has eased slightly as the government has made some capital available through banks and has relaxed a few rules to enable funds to flow more freely. That said, investor confidence is still weak and the fundamental problem of duration mismatch—NBFCs borrowing in short terms and lending in long terms—is being scrutinised more closely by investors now. 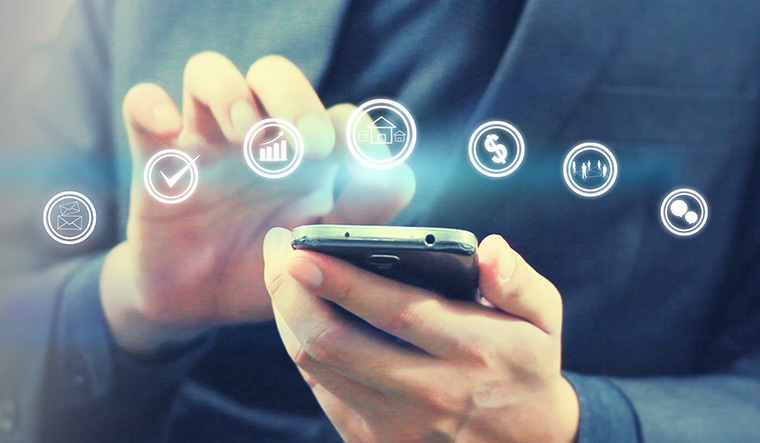 “Over the longer term, India still has a large population of non-banked and under-banked individuals and businesses, so there is plenty of demand-side opportunities that NBFCs are best placed to fulfil,” says Lucas Bianchi, cofounder, Namaste Credit, a Bengaluru fintech firm. “Over the past few years, NBFCs have come out with new underwriting and operating models that have resulted in their rapid growth. For instance, NBFCs like NeoGrowth has a product ‘Merchant Cash Advance’ where a certain line of credit is extended to businesses in exchange for a percentage of your daily credit card and debit card sales. Undoubtedly, some of these new products and processes will survive the current challenging environment and thrive as the liquidity crisis eases.”

Bianchi feels that the liquidity problem can be improved by increasing equity capital among NBFCs in order to reduce leverage ratios and improve confidence among commercial paper investors that their funds are secure. “The situation can also be addressed through a range of government initiatives, including an improved regulatory framework that gives more flexibility to capital providers and some sort of guarantee that provides a backstop for high-quality assets,” says Bianchi. “There are many ways of doing this. In the US, for instance, the government extended its financial support to money market mutual funds during the last financial crisis to ensure that the net asset value of mutual funds was maintained above $1.”

The NBFC crisis has already affected the kind of business they do with borrowers, fintechs and each other. In particular, interest rates have increased significantly across many loan types and underwriting standards have been tightened. For those fintechs that relied on NBFCs to provide funding to their clients, the decreased liquidity resulted in much less capital being available. The overall decline in loan volumes has had a dampening effect across the industry.

Experts feel that different measures can be taken to help ease the liquidity crisis in the NBFC sector. “The focus should be on increasing the money available to the sector,” says Satyam Kumar, co-founder and CEO, LoanTap. “One way can be by increasing the sectoral caps of LIC and pension funds for the money which moves into NBFCs. Also, banks under the RBI's prompt corrective action can lend to healthy PSUs, which, in turn, can lend to NBFCs.” Kumar says the NBFCs which are using technology to reach out and serve the customers have been affected by the Supreme Court's Aadhaar judgment. “The time and money saved by processes like e-KYC and e-agreement have been impacted,” he says. “One immediate action should be to get all the banks on the National Payments Corporation of India’s platform for net-banking based 'E-Mandates'. Our country still has lot of untapped credit requirement. All the NBFCs which can save on operating expenses and which provide innovative solutions to the customers, would do well.” The corrective actions taken by RBI and government’s positive approach to the sector, says Kumar, has built confidence and will definitely help bring stability to the NBFC sector. “More and more Indians are becoming tech savvy,” he says. “Smart phones have reached even the hinterlands. The NBFCs which do not reinvent themselves in line with technological changes will lose out.”

Banking experts such as Sinha also feel that in order to sustain the market, NBFCs should reinvent themselves and formulate a segmentation strategy, defining target customer segments, product proposition, distribution channels and geographical locations for operations. “The enterprise strategy must play on the NBFC lender’s strengths and focus on right market opportunities that will enable differentiation and are likely to generate success,” says Sinha. “At the same time, NBFCs must offer customers personalised, seamless, round-the-clock sales and service interaction, with well-entrenched engagement programmes to attract and retain customers, while maximising lifetime value.” He adds that lenders should also be willing to overhaul processes and transform operations instead of resorting to short-term mechanisms. “NBFCs must leverage technology-based tools to transform underwriting and decision making, thereby, helping drive competitive advantage and robust risk management,” says Sinha. “Overdue collections must adopt a customer focused, data-driven, relationship-based approach to maximise recovery and minimise write-offs. NBFC players should also have efficient risk detection, management and mitigation mechanisms to survive regulatory dynamics and market uncertainties and ensure that lenders are well capitalised to operate.”

Given the crisis and despite concerns surrounding the sector, NBFCs with robust business models, strong liquidity mechanisms, governance and risk management standards are well positioned to take advantage of the market opportunity. Hence, it is even more critical for new-to-market NBFCs to define and implement a balanced strategy that meets requirements across essential, core capabilities and differentiates across value-adding capabilities.