Kanmani, played by Manju Warrier, impresses with her brave demeanour 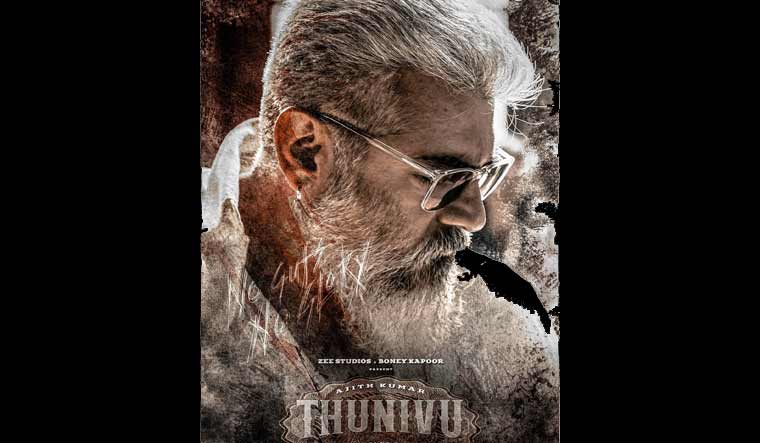 Beginning with a deep dive directly into the narrative, Thunivu opens with scenes of a local gang organising a major heist on Yours Bank with help from a police officer.

Everything goes as planned until a mysterious stranger overtakes the robbery and proclaims that he is now robbing the bank. The true name, identity, and intentions of the protagonist, played by Ajith Kumar, remain a mystery. The takeover of the theft is quickly shown to be a part of the sophisticated scheme, while the purpose behind these actions remains unknown.

The second part of the film veers in and out of the past, bringing in events that provide explanations and shed light on true motives and more. The aspect of amusement dropped substantially as the narrative progressed to focus on plot development. The subsequent events develop to expose a lot of deeper and uglier problems that emerge from under the surface. Because the true villain of the story is not revealed until the end, these twisted tactics and cryptic motives keep the plot's goals in a state of uncertainty.

Ajith's character gets a spectacular introduction that is sure to amaze fans. Apart from the gangster swag that the character manoeuvres, he even displays hints of nuttiness as he literally dances through the bank that’s being robbed with a gun. His new baddie appearance was much praised even before the film's premiere, and it undoubtedly contributes significantly to the authentic essence of his character, called "Dark Devil" in the film. The all-guns-and-action technique and his frequent use of violence to get things done his way fail to establish an emotional connection.

One powerful comment he makes against suicide is especially noteworthy. The film's double-crossing makes a connection with one of his previous roles in Mankatha, as he portrays the perfect hero-kind villain once more.

Kanmani, the female lead played by Manju Warrier, impresses with her brave demeanour, action, and stylish all-black outfits. Though the supporting cast delivered excellent performances, they were cast in mostly functional roles in the storyline and lacked character roundness. A notable mention would be the senior journalist, who is a comic relief character— well executed with witty dialogue paired with his problematic personality.

Thunivu is the third collaboration of the iconic trio of Boney Kapoor, Ajith Kapoor, and H. Vinoth. It is undoubtedly a fast-paced film that focuses on deeper themes such as financial fraud and political propaganda that exploits the unsuspecting public and their money. Elements of political power abuse and the thirst for money serve as important undertones throughout the story. This 140-crore film throws in some high-octane action, including helicopters and ships employed by the National Forces when they intervene.

With so many flaming firearms and violence, the film loses its sense of reality and comes off as a little exaggerated in terms of the number of bullets a human can take. Even at the film's finale, elements of humor and animated acting are present, slightly disrupting the intensity and momentum of the story. Ghibran, the film's music composer, has created catchy songs like "Gangster" that strongly support and contribute to the overall mood of the film. The background soundtrack is fantastic and wonderfully complements the onscreen action. Sundar Supreme's choreography for the fight scenes in the film is exceptionally clear-cut and crisp. The strategic placement of characters brings dimension and depth to the majority of frames in the film.

Thunivu is an action thriller that has its fair share of flaws and loopholes, but is surely a treat for Ajith fans as the film brings back the familiarity from his hit films while also offering something refreshing.